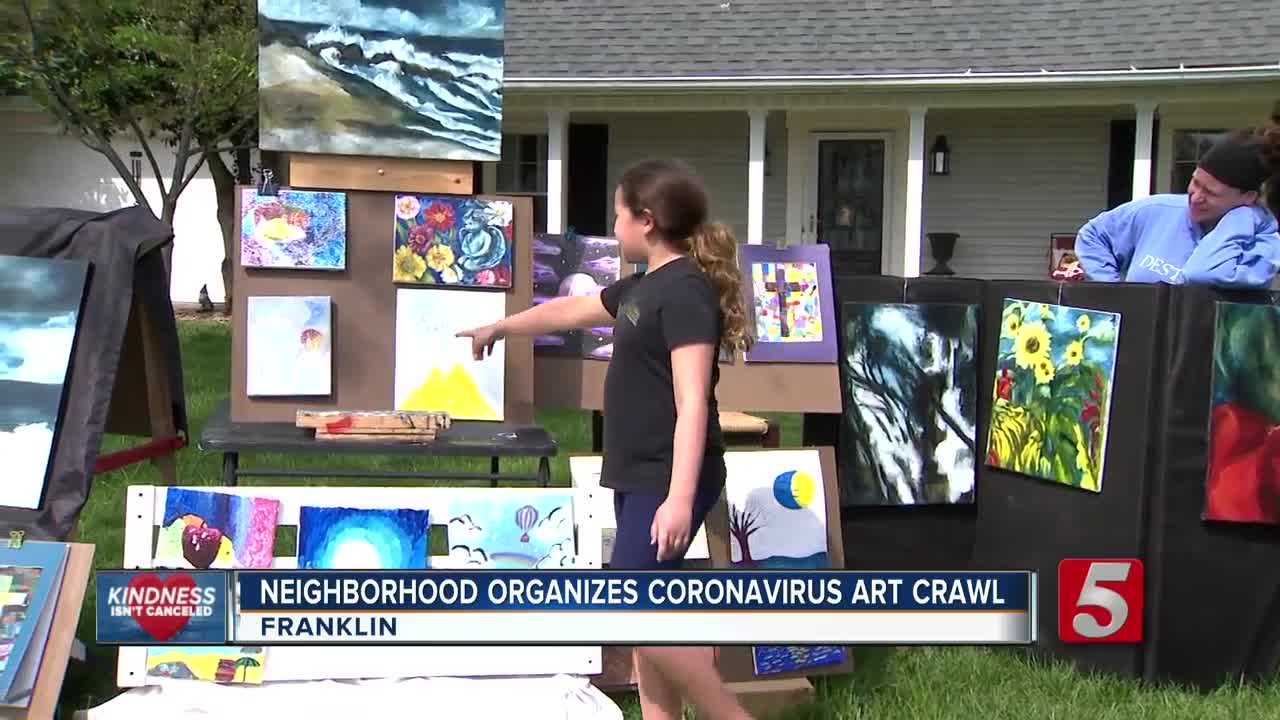 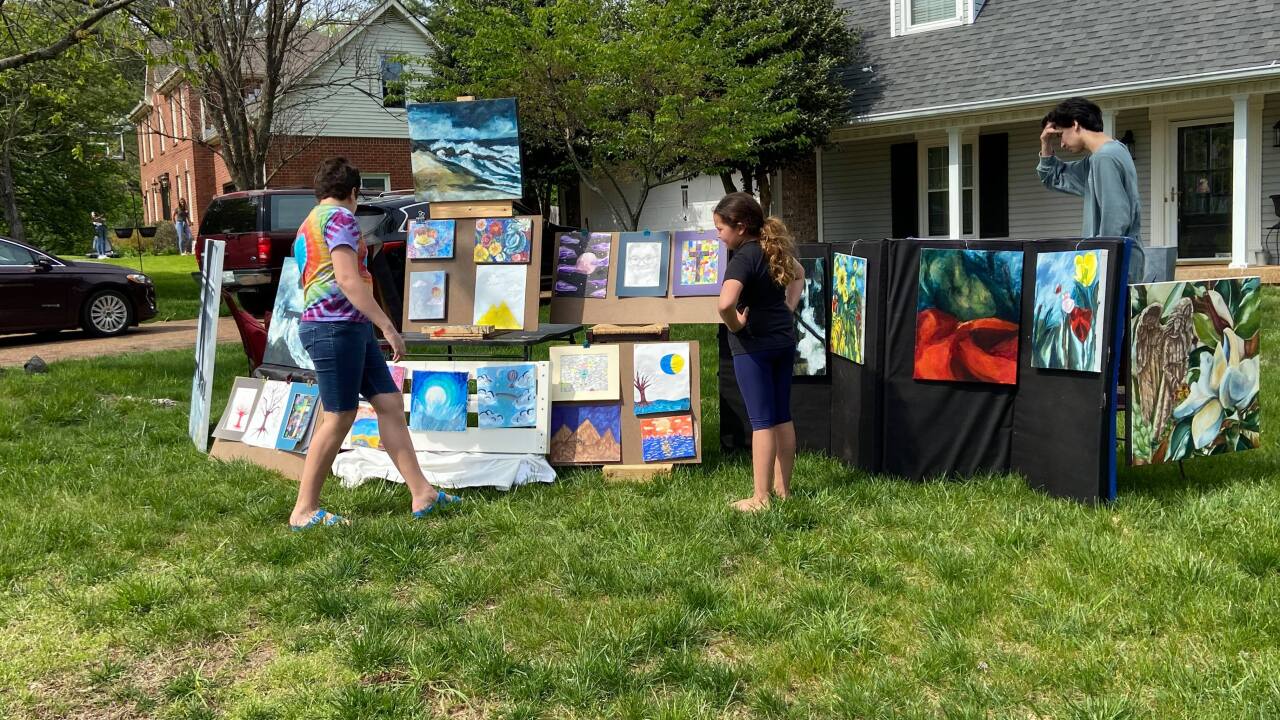 With the state of Tennessee under a stay-at-home order, many groups that promote the arts have had to shut their doors.

But two young women are proving that anyone that an art gallery can be enjoyed just a few steps away from your home.

"I like to do a lot of nature scenes," said Laurel Phelps.

The Phelps sisters realized they had old art projects just gathering dust around the house and a new audience that might enjoy a change in scenery.

"We noticed that a ton of people in the neighborhood had been bike riding, running, walking out with their families," said Lindsay Phelps.
So they decided to open up what they're calling Gallery 401. It's a play-on off their address. When they started the project, their across the street neighbor had his doubts. "It's amazing what you can come up with and keep yourself entertained," chuckled Ron Wilson. "They were probably getting stir-crazy. "

But even he can't question the result. "I've never seen so many people walking and biking," said Wilson.

Despite social distancing, the infection rate of the art gallery accelerated in their Franklin, Tennessee subdivision. What started in one yard has now spread into more than 20.

Artists of all ages and abilities are revealing their hidden talents. For Meredith and CJ, two seniors at Centennial High School, it's a chance to right a wrong.

"I don't have any place to display it, so it's cool to be able to do that," said Meredith Shaw.

They should be in the final weeks of their senior year, but with COVID-19 keeping them home, they thought their works would never see the light of day.

"This year, we were going to do a display from our art classes, and we didn't get to do that, so this was a fun thing to do," said Shaw.

Instead, it's giving their neighbors a chance to soak it all in.

"A sign of hope in a time where it's very stressful for everyone," said Natalie Anderson, one of the neighbors who participated in the crawl.

For the curators, it makes one thing very clear -- creativity and community isn't just important, it's a necessity.

"I've talked to people I've never talked to before, and that's kind of nice to establish that sense of community, even if we can't physically be together all the time," said Lindsay Phelps.

All participants in the Maplewood Art Crawl must keep six feet away from other participants to help with social distancing.

This story was first reported by WTVF's Chris Davis.