Teachers and parents call on schools to slow down reopening plans 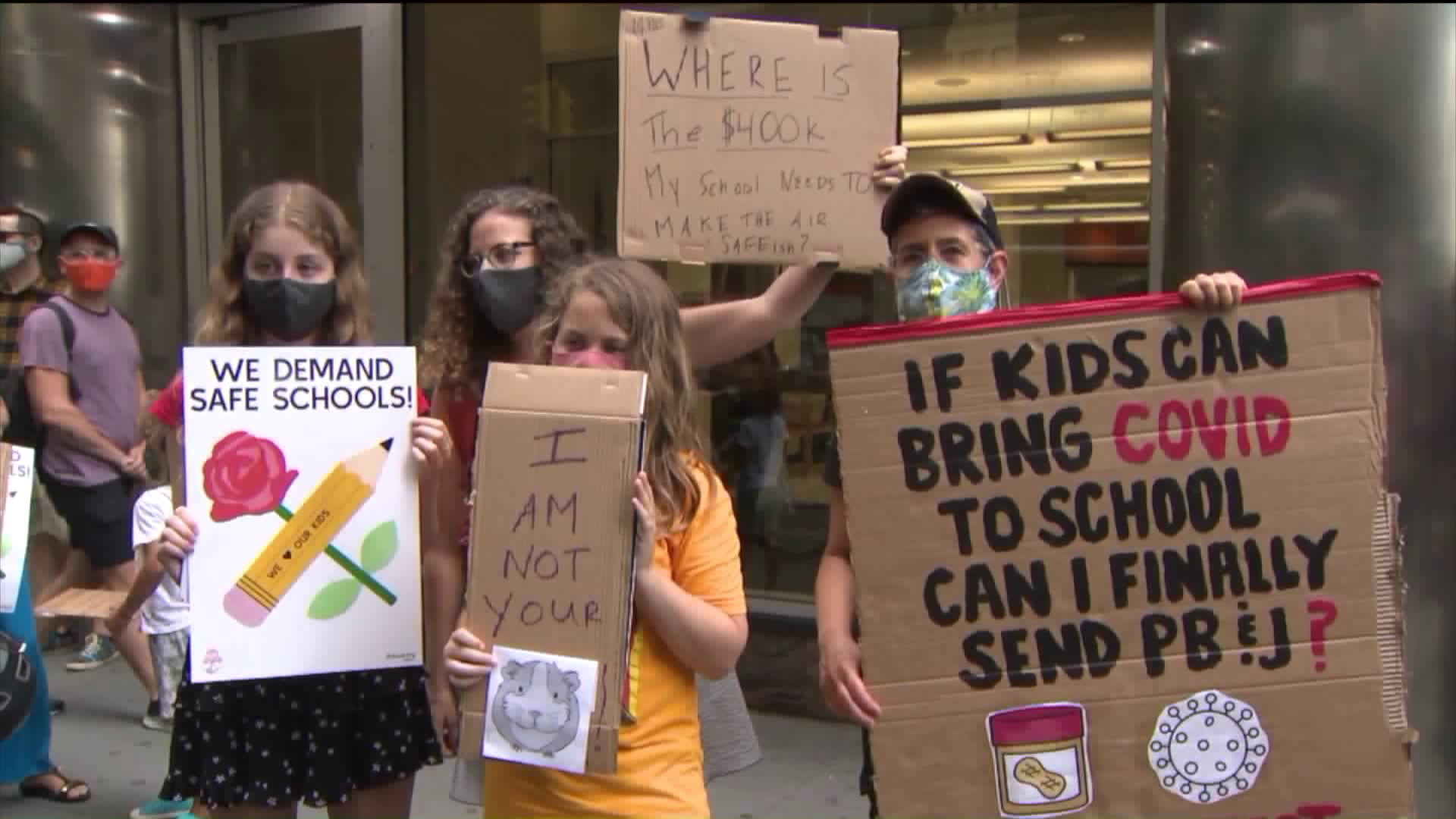 Teachers and activists marched in Manhattan Monday, rallying for a safer approach to schooling during the pandemic. 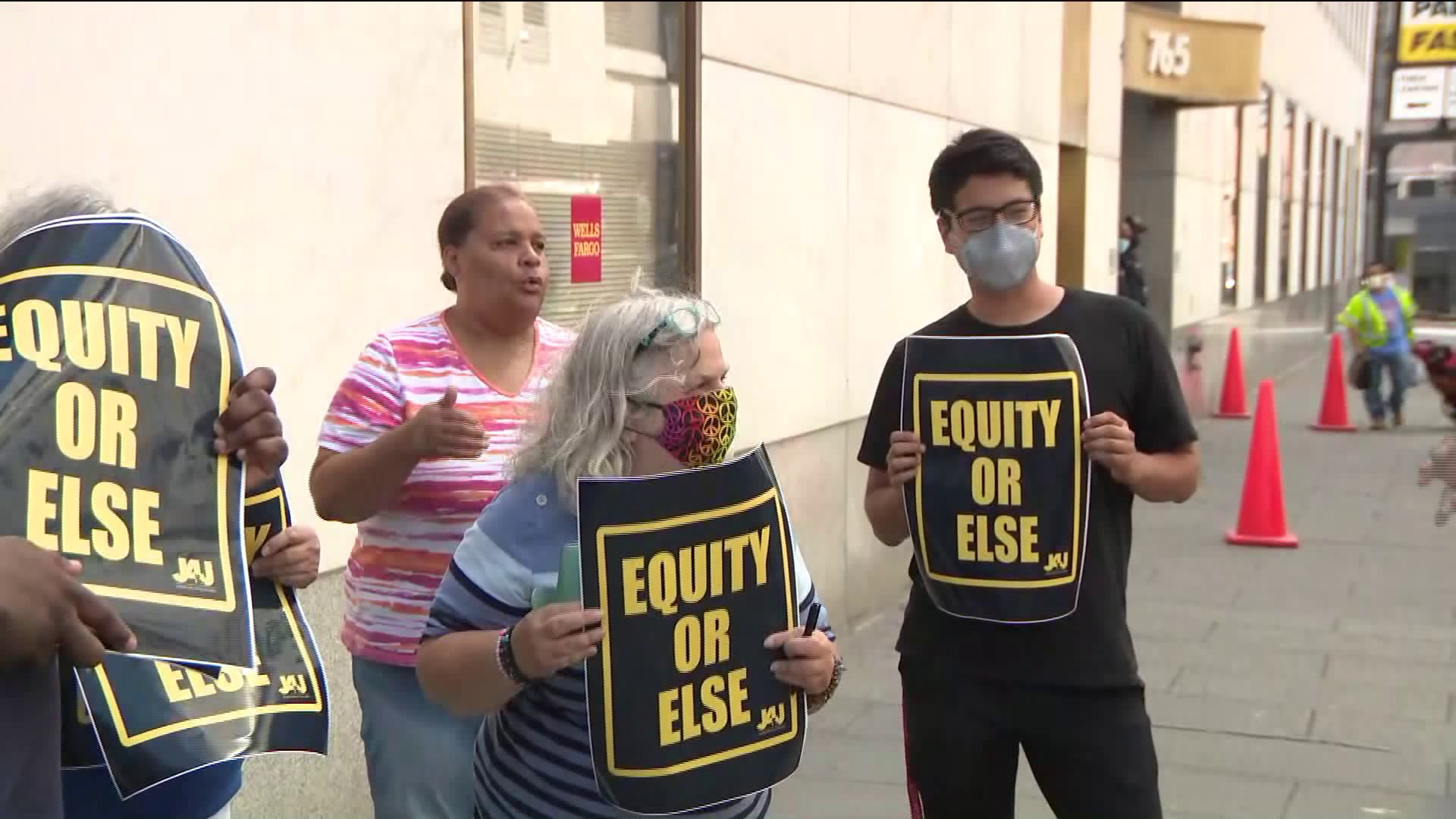 NEWARK, N.J. — From Chicago to Newark, a coalition of teachers, parents and activists in cities across the country made their demands clear Monday, calling on school districts to halt their plans to reopen schools amid the coronavirus pandemic until scientific data supports the move.

Hundreds marched in Manhattan on Monday and demanded officials put safety first for schools. Some carried body bags and a small casket to symbolize the consequences if proper precautions are not taken.

Bronx teacher Dermott Myrie is concerned about students that live in multi-generational households.

"Those who decide to go back [to school} are going to be infected. They're going to bring that back to their families," Myrie said. "We're asking to go full remote until January, at least until we get things in place.

Some also marched in New Jersey.

The current plan to reopen Newark public schools involves a number of options, including five days of full time, in-person classes per week; and hybrid schedules, which will be split between classroom instruction and remote learning.

The plan is not sitting well with parent Donna Jackson, who wants more transparency.

“We want to see health and safety reports on the schools,” Jackson, a grandmother of a 4-year-old Newark student, told PIX11. ”We want to see written documentation from the environmental cleaning companies, that fogging of every air system in every school, not only in Newark, but across the state, has been done.”

Chilling scenarios have already unfolded in some parts of the country, where schools decided to reopen for in-person classes.

In Indiana, a cluster of positive cases among staff members resulted in a school’s immediate closure soon after its first day back.

And in Georgia, more than 200 employees tested positive for the virus in a single school district after staffers returned to work in preparation for the first day of school.

Despite those cases, President Donald Trump on Monday once again renewed his call for schools to open back up, tweeting “cases are up because of big testing. Much of our country is doing very well. Open the schools!”

“He’s confusing the issue and creating unnecessary pressure, because people already feel it, they don’t need somebody to give them that kick,” Madelyn Huffman, an educator and former Newark resident said.

Many of the school districts across New Jersey, including Newark, have said their plans to reopen are tentative and could change change if the infection rate goes up.

Parents have also been given the option to enroll their children exclusively into remote learning. Many of those deadlines are fast approaching. In Newark, that day is Aug. 14.

In New York, officials have not yet decided if schools will reopen. State officials criticized Mayor Bill de Blasio's plans to reopen New York City schools, calling it more of an outline than an actual plan.

"I am past the point of irritation," de Blasio said. "I just focus on what I need to do for fellow New Yorkers."

Gov. Cuomo told New York City to come back with a more complete plan that will put educators and parents at ease.