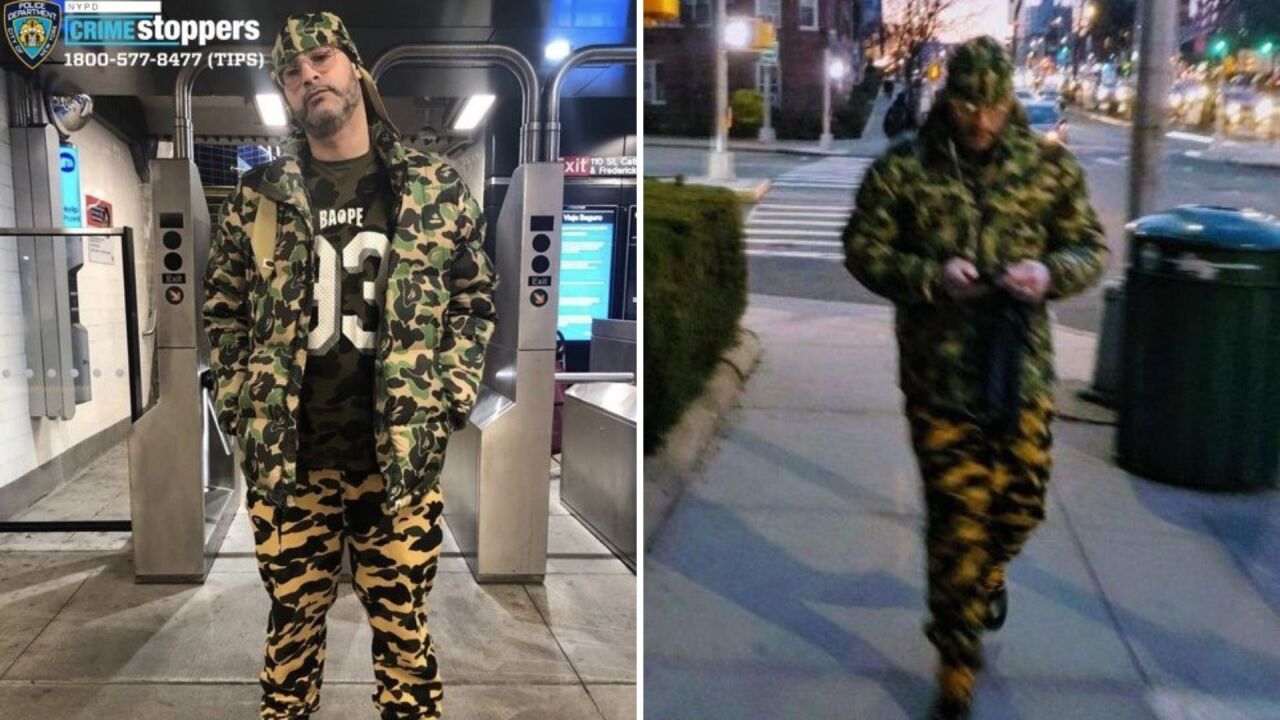 NYPD
Police are looking for this man in connection with a harassment incident in Forest Hills, Queens on Thursday, March 12, 2020.

FOREST HILLS, Queens — Police are searching for a man in another attack targeting an Asian individual amid fears over the coronavirus outbreak.

A 47-year-old Asian man and his 10-year-old son were on the corner of Queens Boulevard and 70th Avenue in Forest Hills, Queens, Thursday morning when a man repeatedly yelled at them, demanded to know where their masks were and then pushed the man, police said.

No one was injured and the suspect fled the scene, according to the NYPD.

On Friday, police arrested a 13-year-old boy in connection with a hate crime attack on an Asian man in East Harlem, according to the NYPD.

The 59-year-old victim was walking on Madison Avenue near 105th Street around 7:50 p.m. on Tuesday when the suspect approached from behind, kicked him and told him to go back to China with the virus, police had said.

Earlier Tuesday, a 23-year-old student from Korea was attacked in Midtown in an apparent hate crime connected to the novel coronavirus, officials said.

She was on West 34th Street near Fifth Avenue when another woman made anti-Asian statements and punched the victim in the face, an NYPD spokesman said. The Hate Crimes Task Force is investigating.

Gov. Andrew Cuomo, speaking earlier this week, said there is "zero evidence" that individuals of Asian descent are responsible for the transmission of the coronavirus.