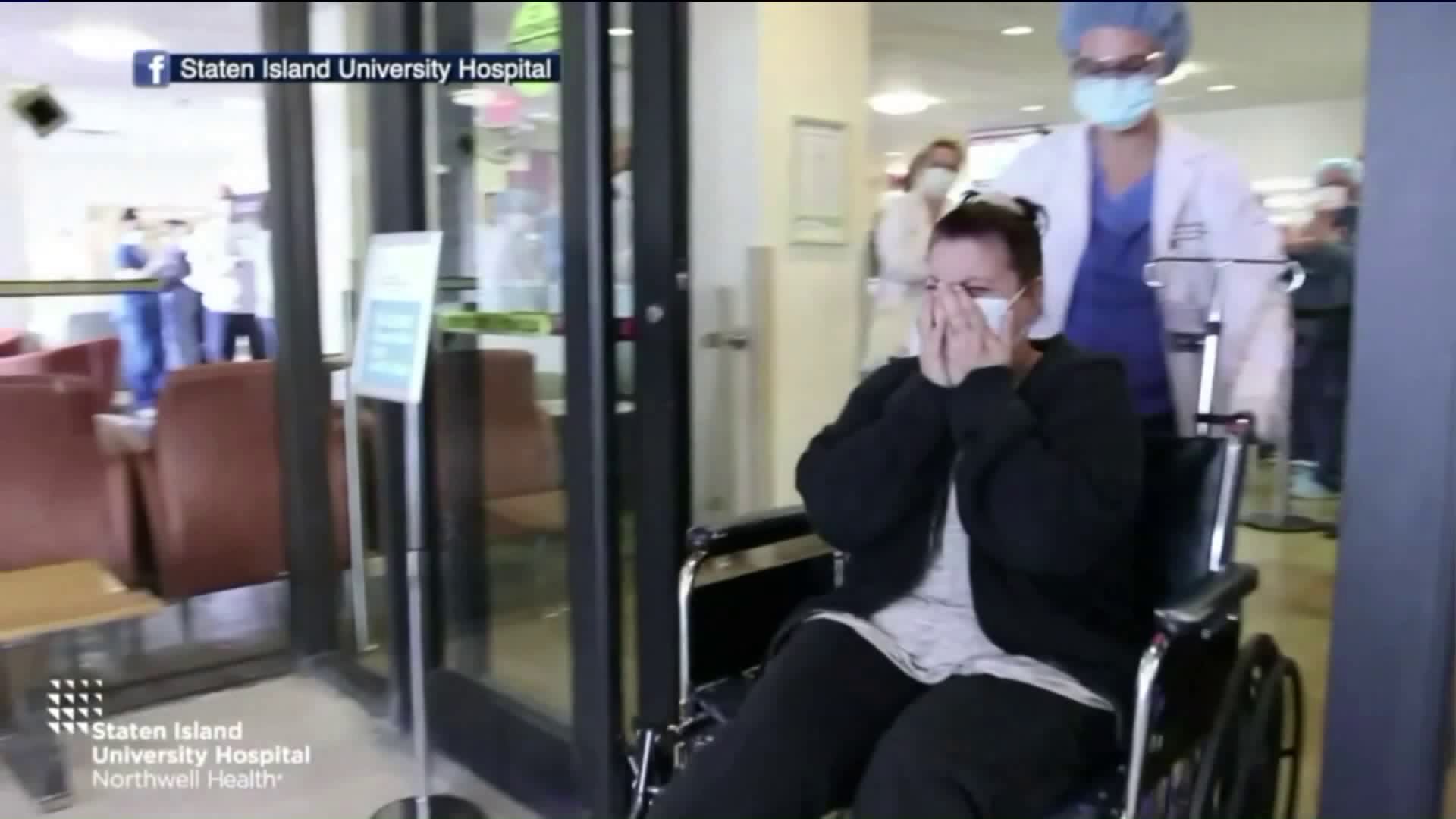 “The list” she has of people to say thank you to is “a mile long.”

STATEN ISLAND — Christina Paz, a mother of five, was very close to needing a ventilator in the critical care unit at Staten Island University Hospital.

The experimental, anti-malaria medication doctors gave her to stop the invasion of COVID-19 inside her body wasn’t working.

The physicians then started giving her high doses of Vitamin C with an IV antibiotic, coupled with magnesium and potassium.

They continued giving her breathing assistance with oxygen.

Then came a piece of good fortune in her battle against the virus that threatened to infiltrate her lungs more and put her on a ventilator.

“I just got extremely lucky,” Paz, 47, said from her home on Staten Island. “They were taking X-Rays and they could see the progression had stopped.”

Paz, a realtor, first got sick in the middle of March and thought she had a cold.

She had a low grade fever and thought she was simply run down.

“Within a day, it turned into something I knew wasn’t a regular cold,” Paz said.

Her husband, Enrique, took Paz to the hospital March 21 and she wasn’t getting better.

Paz was able to text her husband, mom and sister while in the hospital.

She said her husband, a college professor, “did an amazing job” keeping their children entertained and distracted.

The couple met in college. They’ve been together 26 years.

And when Christina Paz was discharged from the hospital after 15 days, it was inspiring to see doctors, nurses, physician’s assistants, housekeepers and so many other personnel cheering her journey to the exit doors.

Christina gasped when she saw Enrique waiting for her, getting out of the wheelchair and hugging him a long time.

“That was extremely overwhelming,” Paz said.

“Someone you miss so much—miss holding. I probably wasn’t supposed to grab him or touch him but I couldn’t help myself. It was a wonderful feeling.”

She had no underlying conditions before contracting COVID19.

She thanks the school community and all her neighbors for their prayers and love and the dinners sent.

“The list” she has of people to say thank you to is “a mile long.”