Some essential workers are fearful heading to work amid curfew 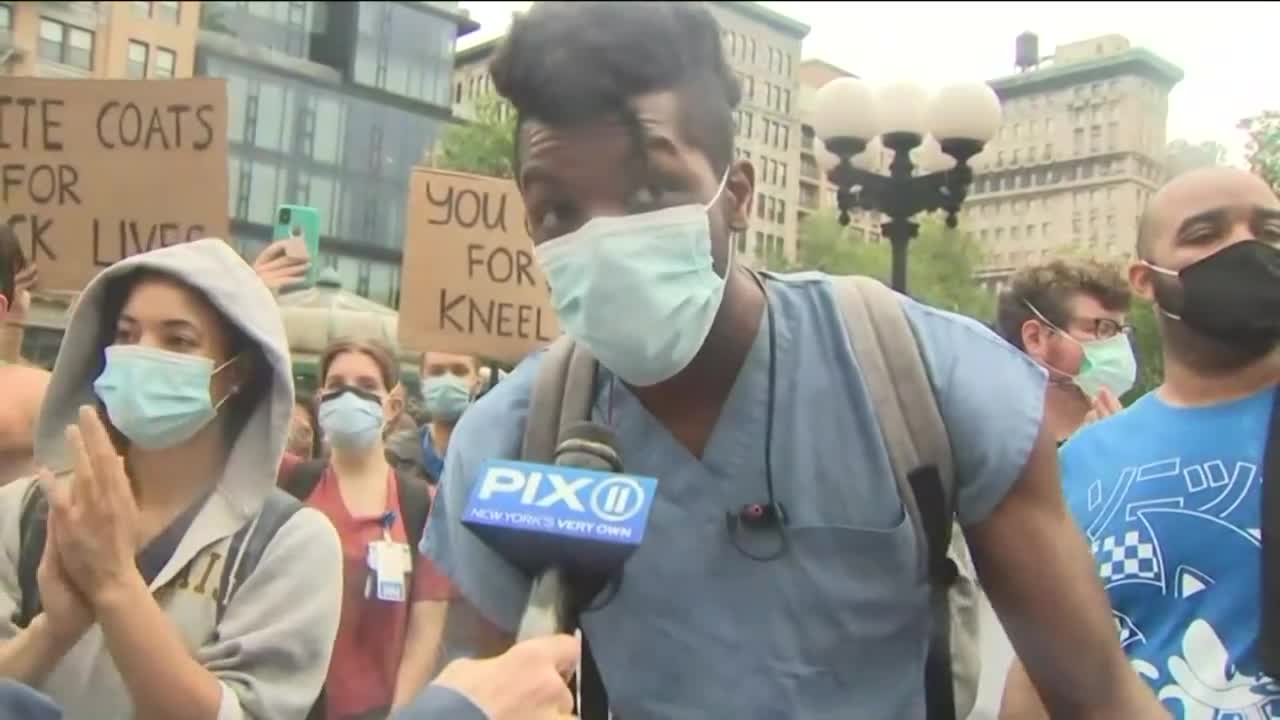 More and more calls to end the New York City curfew a few days ahead of time, as some essential workers, especially those of color, say they are facing obstacles in getting to work.

MIDTOWN, Manhattan — More and more calls to end the New York City curfew a few days ahead of time, as some essential workers, especially those of color, say they are facing obstacles in getting to work.

Dr. McDonald, who is African-American, says he worries every time he gets into his car to drive to the hospital for work after the 8 p.m. curfew has started.

“I wear my white coat when I am driving," he added. "I don’t even wear the white coat when i am at work. I keep my badge and ID easily accessible where an officer can always see where my hand is going during a car ride."

At a gathering of “White Coats for Black Lives Matter” in Union Square, many essential healthcare workers, particularly those of color, said they are fearful heading to work because of the curfew.

“When police intentionally impede us, we can’t do our job,” Lukmon Babajide, a Rutgers Pstchiatric Resident, told PIX11 News.

New York City Councilmember Mark Levine is very concerned, particularly after a food delivery worker was detained and handcuffed in his neighborhood by police on Central Park West and 109th Street after curfew. Levine is calling for an end to the curfew.

“Some are being harassed or arrested for doing their job,” Levine told PIX11 News. “It is unacceptable and the curfew has to end,” he added.

And while the mayor said the handcuffing of the food delivery worker was not acceptable, Mayor Bill de Blasio said he will not remove the curfew before Monday morning because “the broad goals”of the curfew have been achieved.