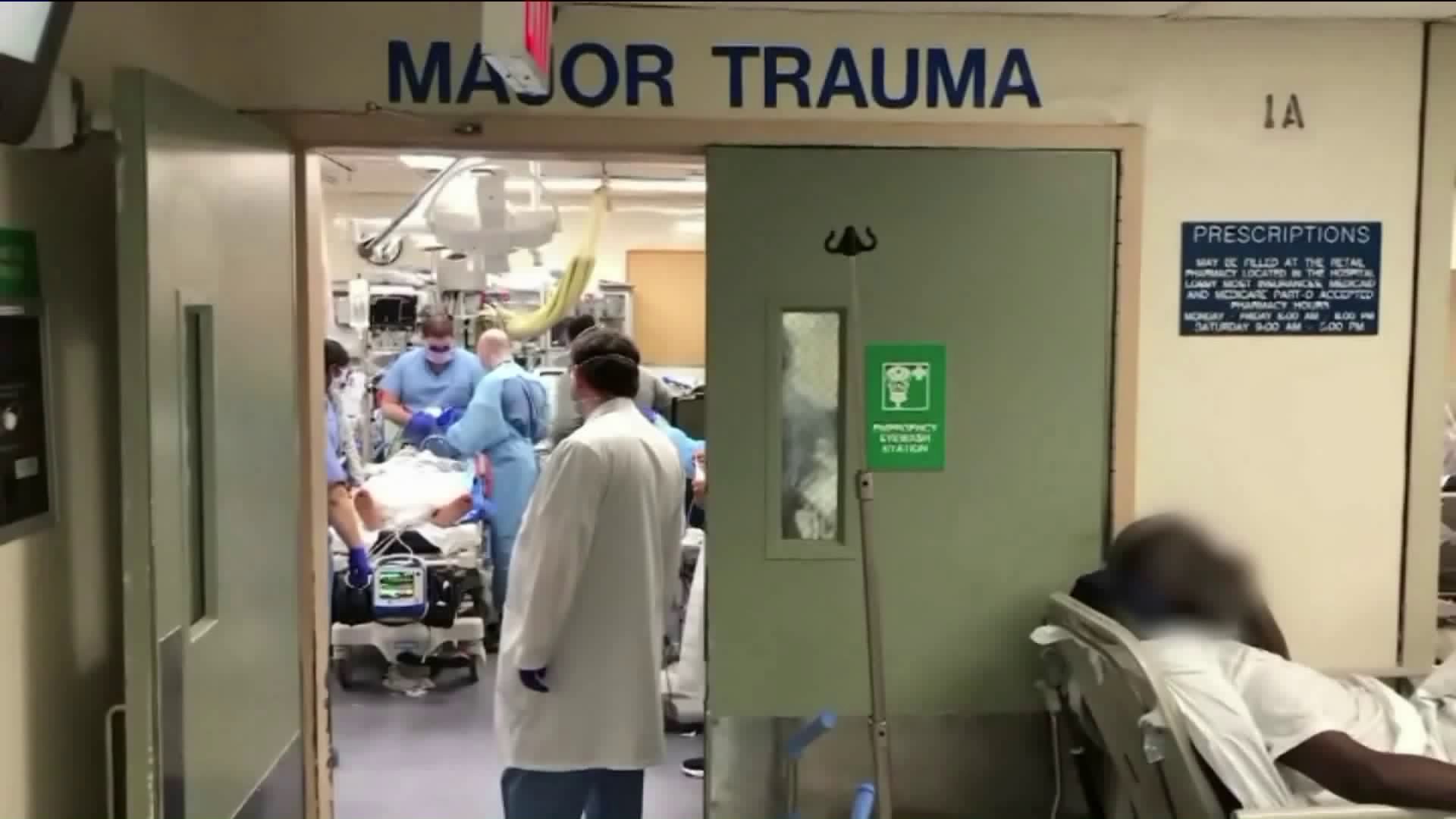 NEW YORK — There is still a lot of controversy over when we learned just how bad the coronavirus was and how rapidly it would spread.

The virus hit us like a tsunami and almost overnight, the number of cases and deaths skyrocketed. Now, a study by Columbia University suggests tens of thousands of lives could have been saved if we began social distancing earlier.

"Our estimates are that a majority of deaths would have been prevented, just over 50% of them would have been reduced if we had acted just a week earlier," said researcher and epidemiologist Dr. Jeffrey Shaman.

Shaman determined that not only would this have prevented death, there would have been at least 700,000 fewer infections had Americans been told to socially distance on March 8, instead of a week later when the CDC advised against gatherings of 50 or more people.

The study says that this would have saved more than 17,000 lives in the tri-state area alone and reduced cases by almost 210,000

President Trump has hit back at the study during a visit to Detroit Thursday.

"I was so early, I was earlier than anyone thought," he said. "I put a ban on people coming in from China and everyone fought me on that. Columbia is an institution that is very liberal, I think it's a political hit job if you want to know the truth."

The study foresees a resurgence of COVID-19 cases and deaths and suggests quick action to reimpose restrictions so we don't see a repeat of past mistakes.