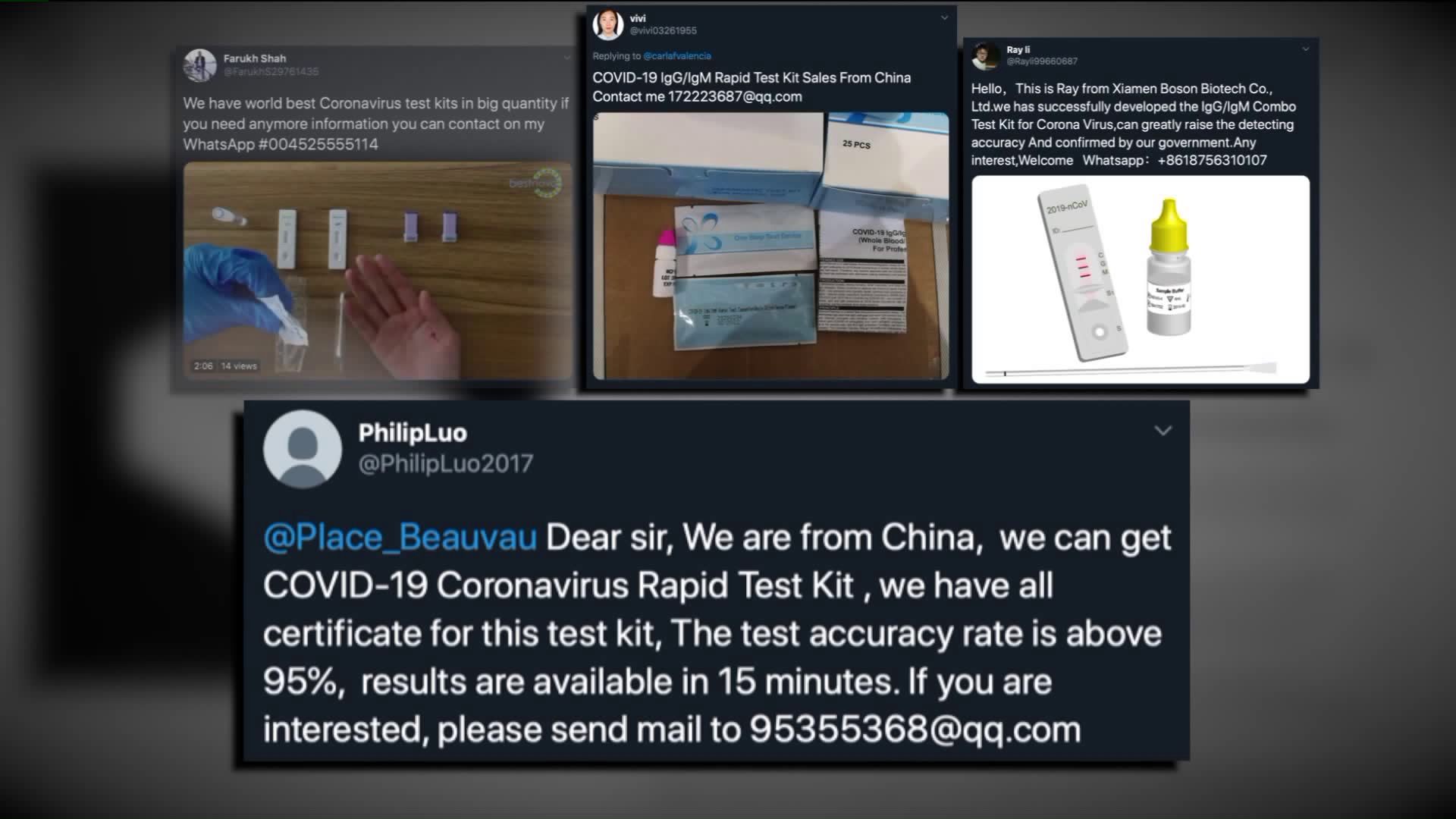 NEW YORK — “If you’re a scammer, unfortunately, this is like a paradise."

That's what UC Irvine Professor Timothy Mackey said about fake coronavirus home test kits that are all over the internet, waiting for a unsuspecting person looking to test themselves to waste their money.

"There’s lots of people that are vulnerable and are willing to pay for things they can’t get access to”, said Mackey.

He is the director of a start-up being funded by The National Institutes of Health.

His researchers use supercomputers, artificial intelligence, and other powerful search tools to analyze an estimated 120 million posts on the internet advertising home test kits.

“We’re building a dashboard currently with all of the illegal sellers, and we’ll hopefully be sharing that soon with the FDA’s Office of Criminal Investigation,” Mackey said. “We’re up to about 3,000 posts we’ve identified through our initial data analysis. The more you look, the more you find.”

It is illegal to sell these kits unless they have been approved by the FDA.

As of now, there is only one approved kit: Pixel by LabCorp. It sells on the internet for $119.

Even that one is not really an “at-home” kit, because the swab used for the test, which looks like a large Q-tip, must be sent back to LabCorp for analysis.

Mackey said in addition to being illegal to sell in the United States, some of the at-home kits advertised on Twitter, eBay and Instagram are total scams.

Some are even just a printed box with nothing inside, sold by “scammers just trying to get your credit card information and sell your identity."

However, many of the kits do contain what the sellers claim are ingredients and applicators that can show if you have the virus with a high degree of accuracy. But there is no proof of the validity of those claims.

Many of the kits originate in China, Mackey said, but are then sold to distributors all over the world. It’s one reason it’s so difficult to stop the advertising and sale of the products.

Mackey said there are a number of “red flags” he looks for:

1. Products that claim to be FDA approved

3. Sellers who ask you to contact them for details, listing their phone numbers, with some asking if you’d like to be a distributor.

Mackey said the FDA doesn’t have the staff to police these products.

Platforms like eBay, Twitter and Facebook do monitor the ad content and remove millions of bogus or illegal products from their sites. But some liken it to a game of whack-a-mole, with new sellers popping up daily.