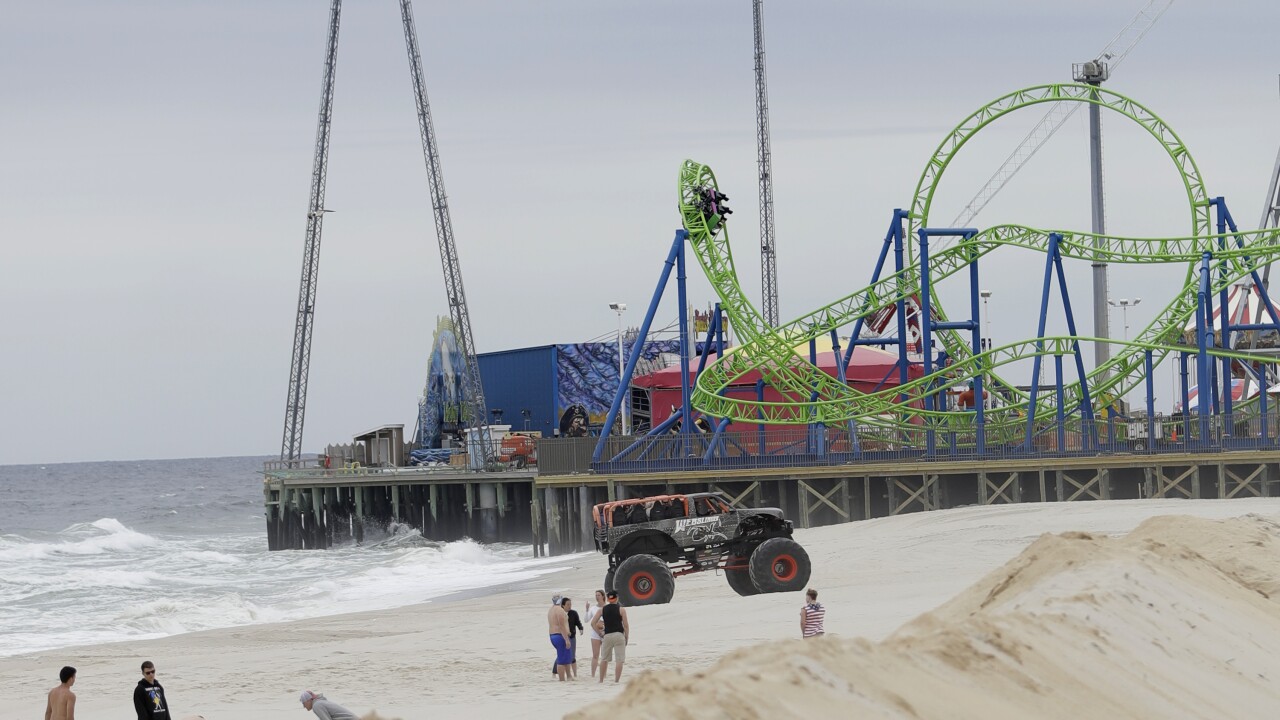 Julio Cortez/AP
FILE - In this May 20, 2017, file photo, people enjoy beachside games as a a wagon from the Hydrus roller coaster, top right, goes over a turn at Casino Pier in Seaside Heights, N.J. (AP Photo/Julio Cortez, File) NEW JERSEY — Outdoor amusement parks and playgrounds in New Jersey are allowed to reopen ahead of the Fourth of July weekend, Gov. Phil Murphy announced Tuesday.

Beginning July 2, outdoor amusement parks and water parks can reopen at a 50% capacity. This includes rides on the state’s boardwalks, according to the governor.

Playgrounds will also be able to reopen July 2.

"With next week's July Fourth holiday weekend rapidly approaching, and with families rightfully looking for ways to enjoy their time off together, we want to make it known that yes, the rides will be in operation," he said.

"I know the last thing anyone wants is a face-covering tan. I know many people think that just because the weather is hot, they can’t catch the coronavirus that causes COVID-19. I know many young people think this virus isn’t after them. In every case, you are wrong," Murphy warned.

The announcement comes as the state has continued to see progress in its battle against COVID-19. The state’s health department has reported 169,734 confirmed cases of the virus, with a death toll of 12,949.