Rent payment crisis: What it means for renters, landlords and policy-makers 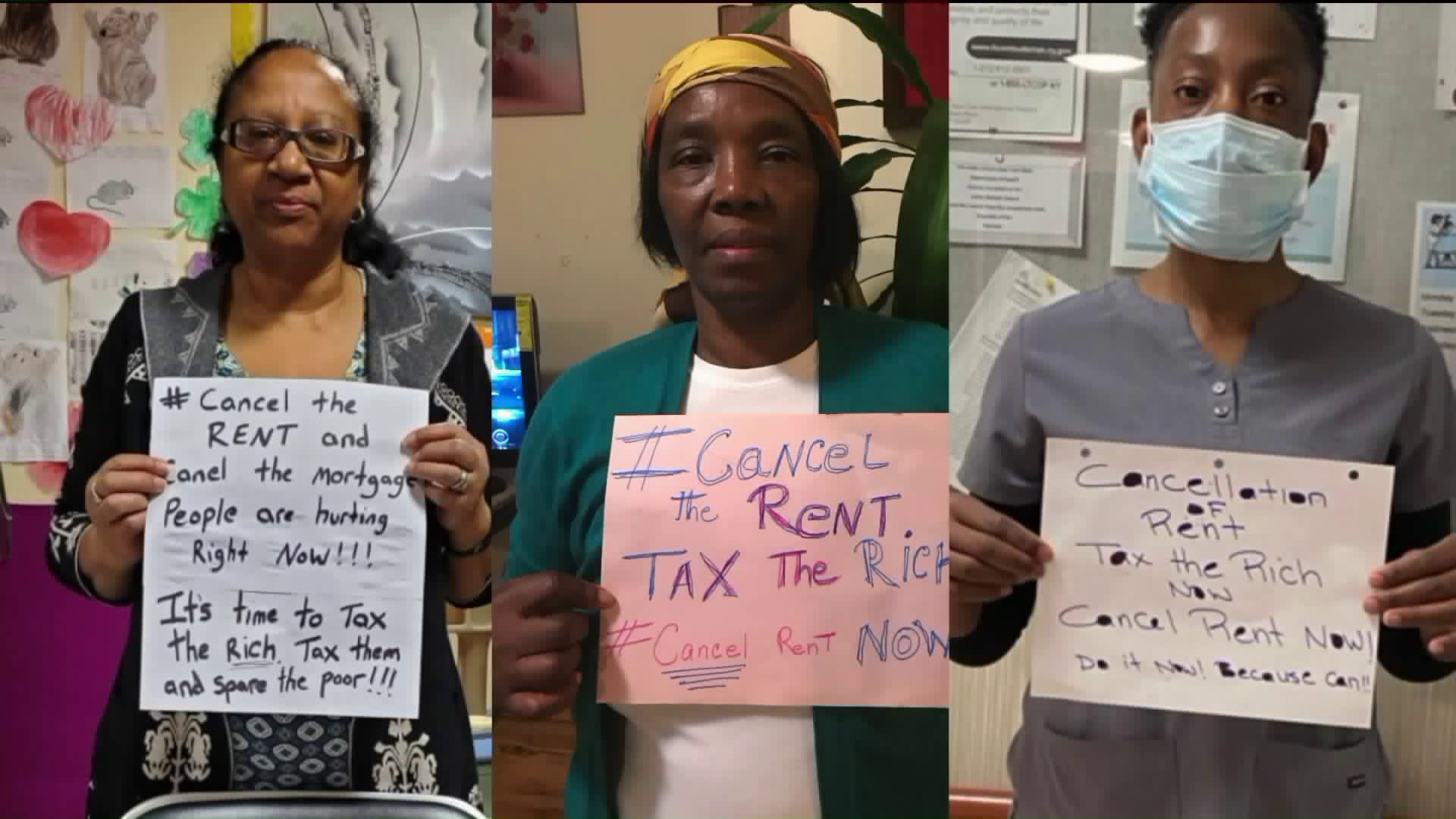 Friday is May 1 which means the rent is due, a tough proposition for many during the pandemic.

NEW YORK — May 1 means a big rent payment or mortgage payment is due for many.

While there are protections to stop people from being evicted if they cannot pay right now, the bills are still piling up and there are calls for rent to be canceled completely.

“The situation is real,” said Iris Tavares. “We are not doing this because we want to right now there are a lot of problems.”

Tavares has four children, and no child care, so she cannot go to her job as a home health aid. She could barely pay the rent in April, and will not be able to pay in May.

PIX11 News spoke with more than a dozen people who plan to specifically not pay and are demanding rent be canceled all together.

The coordinated effort, being called May Day Can’t Pay, is led by organizers including Cynthia Norris with NY Communities for Change.

“Folks are losing their jobs and dying,” Norris said. “When they do go back to work they won’t have the money to pay the back money.”

People are pledging not to pay out of necessity and solidarity here.

Gov. Andrew Cuomo in New York and Gov. Phil Murphy in New Jersey have put moratoriums on evictions until at least mid-June. In New Jersey you can use your security deposit to pay.

However, neither state has done anything to actually bail out people who are out of work, backed up on rent and fear homelessness when the moratoriums ends.

Cuomo initially claimed his moratorium solved the issue, but last week said: “We have a number of options we’re looking at.”

Cuomo would not elaborate.

Some federal officials, including Rep. Alexandria Ocasio-Cortez, have also begun calling for the outright cancelation of rent and mortgage payments until a month after the national emergency ends.

“We need to remove all reason and rationale for evincing someone at this time of a pandemic,” the congresswoman said at a virtual town hall this week. “We need to make sure we are taking very clear federal action.”

However, simply canceling rent isn’t as simple as passing a bill, landlords say. Many property owners can apply for forbearance, meaning they delay mortgage payments now and add them to the end of their loans, but still have to maintain their buildings and count on the income to support themselves.

“We have expenses,” said America Seabra. “But is is the most important thing at these crossroads? Absolutely not.”

Seabra’s family owns a chain grocery markets in North Jersey and has rental properties with about 60 tenants. They told their tenants not to worry about the rent if they can’t afford it. Half took him up on the offer.

Seabra said some will pay later, others probably will not pay at all, and under the circumstances that’s OK.

“I just call out to every landlord out there: ‘let’s all be human for now, that’s all I say,’” Seabra said.