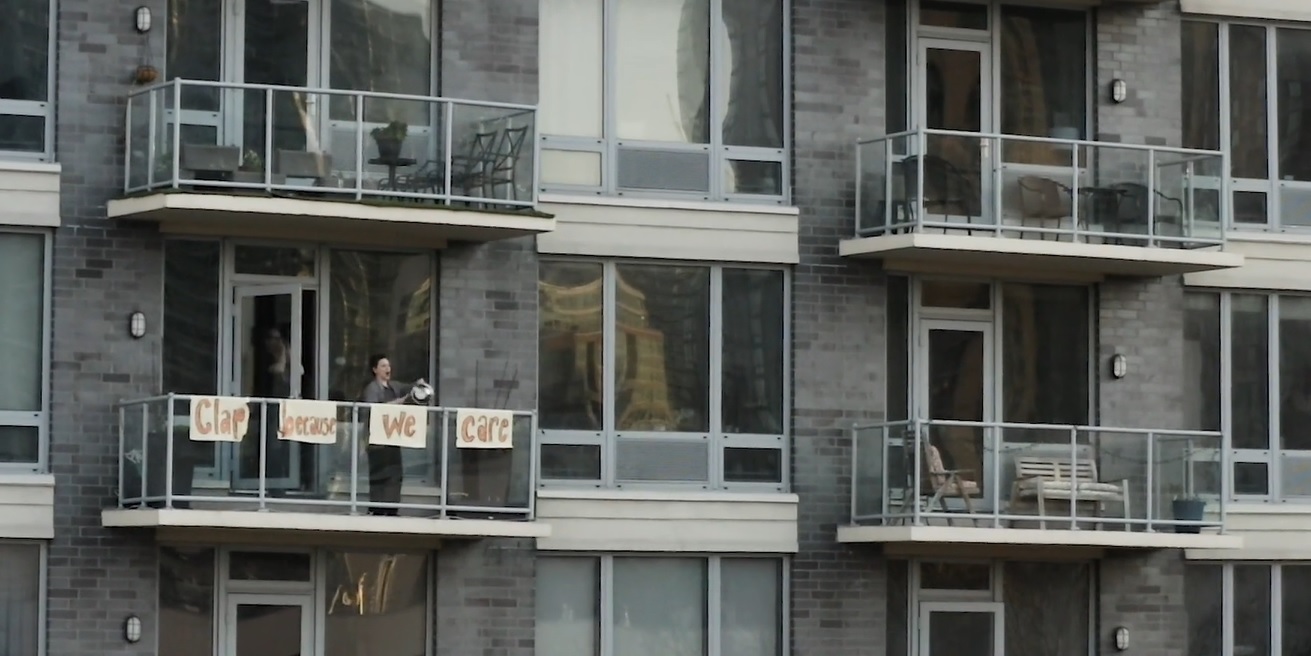 Ted Maniatakos, a freelance editor and filmmaker from Queens, created a compilation video of the #ClapBecauseWeCare movement to thank front-line workers.

QUEENS, N.Y. — Every evening, New Yorkers across the city stop what they're doing at 7 p.m. to show their gratitude for the health care workers and first responders on the front lines of the COVID-19 crisis.

The goosebump-inducing movement known as Clap Because We Care was recently captured in a compilation video by a freelance filmmaker and editor from Queens.

A lifelong New Yorker, Maniatakos was raised in a working class family. His sister is a nurse and he has several friends who work as EMTs and police officers.

"I’m definitely out there clapping every night for them," he said.

A "Clap Because We Care" sign on the building across the street from his Long Island City apartment was the inspiration behind the film.

"I thought that’s a great catch phrase and how great would it be if someone put together a video sort of building some momentum," he added. "You know, raise the roof of New York because as one of the largest cities in the world, we should be shaking the Earth every night when we clap."

It took a collaboration of nearly 30 friends and fellow freelancers in his industry to pull together examples of Clap Because We Care across the city.

Maniatakos hopes people who watch the video are reminded of the power of humanity.

"We’ve done so much as a human race and I think we get so caught up in negativity that we forget how amazing we are and if we come together we’ll be even more amazing," he said.