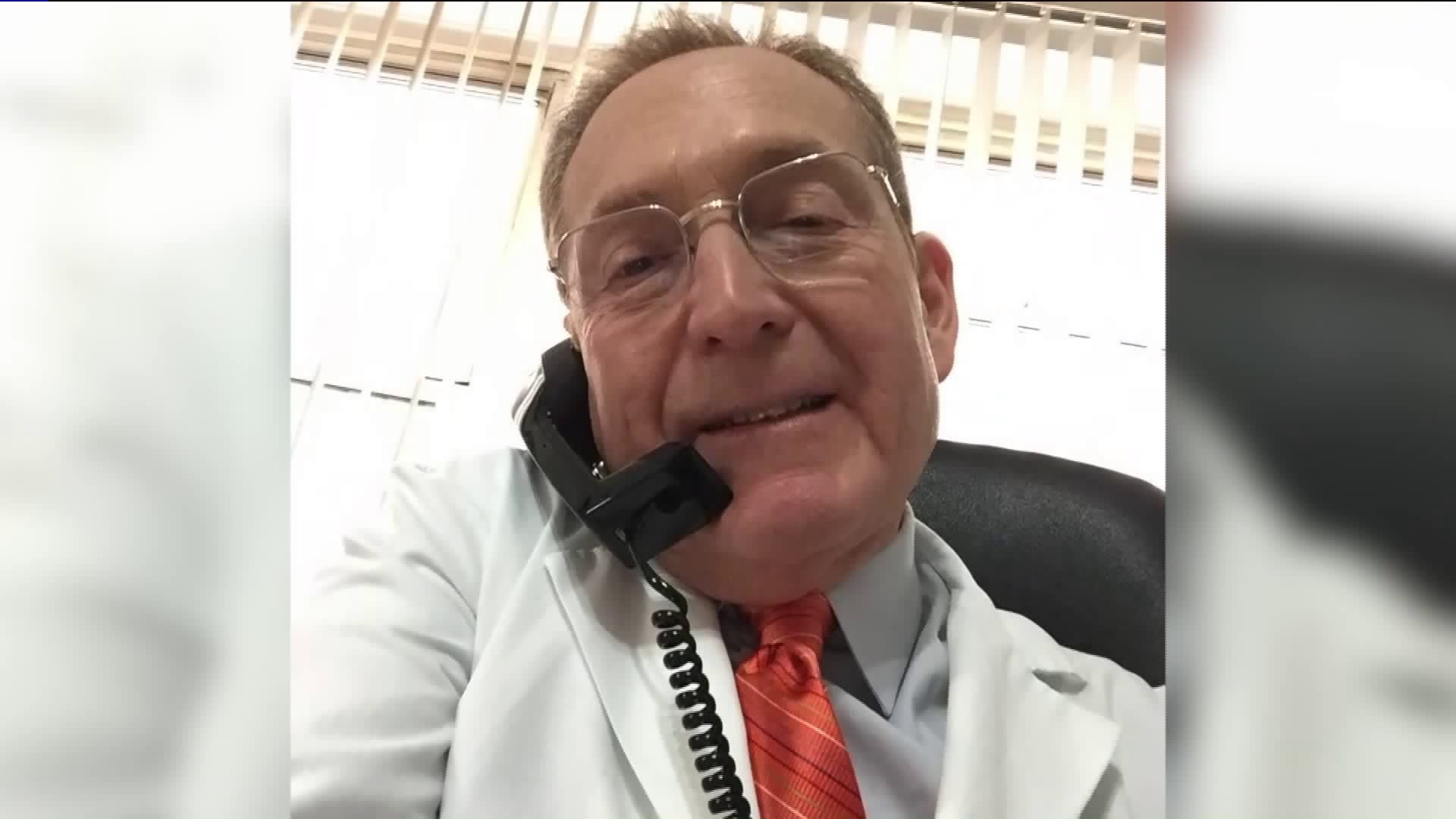 He treated more than 30,000 patients, but now he's the one in an intensive care unit, fighting for his life.

NEW YORK — A New York City doctor has treated more than 30,000 patients, but now he's the one in an intensive care unit, fighting for his life.

Dr. Arnold Weg, a 63-year-old primary care physician and gastroenterologist, was coughed on as he examined a patient about a month ago, his son told PIX11 News. It turns out that cough was from coronavirus; Weg tested positive for it 10 days later.

“He is on the brink of being intubated and is struggling for every breath,” son Dr. Russell Weg said. “He is scared for his life and we are scared for him as well."

Dr. Arnold Weg had a high fever about a week after he was coughed on, his son said. He was admitted to the hospital a few days later and was placed in an ICU within 24 hours.

“This is the one and only time my father has been in the hospital,” son Dr. Russell Weg said.

Weg has worked at NewYork Presbyterian Cornell Weill Medical Center for 30 years. He's the son of Holocaust survivors. The Queens resident is a father of four. He has six grandchildren and his 38th wedding anniversary was on Saturday.

His family is making an appeal to get access to trial medications.

“My father is waiting to be in a trial that is closed, that is limited to only 400 patients,” his son said.

If her could talk to his father, Dr. Russell Weg would tell him that they'd get through it together.

"I want to tell him how much we love him and we want him to remain strong," son Dr. Russell Weg said.