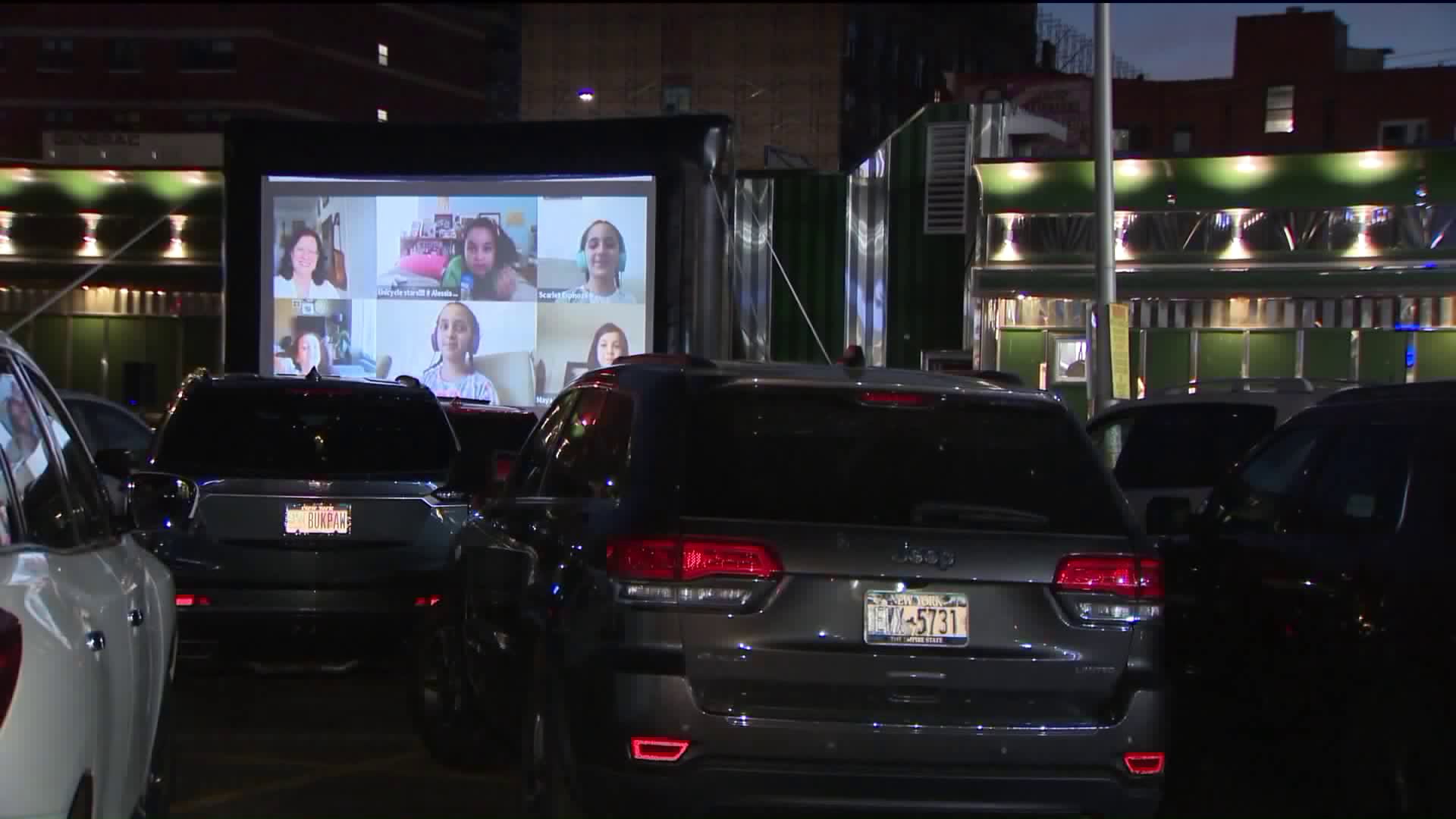 It's the socially distant version of dinner and a movie.

ASTORIA, Queens — Call it the hottest ticket in town.

The Bel Aire Diner in Astoria has turned their parking lot into a drive-in movie theater.

“We went live for tickets and they sold out in under a minute,” said Kal Dellaportas, whose family runs the diner.

The response has been overwhelming, given it’s one of the only recreational activities available to New Yorkers during the pandemic.

“ We’re so grateful for the response. We have people renting cars to come to the drive-in,” said Victoria Phillios, the diner’s marketing manager.

It all started earlier this month when the diner held a movie night to raise money for first responders-. They posted it on their Instagram account, and the reaction was overwhelming.

“At first I was like, eh maybe people are not gonna come,” said Peter Dellaportas.

“I was getting a thousand, two thousand DMs,” Phillips said. “I’m getting 'why do you have to sell out so fast?'”

Tickets are $32, and you can order food from your car window or through an app.

Part of the proceeds are donated.

It’s been so successful, the family run business has started hiring back workers they were forced to lay off.

Wednesday night, they played independent films from the Astoria Film Festival, which was canceled due to COVID-19, giving filmmakers a change to watch their movies on the big screen.

That is, if there are any left.