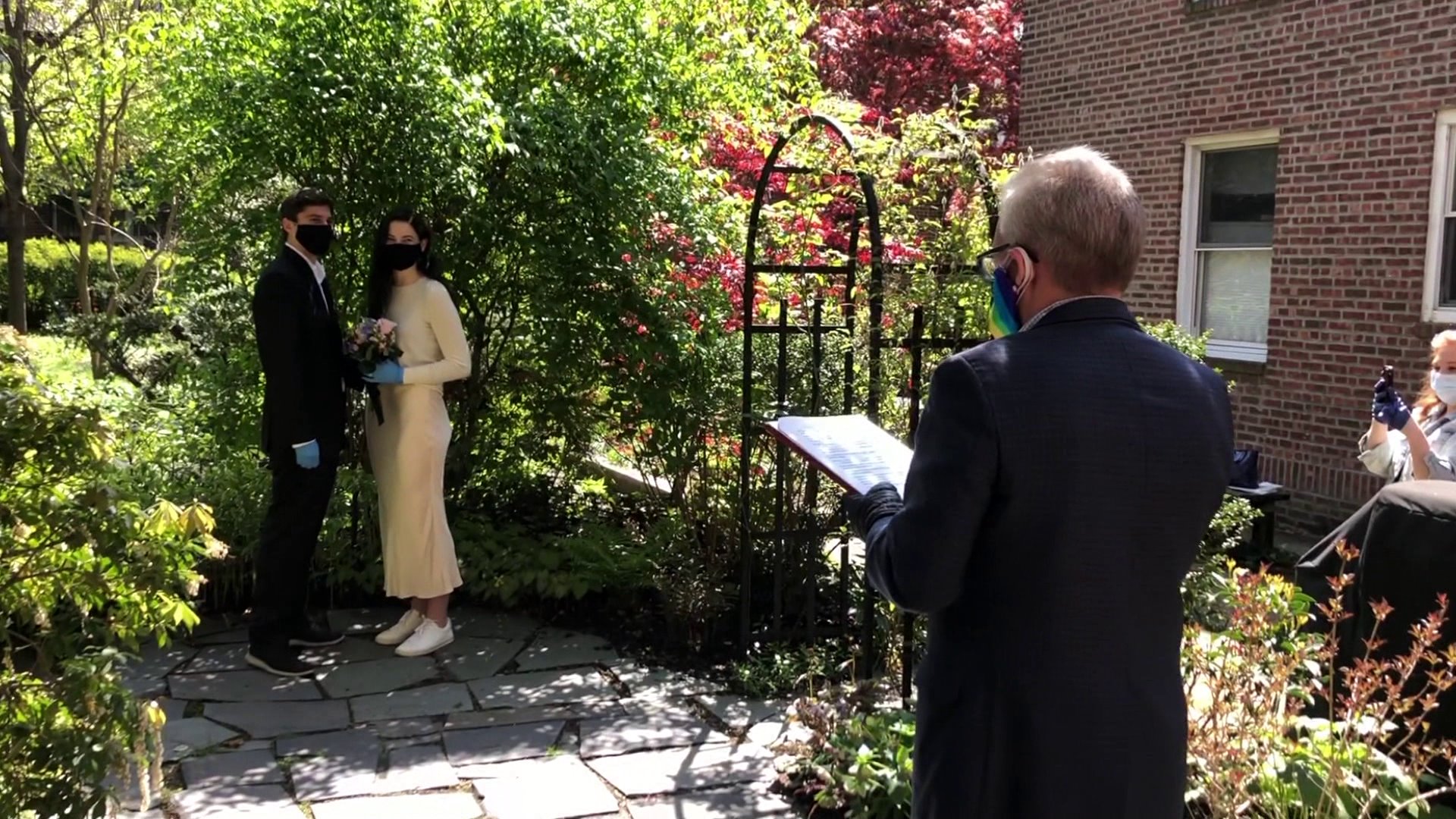 The couple thought their wedding was on hold. But a last-ditch effort to get married safely turned into an exciting plan.

QUEENS — Saturday, April 25, at 11 a.m., Councilmember Jimmy Van Bramer of Queens converted the backyard of his Sunnyside home into a wedding destination for Mark Van Name and Jennifer O’Leary.

“We are so lucky he had a beautiful backyard,” said Van Name, the groom.

The Long Island City couple had big plans. They sent out their wedding invitation for Saturday, April 25.

It was going to be quite a wedding, with a guest list of more than 200 people.

But COVID-19 had changed the world, and this couples plans.

In a last-ditch effort to tie the knot, they tried one more thing. They called Councilmember Van Bramer’s office for information, and he made them an offer they couldn’t refuse.

He offered to officiate their wedding in his backyard Saturday.

“We didn’t want to make it just a quickie or insignificant. We wanted to give it dignity. We wanted it to be sweet and special for Mark and Jenny,” said Van Bramer.

“We didn’t know there would be an archway. They were playing music, the same music. It still felt very special,” said O’Leary, the bride.

So Saturday, they got married.

Van Bramer’s husband was the DJ and videographer. The 15 minute ceremony included their two best friends as witnesses.

The bride and groom wore matching masks and gloves.

Over a Hundred people celebrated their union on Zoom later that night.

It wasn't what this couple envisioned, but the bride said it turned out to be even better.

“They did a favor for us. To remind us there are still reasons to smile. There is still love in the world, and hope,” said Van Bramer.