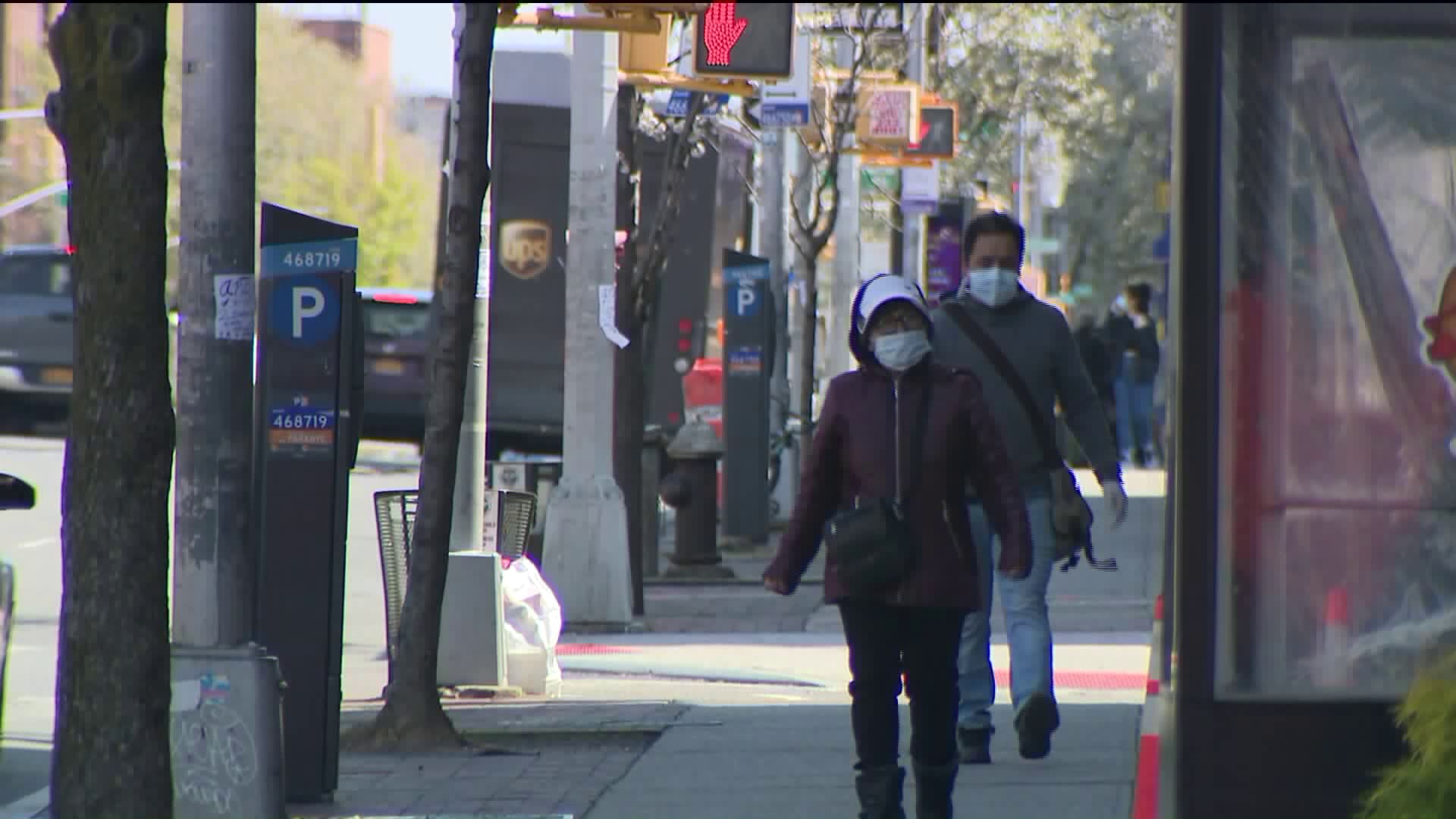 There are increasingly reports of people dying in their homes, likely from COVID-19, unable to make it to the hospital.

NEW YORK CITY — There are increasingly reports of people dying in their homes, likely from COVID-19, unable to make it to the hospital.

Most of the deaths are coming from hard hit neighborhoods of color and making sure everyone is counted is becoming an increasing concern for people who do not feel there has been enough resources brought to bear in these zip codes.

“I believe we are underreporting the deaths and giving a false report of who is dying due to coronavirus,” said Brooklyn Borough President Eric Adams.

”The data out there is bad, and I image when we get the full information we need it’s going to be even worse,” said Public Advocate Jumaane Williams.

During a joint digital press conference the two city leaders called for more resources in hard hit neighborhoods and a racial breakdown of who is infected and dying during the pandemic. The city has yet to release the data.

What is known based on a map of infection is that the hardest hit ZIP codes are neighborhoods predominantly occupied by people of color and immigrants. They are ZIP Codes where many continue to be categorized as “essential” grocery store workers or bus drivers, and are not able to stay at home and isolate.

Now there is increasing evidence that some dying in their homes without making it to the hospital, and some are not even being counted due to a lack of testing.

Adams, a retired police officer, pointed to how the city’s data driven approach known as COMPstat curbed crime in the city. He said the same logic is not being applied to this crisis, with testing resources and field hospitals being deployed in wealthier neighborhoods.

“Some say don’t play the race card, and to that we say the card has been played when you look at the map of where this virus continues to go,” Adams said.

City and state leaders say getting racial information has been a challenge. They said hospitals do not report the information, and medical examiner’s offices around the state have to be called manually.

However, other cities and states have begun to report the information. Tuesday, the state promised to get some racial information out later this week, and suggested a non-racial reason for a prevalence of deaths in low income neighborhoods: underlying health conditions.

New Jersey also began to report racial information for the first 700 deaths (there are now 1,232) on Tuesday. State Health Commissioner Judith Persichilli said that of the first 700, about 24% were black. The state's population, as of the last Census, is 15% black.

CUNY epidemiologist Dr. Denis Nash said an accurate as possible death count is important not just to make sure authorities are getting a handle on this current crisis, but also to make sure the next pandemic is handled better.

“This can be done with or without testing,” Dr. Nash suggested. “Ideally we’d have testing, but if it has to happen without, there needs to be a determination of likely cause of death based on symptoms.”