Protests against COVID-19 clampdown are small, as mayor talks about possible end to the measure 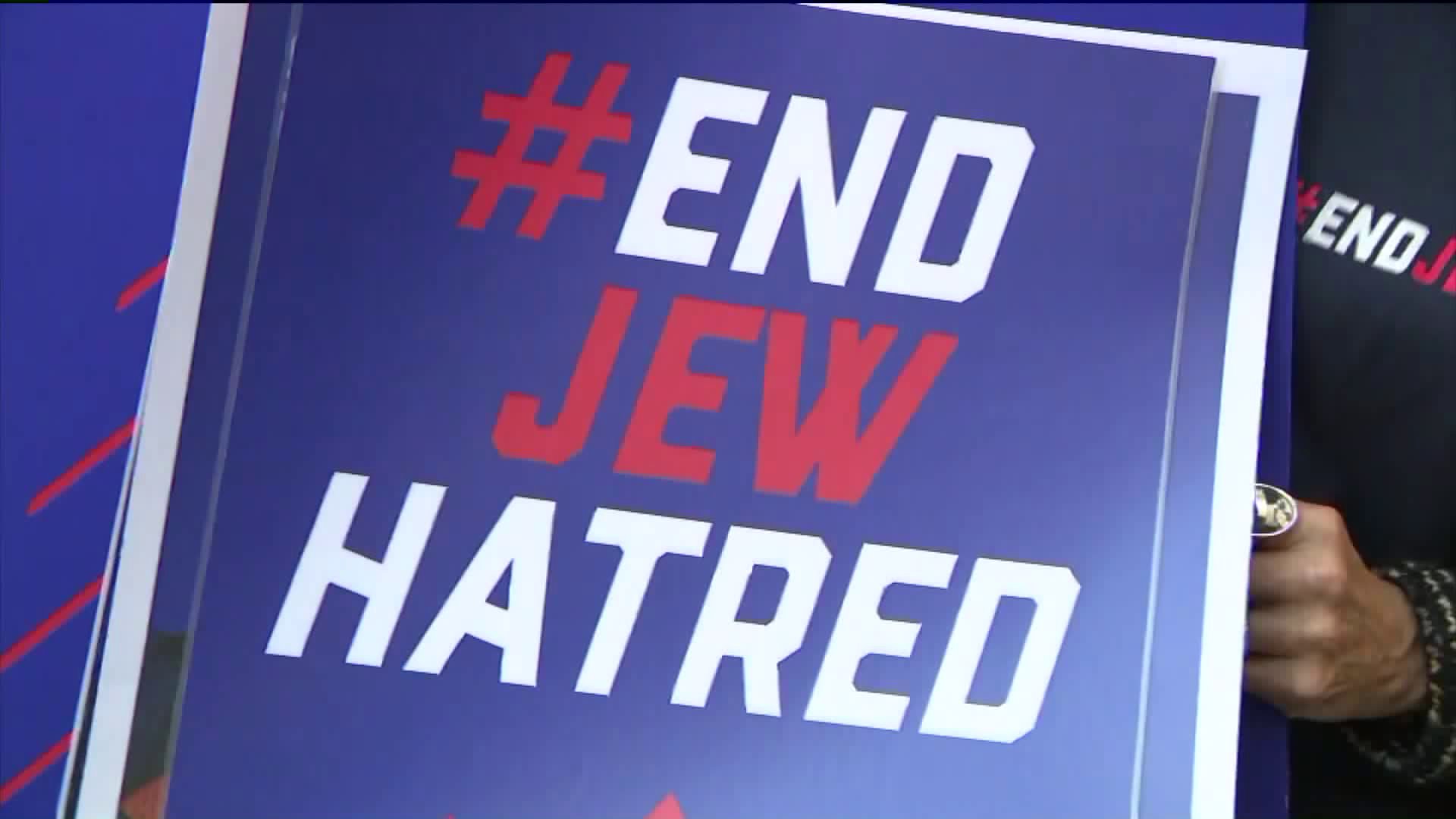 New action against microclusters had led to tension that's not slowing down.

NEW YORK — Some people who are angry about a coronavirus clampdown in communities in Brooklyn, Queens, and Orange and Rockland counties took their frustrations to the streets of Manhattan on Thursday.

But the size and scope of their protest may indicate that their effort isn't nearly as significant as the one they were protesting against — efforts ordered by Gov. Andrew Cuomo, and enforced by Mayor Bill de Blasio, intended to reduce high infection rates.

The so-called red zones in New York City are centered in Borough Park, Brooklyn; and Kew Gardens and Far Rockaway, Queens. There are also red zones in parts of Orange and Rockland counties.

Because the zones — where COVID-19 rates are up to five times what health experts consider safe to prevent viral spread — are in predominantly ultra-Orthodox Jewish communities, some people from those communities say that they're being targeted because of their religion.

Dov Hikind is a former New York state assembly member who is now an activist against anti-semitism. He said that the lockdown, which has closed schools and prohibits religious gatherings of more than 10 people, is an anti-semitic move by Cuomo.

"The governor's behavior," Hikind said, "is unconscionable. He has made everything about the Jews, the Orthodox Jews, the Hasidic Jews."

For his part, the governor said in a teleconference on Thursday he's issued COVID-fighting orders during the pandemic that have affected a variety of people.

"The Catholic Church sued also, by the way," Cuomo said, referring to a lawsuit against the red zone clampdown filed by the Brooklyn Diocese. An Orthodox Jewish group sued also. Both legal actions against the lockdown were rebuffed by judges.

De Blasio on Thursday said that testing showed COVID-19 infections in the red zones in the city were "leveling off," and that, after more than a week of the clampdown, it may start to be lifted by Sunday.

He and the governor, as they had done before, were not seeing eye-to-eye on the issue.

Cuomo insisted that relaxing the clampdown is a state matter. He said that the state health department will determine when test results show that a lifting of the lockdown is in order.

While it is in place, some demonstrators expressed frustration at a protest staged in front of the New York Public Library main branch on Fifth Avenue. Dozens of protesters were present, but it was not a large demonstration.

To put it in perspective, more than 135,000 people live in the Borough Park red zone.

There, on Thursday, PIX11 News observed a majority of people wearing masks.

On virtually every street corner, there were new signs posted in both Hebrew and English, reminding residents that the more COVID-19 tests they have done, the sooner the lockdown is likely to be removed.