Protesters should get tested, 'assume' you're infected, governor says 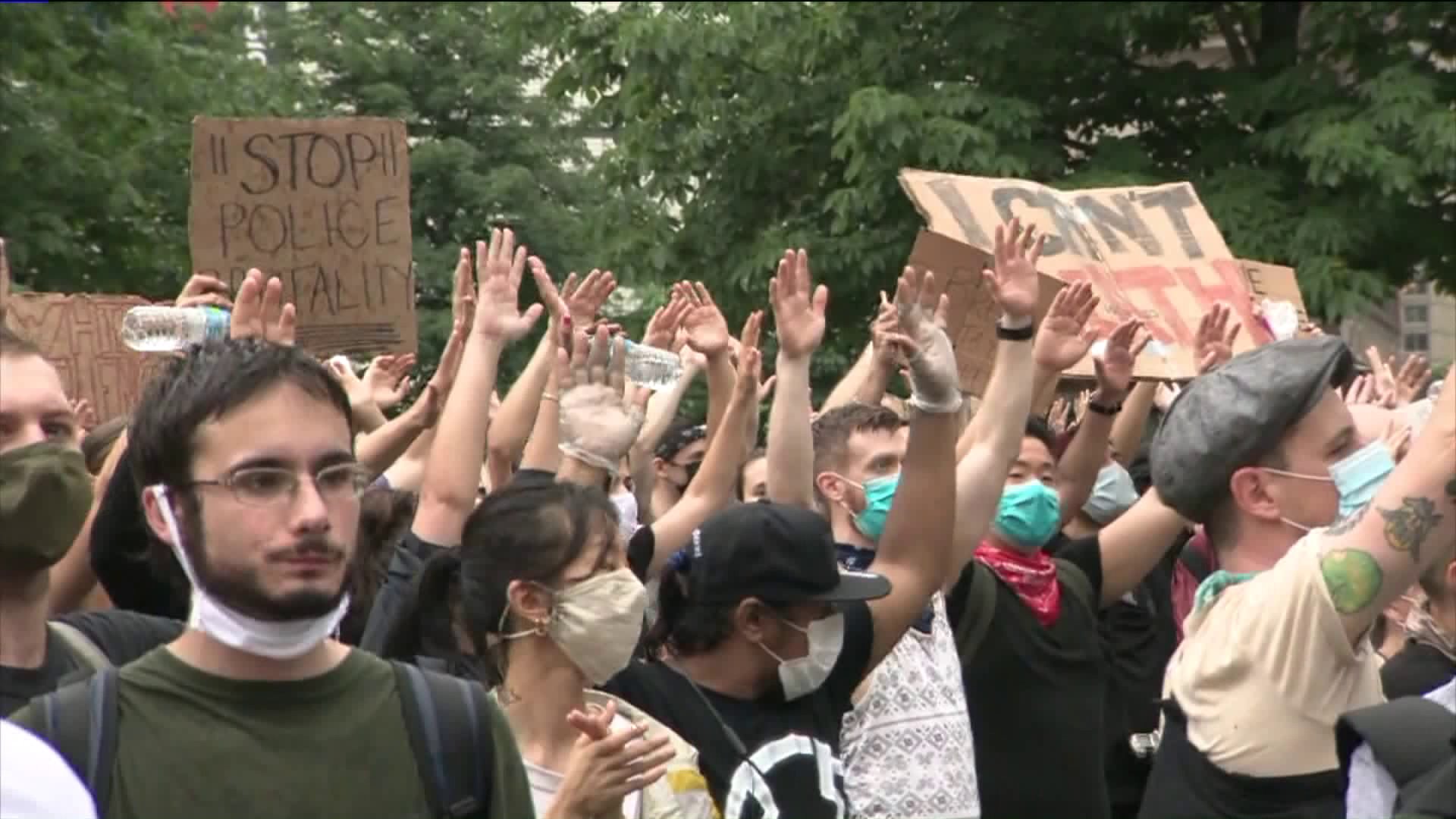 As New Yorkers and people across the nation protest the killing of George Floyd — and call for an end to systemic racism and police brutality — health officials warn those protesters should get COVID-19 tests.

"I do think there is a potential, unfortunately, for this to be a seeding event," Centers of Disease Control and Prevention Director Robert Redfield said Thursday.

Gov. Andrew Cuomo has warned one person could be a super spreader and infect hundreds of people.

The governor even told protesters to assume they're infected.

"It's important for protesters to be tested because what they're exposed to during the protest," said Santella.

With social distancing guidelines being flouted amid massive civil unrest following the death, Redfield said that seeding events have been found to be responsible for a large number of cases nationally.

“Obviously, we're very concerned that our public health message isn't resonating,” Redfield said. “We continue to try to figure out how to penetrate the message with different groups.”

Redfield was asked whether he would recommend tear gas not be used at protests as the chemical agents can cause protesters to cough and spread more particles into the air. Redfield said it is a concern he shares and he will bring up the the question at the next White House coronavirus task force meeting.

“We have advocated strongly the ability to have face coverings and masks available to protesters so that they can at least have those coverings, but you do raise an important question,” Redfield said.