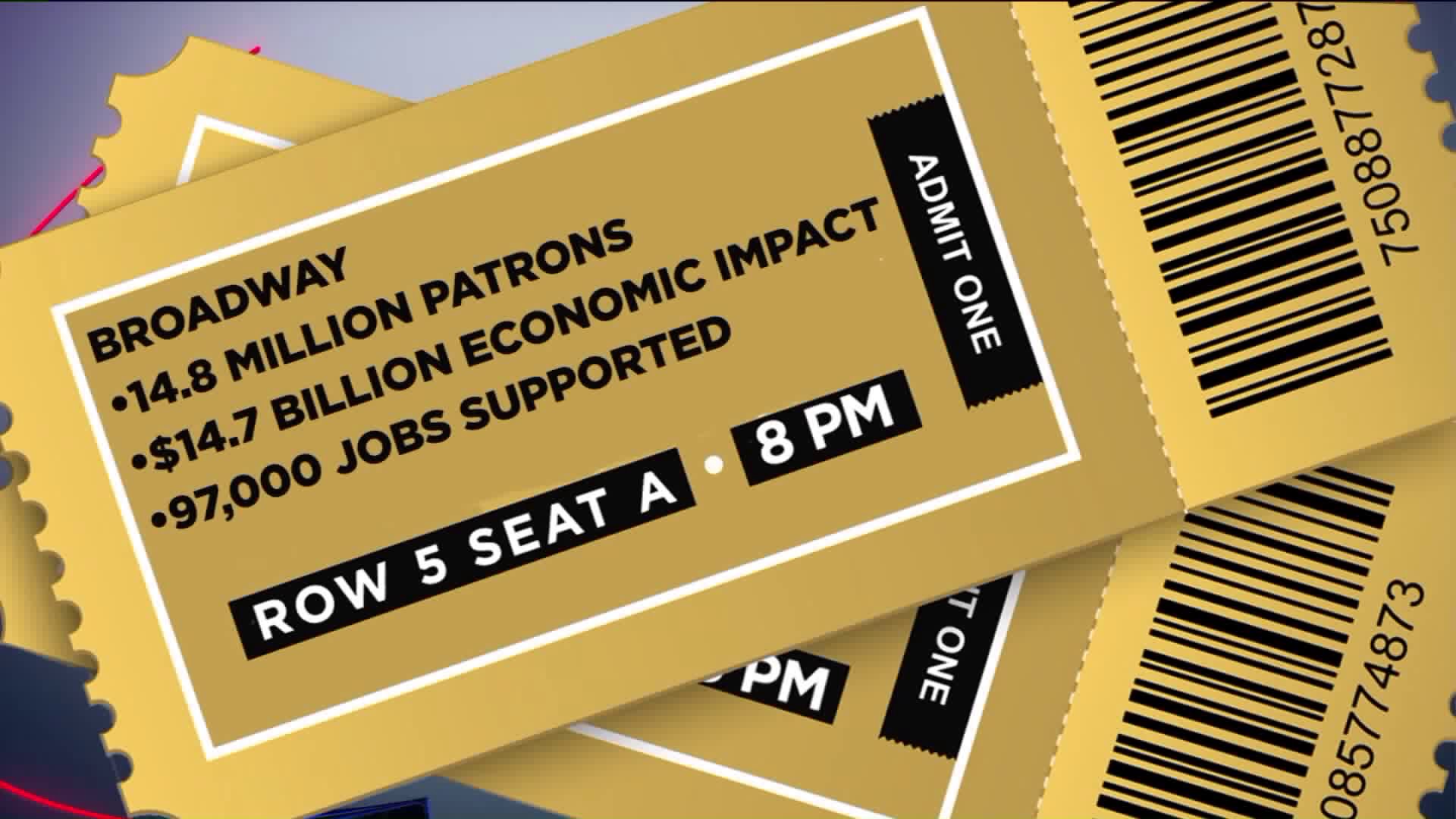 As the COVID-19 pandemic continues to impact New York City and the rest of the country, Broadway performances will remain canceled through the summer.

NEW YORK — As the COVID-19 pandemic continues to impact New York City and the rest of the country, Broadway performances will remain canceled through the summer.

Live theater in New York City alone supports more than 100,000 jobs, and has an estimated $16 billions impact on the local economy.

The Broadway League made the announcement Tuesday, citing a date to resume performances has not been determined.

Broadway theaters are offering ticket refunds and exchanges for performances through Sept. 6.

“While all Broadway shows would love to resume performances as soon as possible, we need to ensure the health and well-being of everyone who comes to the theater – behind the curtain and in front of it – before shows can return. The Broadway League’s membership is working in cooperation with the theatrical unions, government officials, and health experts to determine the safest ways to restart our industry,” said Charlotte St. Martin, President of the Broadway League. “Throughout this challenging time, we have been in close communication with Governor Cuomo’s office and are grateful for his support and leadership as we work together to bring back this vital part of New York City's economy – and spirit.”

Those who purchased tickets through Sept. 6 will receive an email with information regarding their refund and exchange options.

The 41 broadway theaters welcomed 14.8 million patrons last season. It gave a more than $14 billion boost to the local economy, and helped support 97,000 jobs. However, it is heavily reliant on tourism, and social distancing in the older cramped theaters will be a challenge.

“Jagged Little Pill” Producer Marty Borrell said ultimately he believes it will take a good while for Broadway to come all the way back.

“Broadway is part of the fabric of New York and America and it will come back,” he said.

Moreover, do not discount the impact of independent theaters with less than 100 seats. Independents pay $512 million in wages each year. They impact the local economy to the tune of $1.3 billion— including the support of 8,400 full time jobs.

Independent theaters run on razor thin margins and they are looking for some help from the city and state right now on issues like rent.