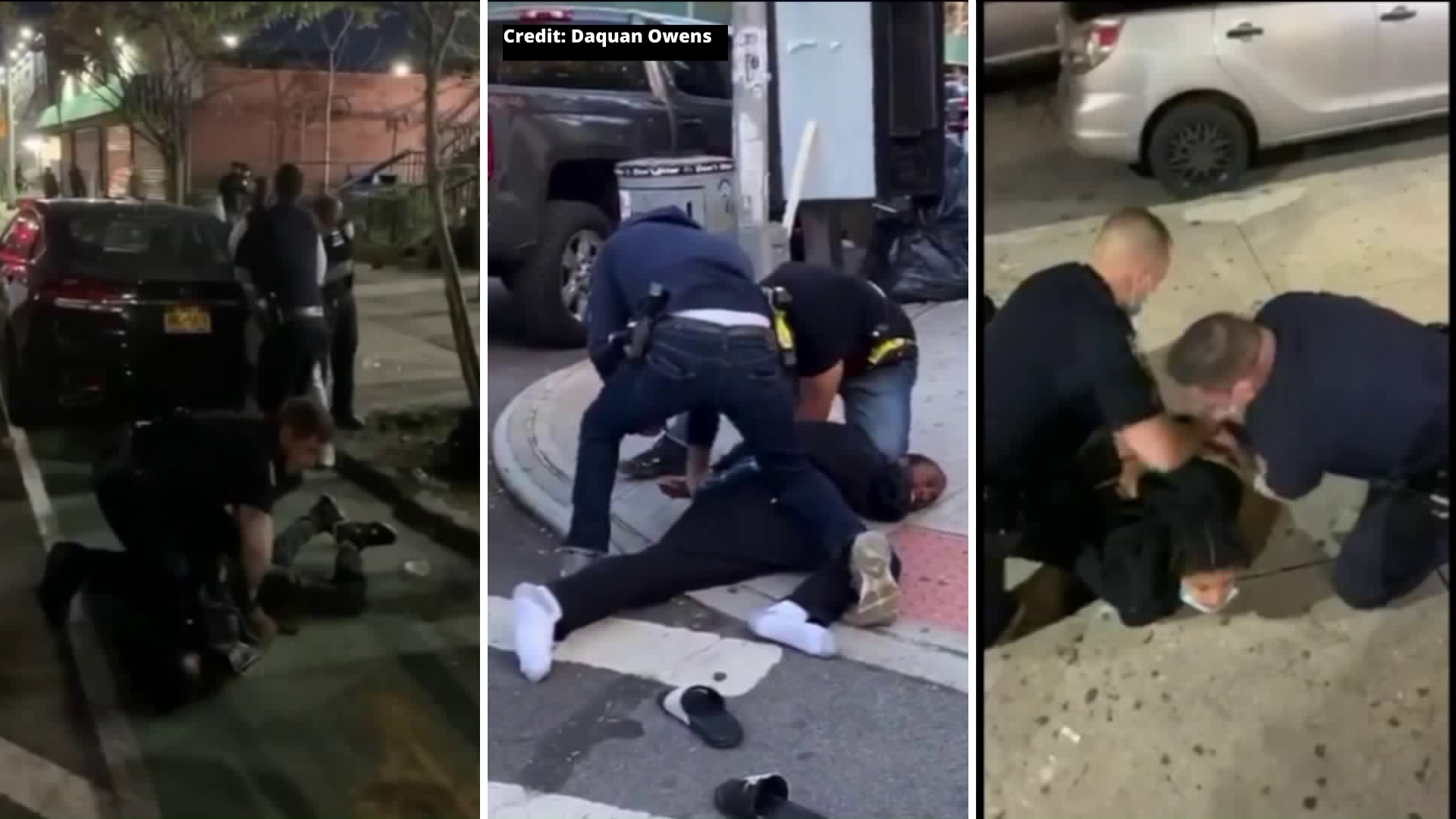 One newly surfaced video of social distancing enforcement gone wrong in New York City showed a police officer tackling a black man for mouthing off. Another showed an officer punching a man in the head as he lay pinned to a sidewalk, unable to fight back.

Police watchdogs said the videos suggest officers are using social distancing during the coronavirus pandemic as a pretext to harass people of color along the lines of stop and frisk, a practice curtailed in recent years in which officers stop people on the streets and search them for weapons.

“Tempers are flaring up and we have to try to keep everyone safe," he said.

He's been meeting with elected officials and community leaders in hopes of finding a resolution.

"I don’t want this to happen, it’s terrible," he said.

Protesters were out Thursday in every precinct where enforcing social distancing has gone wrong.

Maddrey said there's more to what's going on than what people see in viral videos.

“Not all of the videos were just to enforce social distancing," he said. "911 calls are being made, so we were only seeing the last 10 seconds of what was happening.”

An officer is on modified duty after video surfaced on social media showing him charging at bystanders on a Manhattan street with a Taser in his hand. Maddrey said he believes officers are being held accountable, but that there's a process.

"The district attorney is looking into this and internal affairs and we all have to wait for that to pan out," he said.