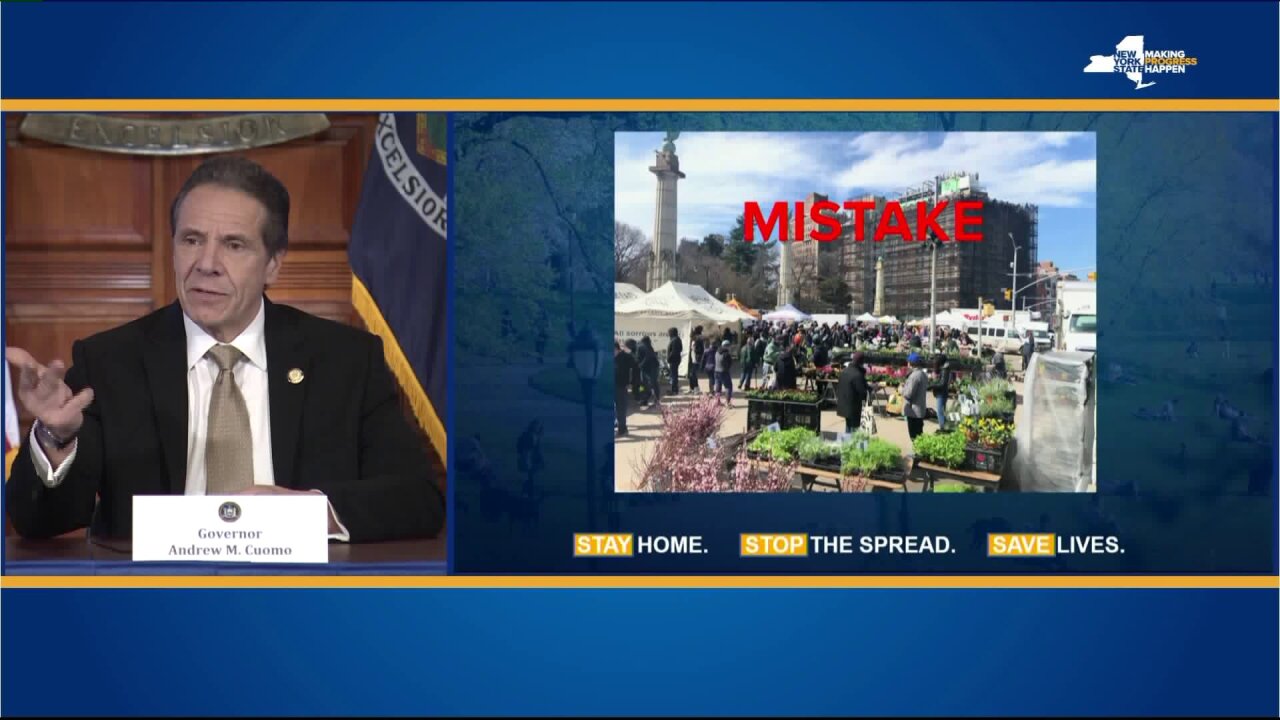 NEW YORK CITY — Gov. Andrew Cuomo has called on Mayor Bill de Blasio and City Council Speaker Corey Johnson to deliver a plan within 24 hours that will reduce the density of people in parks and other public spaces.

Cuomo, speaking Sunday at a news conference on his administration's response to the coronavirus outbreak, criticized reports and photos on social media of people gathering in city parks and not following social distancing rules. He showed one photo taken Saturday of a crowded outdoor market and called it "a mistake."

"There is a density level in New York City that is wholly inappropriate," Cuomo said. "You would not know that anything was going on ... It's a mistake. It has to stop."

While the governor has the authority to close city parks, he said the mayor and council speaker were better equipped to make the right decisions.

Later on Sunday, de Blasio said parks and playgrounds would remain open but that the NYPD would begin enforcing social distancing.

“We will be enforcing this, but with understanding. We’ll enforce it through education. We’ll enforce through warnings. We’re not going to be draconian," de Blasio said.

Cuomo predicted the outbreak in New York could last between four and nine months, but he added that much of the time frame depends on whether New Yorkers do their part and follow social distancing rules.

“How many times can you say, ‘you’re being reckless and selfish,’” Cuomo said, expressing frustration that some people were not taking his warnings and restrictions seriously.

New York saw another spike in coronavirus cases on Sunday. There are over 15,000 cases statewide, with over 9,000 of those located in New York City. The death toll rose to at least 374, according to Cuomo.