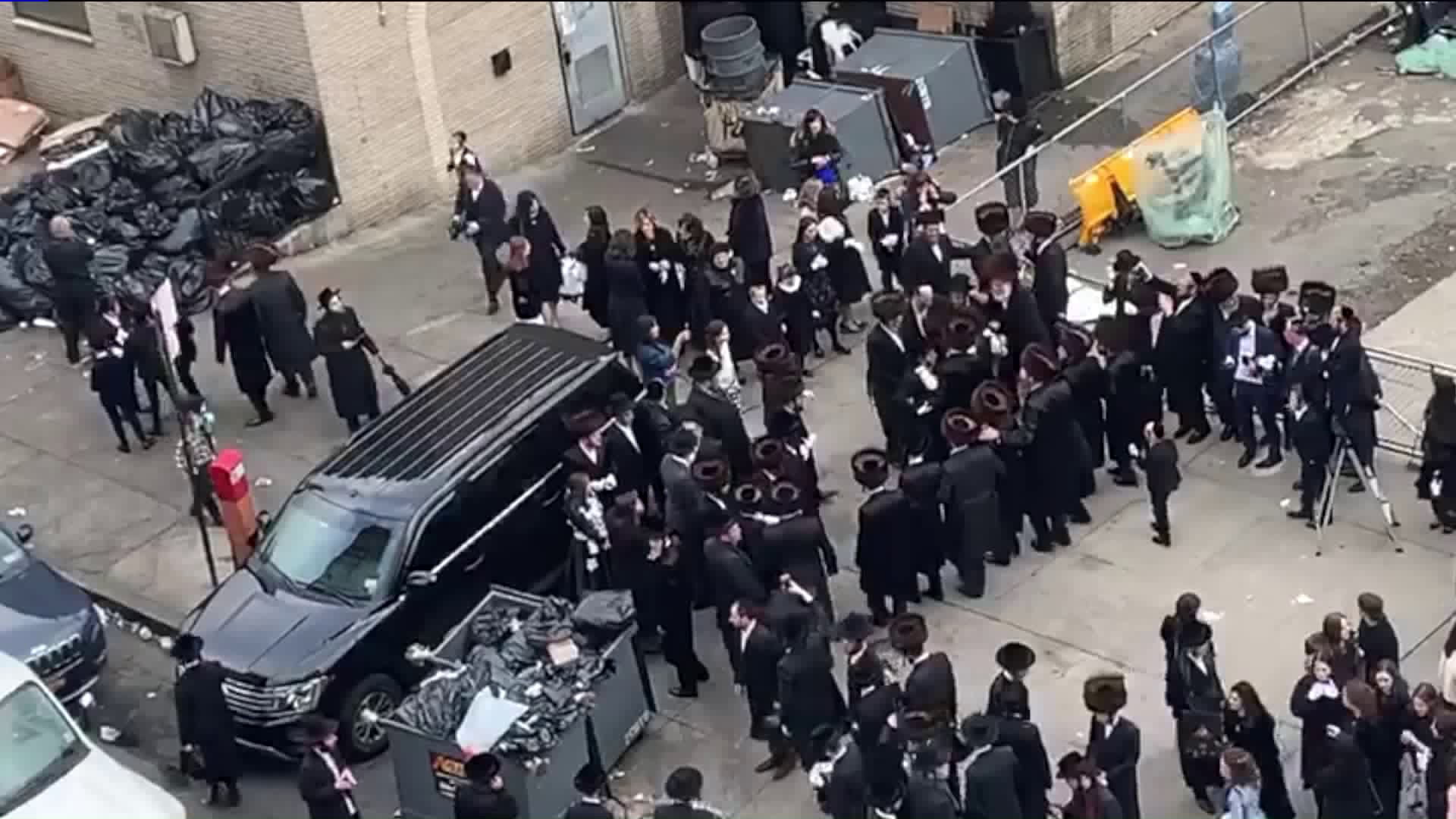 Officials said they're looking to the cause of the increase.

BOROUGH PARK, Brooklyn — The shoppers who were squeezed into a tight space by the counter of Rosner’s Grocery on 14th Avenue didn’t seem to be embracing “social distancing.”

The owner, Moishe Rosner, had a loose surgical mask on his face.

A simple, paper mask is not thought to slow the spread of COVID-19, but the lack of social distancing could be causing problems in the Hasidic neighborhoods of Borough Park and Williamsburg.

New York State Health Commissioner Dr. Howard Zucker was asked about a reported spike in cases in these Brooklyn enclaves at Wednesday’s press conference with Gov. Andrew Cuomo in Albany.

“We’ve heard about that and we’re looking into that,” Dr. Zucker said.

The Jewish Voice reported 100 positive tests between last Friday and Tuesday night in Borough Park and Williamsburg from one of the main urgent care chains.

Wednesday afternoon, Hatzolah — the ambulance corps that serves these Orthodox Jewish Hasidic communities — issued an emergency warning, according to The Yeshiva World:

“The coronavirus is actively spreading in our community. There are a significant number of people affected, with many on ventilators in the ICU’s and critically ill. This number keeps growing very quickly. Hatzolah is on the front lines and seeing this first hand.”

Hatzolah warned the communities, “Social distancing is a must! Avoid close contact with people.”

The ambulance corps gave standard advice about frequent hand washing and not touching the nose or mouth.

It also cautioned against gatherings of groups of people, “even families.”

It added, “There should be no playgroups, group babysitting, or play dates.”

In recent days, the Hasidic community was still continuing with large weddings, and at least one celebration of 200 was broken up by the fire department.

PIX11 met Yanki Friedman, a young man in Borough Park, who said he was grateful to be symptom-free, so far.

President Trump has suggested that Americans don’t meet in groups of more than 10 people.

In Williamsburg on Wednesday afternoon, PIX11 watched as a number of people approached a tent outside Chai Urgent Care, filling out paperwork with a clinic employee.