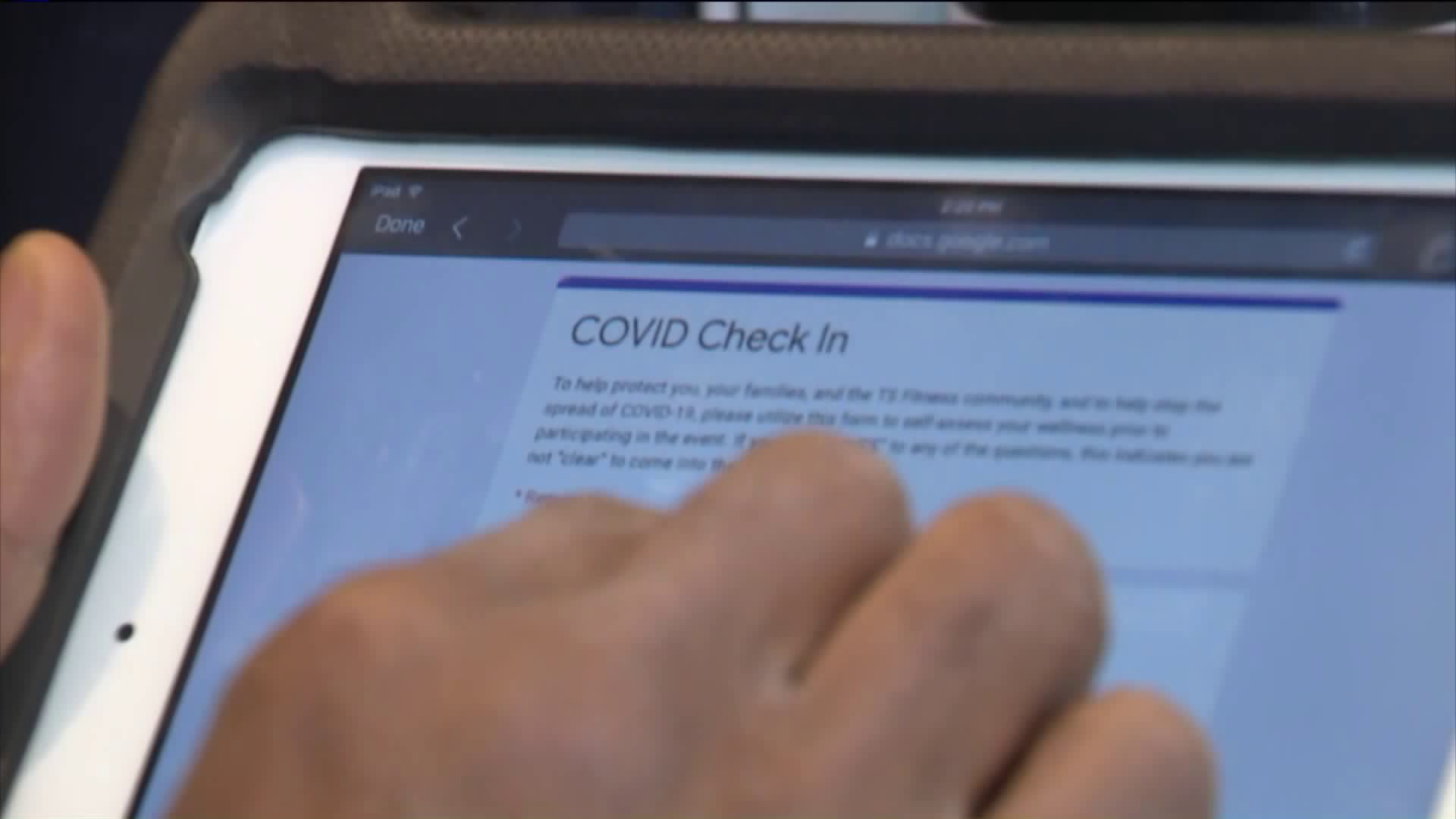 It's not just restaurant owners concerned. PIX11 spoke with a gym owner who doesn't see the link between his business being open and a rise in cases.

UPPER EAST SIDE, Manhattan — Shortly after Thanksgiving, which is less than a week away, all of New York City could be under a partial shutdown because of rising COVID-19 numbers, Mayor Bill de Blasio said on Thursday.

Businesses that could be affected by an orange zone designation accuse the state and city of doing too much, too soon.

Noam Tamir owns TS Fitness, a personal training gym near the Queensboro Bridge overpass. He was very clear that, in order for PIX11 News to interview him in person at his fitness facility, strict sanitation measures had to be followed. His clients and staff are required to follow them as well, he said, when they come in person. Most of his clients now take classes with him online.

Still, Tamir said after spending months retrofitting his business in order for it to comply with reopening standards, he felt it was wrong for his gym and other businesses to have to close again in an effort to stop another viral spread.

"It's definitely frustrating," Tamir told PIX11 News, adding that he didn't see how businesses like his, which have added everything from air filtration systems to a temperature check protocol, can be part of "the COVID rate increasing."

Still, de Blasio on Friday said that city test results that show that more than 3% of people, on a seven-day rolling average, tested positive for COVID for the third straight day.

At that rate, the mayor said, "an orange zone is coming."

He even went so far as to predict a date for when the zone's added restrictions would be enacted. Those restrictions would include ending indoor dining; closing personal care facilities like salons, spas, and barbershops; and shuttering gyms like TS Fitness.

"Based on the state data," the mayor said, "that will happen probably the first week of December."

However, Gov. Andrew Cuomo, late on Friday afternoon, said that the way the state calculates infection rates shows the city having a lower percentage of people infected than the city's calculations.

Cuomo would have the last word as to whether or not more restrictive measures are needed, and said that predicting a date for when the so-called orange zone restrictions would set in is premature, and possibly unnecessary.

A 3% rolling average is the threshold. Even though the city's figures show the five boroughs to be above the threshold, the state's results for New York City is just above 2.5%.

"What we do, it's the seven day average," Cuomo said, adding that if New York City remains "at the current rate, it gets you past early December, in any case."

He said that he was concerned that Thanksgiving gatherings could significantly promote a coronavirus spread, but said that keeping the city out of a partial clampdown "will be up to New Yorkers."

Meanwhile, a group of public health advocates warned about the state and the city being too lax.

The Covid Working Group - N.Y. is coordinated in part by James Krellenstein, who also runs the activist think tank PrEP4All.

In late February, as the pandemic started to set in in New York, the Covid Working Group called on the governor and mayor to take strong steps to close down the parts of the state and city sooner. By the time the political leaders followed the group's urging, the pandemic was beginning to take its heaviest toll.

"I don't want to be overly alarmist," Krellenstein said in a Zoom interview. "It isn't March right now. We're heading there. What we want is for the city to act before we get to that point.

"In an epidemic, a week can be literally the difference between life and death," Krellenstein continued."What we're trying to convey is that we need to act sooner rather than later. Let's learn the lessons of the past , and let science, not politics, guide the decisions the mayor and the governor make."