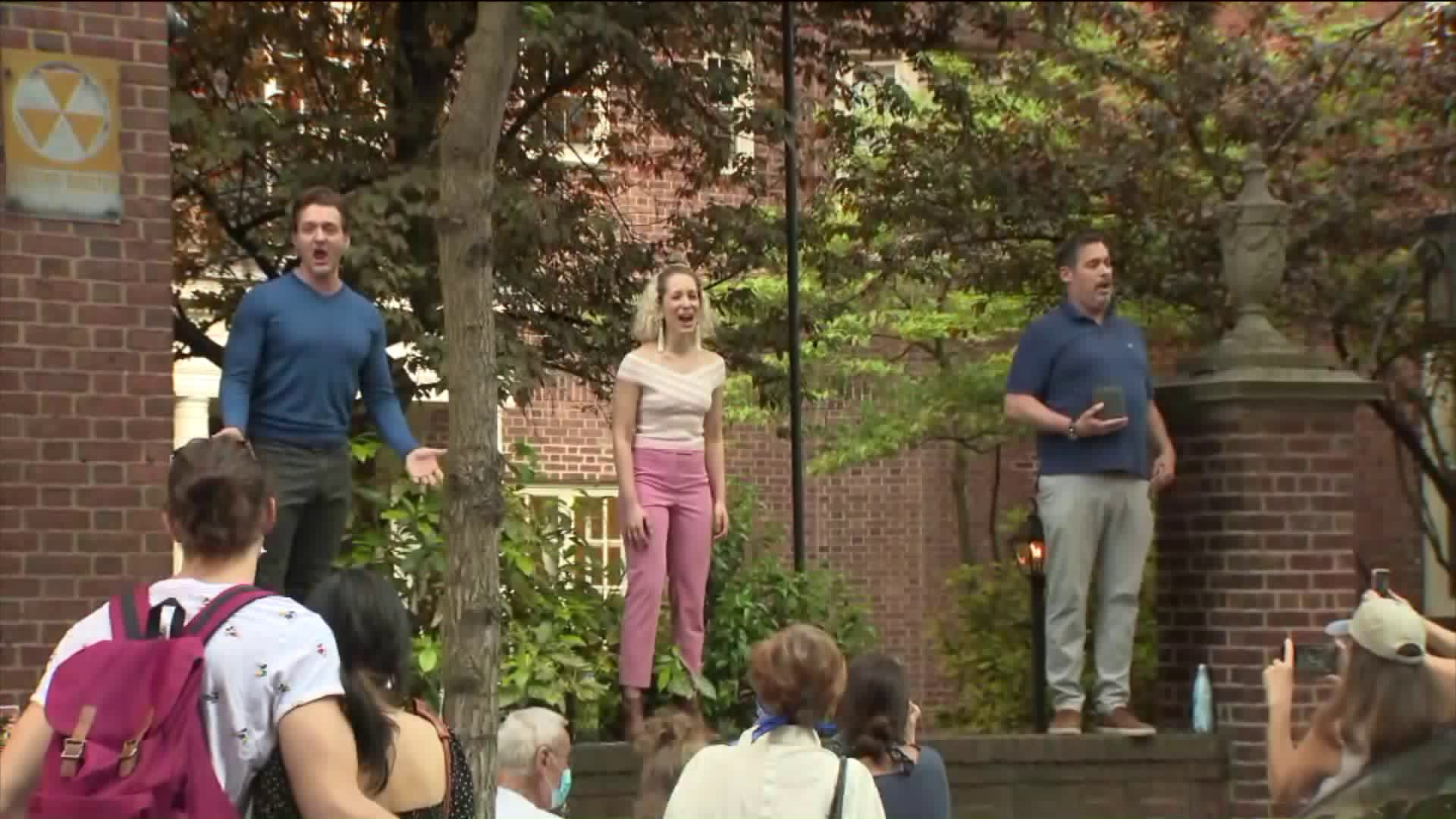 A half hour before the “clap because we care“ salute to healthcare workers, professional opera singer Peter Kendall Clark perches on the ledge of The Mansion House, an apartment building he’s lived in for 24 years and serenades his neighbors.

Friday, he brought along two friends from New York City Opera to sing excerpts from the classics, Jessica Fishenfeld and Glenn Seven Allen.

This is the two-week anniversary of this impromptu opera concert and as it grows in popularity so do the reminders to keep your social distance, at least six feet apart. The police even drove by twice just to make sure.

For these singers, who are making ends meet by teaching virtually while all performances are canceled, being up on whatever stage they can find is the gift, particularly for Glenn Seven Allen, who is a COVID-19 survivor.

“This is the first time I’ve gone out and shared my voice in over two months,” Allen told PIX11 News. “So yeah, I am just really, really grateful,” he added.

Peter Kendall Clark, who was encouraged to sing on the ledge by neighbor Marcy Chapin, loves the acoustics.

“It’s like an amphitheater. It’s a narrow street with the sound bouncing off the walls,” Clark said. “It’s like a nice opera house,” he added.

For those cooped up in their apartments for more than two months, this musical interlude is a godsend.

“With everything we’re surrounded by, all the sadness and uncertainty, we come out and it’s an escape,” Nadine Corbin , a neighbor, told PIX11 News.

Clark says it's a gift for his neighbors. The nightly serenade is expected to continue until the lockdown ends.