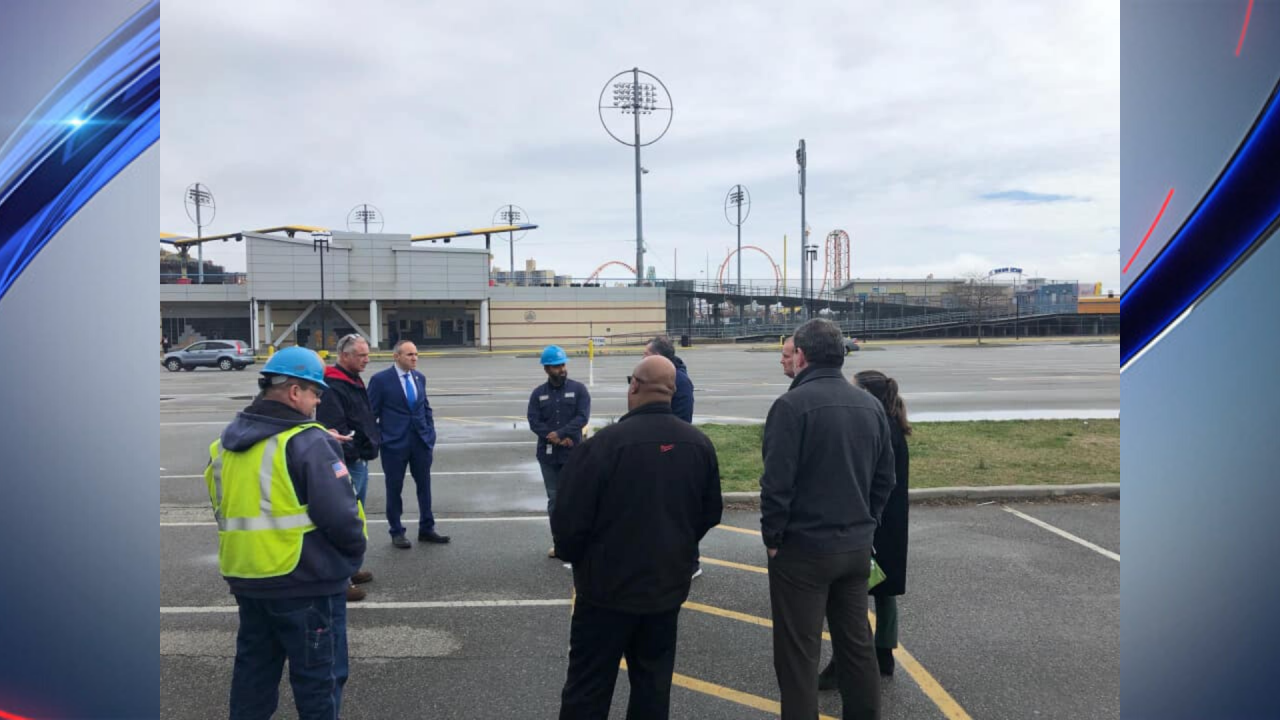 Officials stand in the parking lot of MCU Park discussing plans for a pop-up medical facility amid the coronavirus pandemic.

CONEY ISLAND, Brooklyn — Officials have said the coronavirus pandemic could lead to temporary ICUs and hospitals being set up in large public places like schools. Tuesday, public officials in Brooklyn were working on what that might look like, with the help of the Brooklyn Cyclones.

Councilmember Mark Treyger met with several officials to work on a plan to use the parking lot of MCU Park in Coney Island to expand the capacity of NYC Health + Hospitals/Coney Island.

Treyger, along with staffers from Congressman Hakeen Jeffries' office, Con Edison, Coney Island Hospital, the NYPD, NYC OEM and the Brooklyn Cyclones — who play at MCU Park — worked on the plan to "better serve seniors and vulnerable" people in Coney Island.

Treyger also thanks City Hall for their support and called it a team effort.

Mayor de Blasio said pop-up hospitals and ICUs and dormitory-like infirmaries could come to New York City if hospitals become overcrowded, which is not at all out of the question.

"You could build a medical facility to get people from the hospital into that medical facility and then open up that hospital bed. But I'm looking at dormitories, I'm looking at closed senior citizen homes. I don't want to get to the point of tents, et cetera," he said, noting that there is still likely a shortage of ICU beds, and those likely cannot be "built" in the weeks ahead due to their complexity.