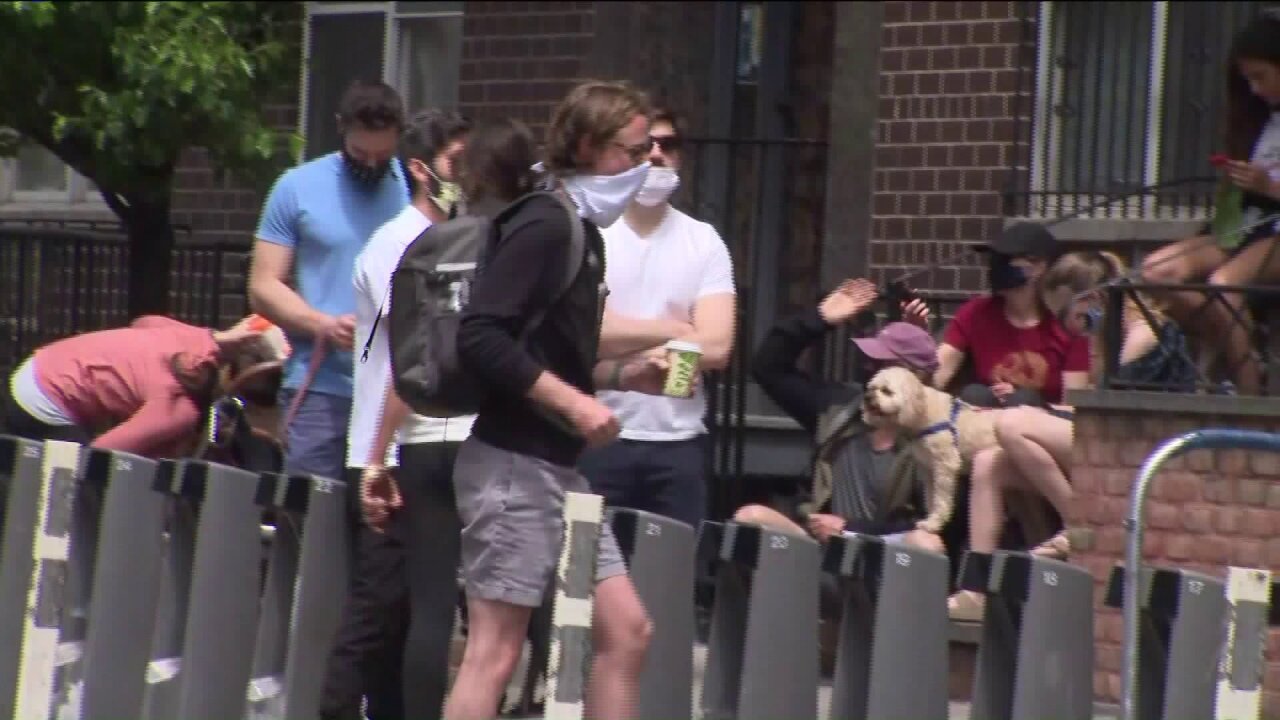 Crowds gathered outside streets during the warm weather weekend.

UPPER EAST SIDE, Manhattan — As New Yorkers enjoyed the warm weather over the weekend, crowds gathered outside restaurants and bars.

On Saturday, officers on patrol encountered a man causing a disturbance outside the Mexicoma restaurant on the Upper East Side around 11:15 p.m.

When police asked him for identification, the man refused and became combative, according to police.

Officers attempted to restrain him and he resisted arrest, authorities said. He was issued a summons for having an open container of alcohol.

I guess this is what #deblasio has in mind. This happened in the #UES last night. The #NYPD will be put in a tough situation if they are forced to carry out orders they might not agree with. The people of #NYC have had enough with the #lockdown pic.twitter.com/lISlRUCIfK

Video posted on Twitter showed the man escorted out of the restaurant. He was then carried and thrown to the ground as officers arrested him.

The NYPD is expected to step up its presence on the Upper East Side after bars and restaurants drew crowds of people who were drinking on the street, Mayor Bill de Blasio said Sunday.

Several restaurants and bars on the Upper East Side drew crowds of people on Friday and Saturday while offering food and alcoholic beverages for curbside pickup.

“I’m not comfortable at all with people congregating outside bars,” de Blasio said during his coronavirus briefing. “If you start to form groups of people … that violates what we’re saying about social distancing. It puts lives in danger.”

The mayor said gatherings are not tolerated and that the city could go so far as to shut down establishments violating social distancing rules. Residents can call 311 to report any crowds.

Bars and restaurants in the city have been restricted to takeout and delivery service since mid-March, when COVID-19 cases started to soar in the tri-state area.