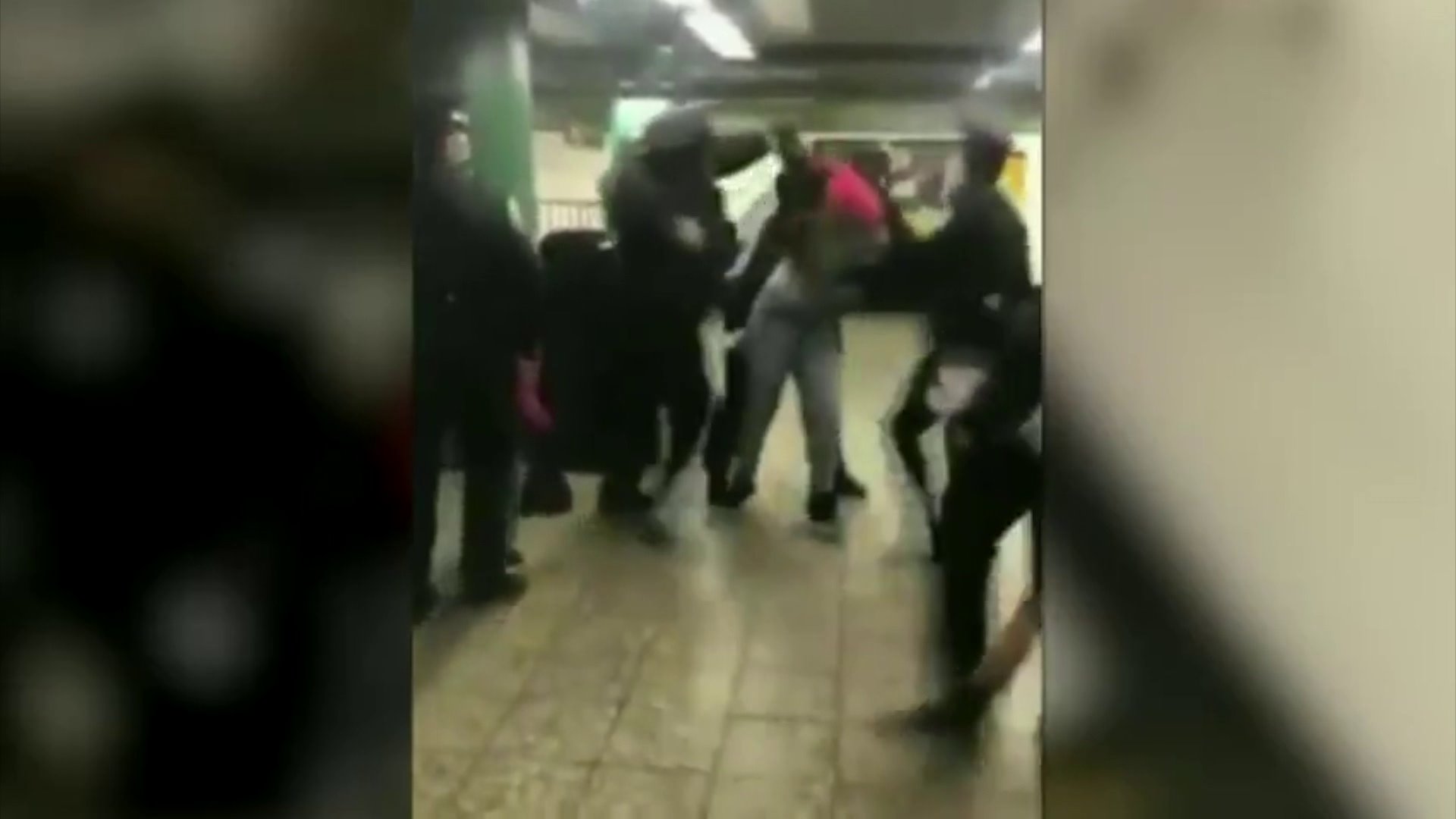 Social distancing enforcement has reached a boiling point and everyone involved, from the police to the community, has had enough.

BROOKLYN — Social distancing enforcement has reached a boiling point and everyone involved, from the police to the community, has had enough.

Another video from overnight shows a 22-year-old woman in the Atlantic Avenue/Barclays subway station with her small child. Police said Kaleemah Rozier was asked to leave the subway several times for not properly covering her face. The mother is heard using profanity and things quickly escalate to violence.

“It shouldn’t have gone down that way," he said. "It does not reflect our values. It’s not what we want to see in the city."

In the video, Rozier was wearing a mask around her neck. At one point you can hear her screaming. Police said she slapped one of the officer's hands before she was taken down. The entire time her little girl was standing right there.

Brooklyn Borough President Eric Adams is outraged over what happened.

“The child is traumatized now watching them wrestling her mother," he said.

NYPD Commissioner Dermot Shea said the incident could have been avoided and the proof is on the officers' body cams.

“The officers approached the lady nicely and ask her 'could you please put on your mask?' You see it on body camera," he said. "But she tells then 'I’m going to cough on all of you.'"

Whether or not that was the case, retired NYPD Deputy Corey Pegues said the officers were wrong.

“The officers are trained, so I expect them to take the high road they should have backed away," Pegues said.

The NYPD has been under fire recently for its way of enforcing social distancing. The department’s own record show 80 percent of people accused of social distancing violations are African American or Hispanic, and Shea admits there is a problem, but said it has nothing to do with race.

“Sometimes it’s social economic," he said. "It’s deep rooted in generations, but to say that it’s officers who are racist, we need more of a conversation”.

Rozier was charged with disorderly conduct and resisting arrest. She has hired an attorney who wants those charges dropped.