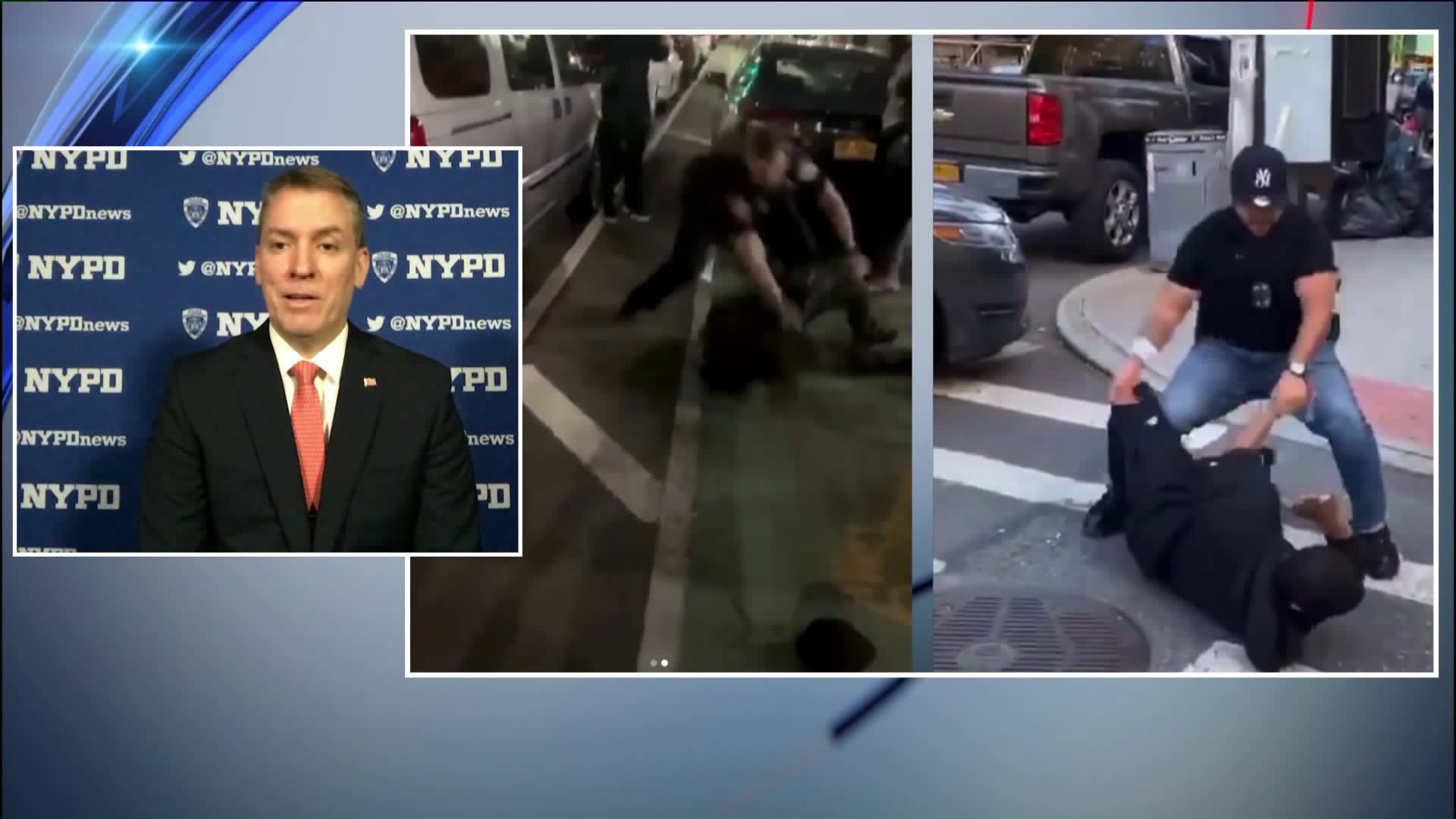 NYPD Commissioner Dermot Shea discusses how the force is doing as NYC continues to battle COVID-19. Shea also responded to alleged comments made by the health commissioner and what he has to say to those accusing the NYPD of racial disparity.

NEW YORK — The NYPD has been one of the forces on the front lines of the COVID-19 outbreak, but the department has been met with criticism on arrests and an alleged exchange between the health commissioner and an NYPD chief.

Shea said he can’t say the remarks are accurate, but that “the facts matter” in this situation.

“What we know now is different from two months ago” when it comes to the virus, so fears were at a different high than it is now, he added.

The police commissioner responded to criticism over social-distancing arrests and racist allegations, saying “there is no doubt whatsoever” that data shows racial disparities in arrests and summonses, but disparities go beyond the NYPD and racial bias has been “deeply rooted” for generations.

Shea also added that it has been “extremely rare” for social-distancing violations to result in summonses and arrests and most people have complied. He also asks for New Yorkers to comply to the NYPD when confronted about social distancing guidelines.