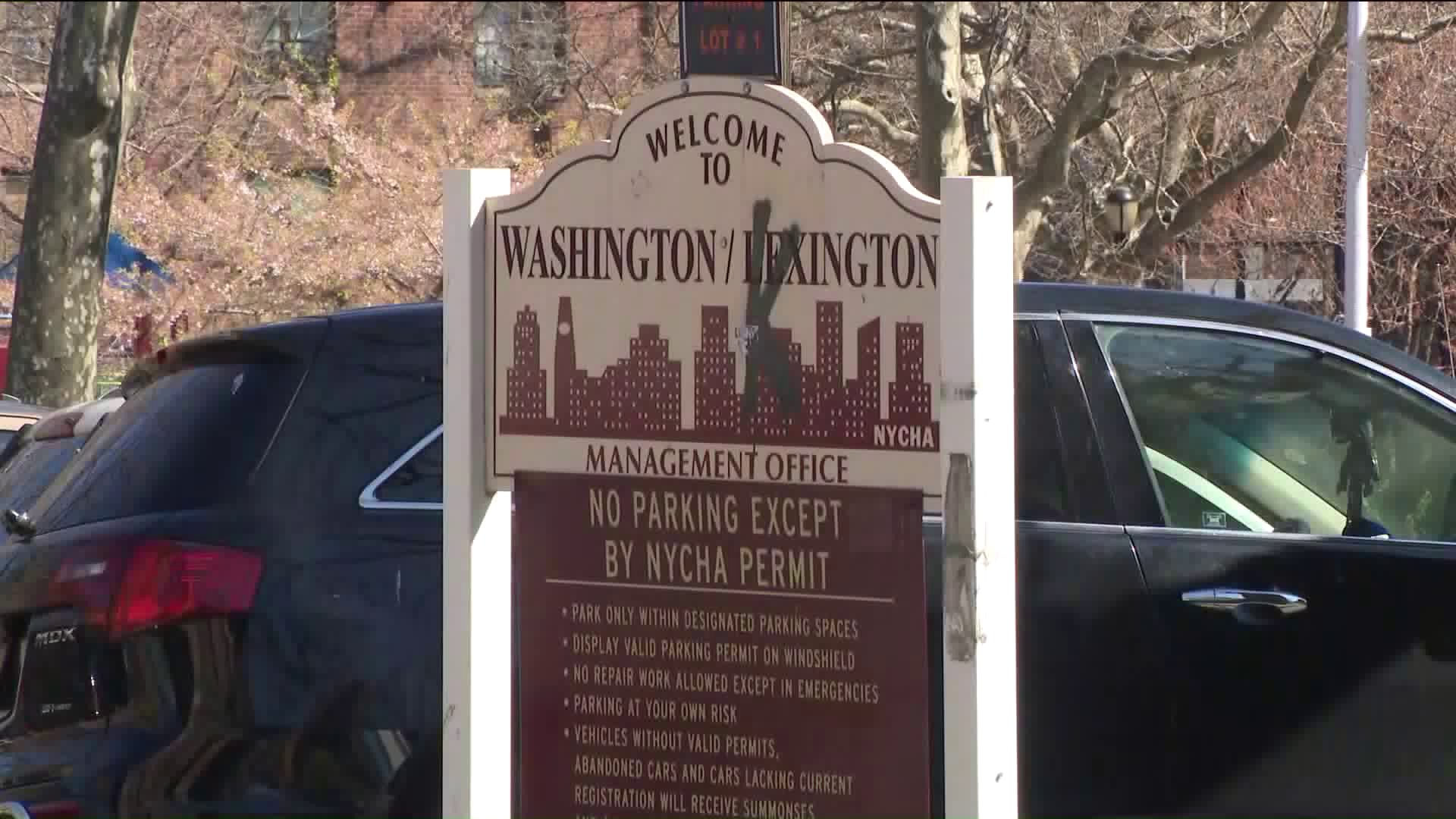 New York City Housing Authority residents in need of repairs are afraid to allow workers without protective equipment inside their homes.

On Monday afternoon just outside the Washington Houses in East Harlem, a NYCHA worker clean up the trash on Third Avenue. The worker wad wearing a mask and gloves, but Tenant Association President Claudia Perez said that seeing workers wearing masks is rare.

Perez has been getting non-stop complaints from tenants and NYCHA workers that workers have to bring in their own masks and supplies.

“NYCHA doesn’t care about its workers or residents, Perez said. "Residents are afraid to let them in their homes because they don’t have protective gear on. They feel they can be infected."

According to NYCHA’s own numbers on their website, over 564,000 people live in public housing as of 2019: 21 percent of those residents are age 62 and older. It's a a perfect storm, some said, for the virus to strike.

Torres is deeply concerned NYCHA doesn’t have a plan in place to protect their workers when, more than ever, emergency repairs are needed because families have to stay in their homes 24/7.

“Every employee should be required to wear a mask,” said Torres.

Gregory Floyd, the president of teamsters 237, which represents thousands of NYCHA workers, tells pix11 “They [NYCHA] had no plan and now they lost a lot of staff because people are out sick.”

PIX11 spoke to the NYCHA CEO Greg Russ on March 25. Russ confirmed then that dozens of workers were already sick.

“We think we have 40 individuals who may have been impacted in some way,” Russ said at the time.

On Monday, he said in an emailed statement that NYCHA had modified policies in response to COVID-19. Russ said those procedeures continue to be developed in real time as the situation changes.

"Our work is essential, our employees are essential, and we MUST provide emergency and critical repairs--no heat and hot water conditions, water leaks, gas leaks, flooding conditions, stoppages, electrical issues, severe pest infestations, and other hazardous conditions-- at all of our developments, and inside of residents apartments, when needed," he said.

Torres said NYCHA should give a regular update on numbers. This is deeply personal for Torres: he tested positive for COVID-19 weeks ago and his 60-year-old mother lives at the Throggs Neck Houses, a NYCHA development in the Bronx.

“NYCHA should explore the idea of video conferencing and doing inspections,” said Torres.

If you have a story, reach out to Monica Morales at monica@pix11.com