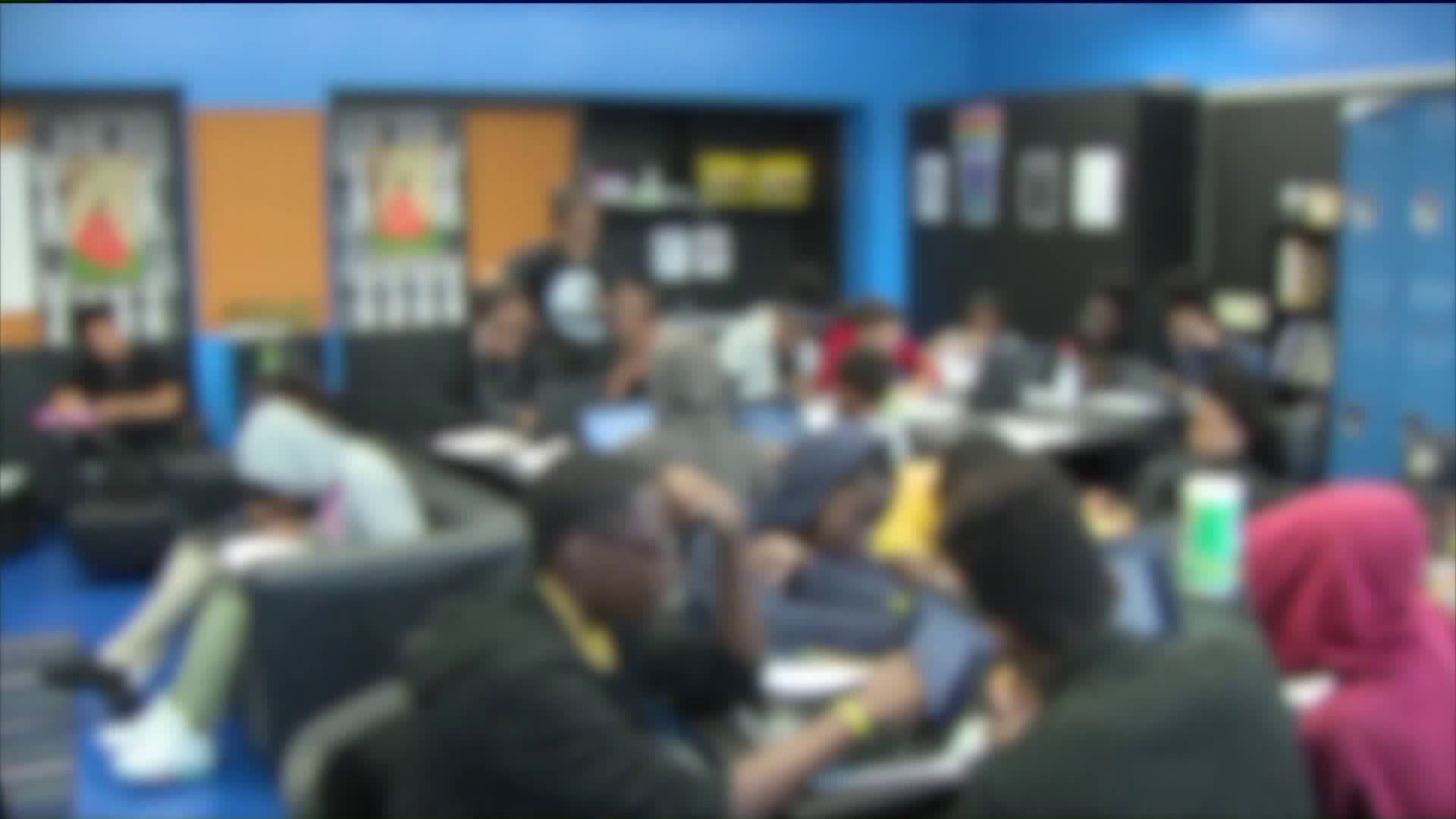 Social distancing in the classroom could be part of the new normal when schools do open up again.

NEW YORK — Students in New York could have staggered hours at schools in the fall.

The city is looking at "any and all options," Mayor Bill de Blasio said Tuesday. Education officials are long ways off from making a final decision about what schools will look like in the upcoming academic year.

"What I've said to the chancellor and his team is, Plan-A is everyone goes to school in early September as usual, we're up and running, we're at full strength. We understand a lot has to happen to make that possible," de Blasio said. "If Plan-A can't happen, there's lots of other permutations that still could allow us to give kids a great education and take a major step back to normal."

At a Senate hearing on getting people safely back to school, Dr. Anthony Fauci of the National Institute of Allergy and Infectious Diseases cautioned against opening too quickly.

“The idea of having treatments available or a vaccine to facilitate reentry of students into the fall term would be something that would be a bit of a bridge too far,” he said.

“I think we better be careful if we are not cavalier in thinking that children are completely immune to the deleterious effects” Fauci said.

In New York, several children have died of an illness linked to COVID-19. The state is investigating more than 90 cases of pediatric multi-system inflammatory syndrome. NYC Health Commissioner Dr. Oxiris Barbot reminded parents staying home is the most important factor in prevention.

"The reality is that the degree to which we minimize potential exposure to COVID-19 for children is the best way that we can protect them," she said.

He's also concerned the changes may impact the level of education available to students.

"I'm very worried about the gap that's going to increase between those who have technology, who have the ability to be online for four or five hours a day, who are able to do the homework on time, and the kids who are inevitably are going to fall behind," he said. "There's going to be a larger gap. That's going to be an economic gap, income gap, that will be ours for decades to come."