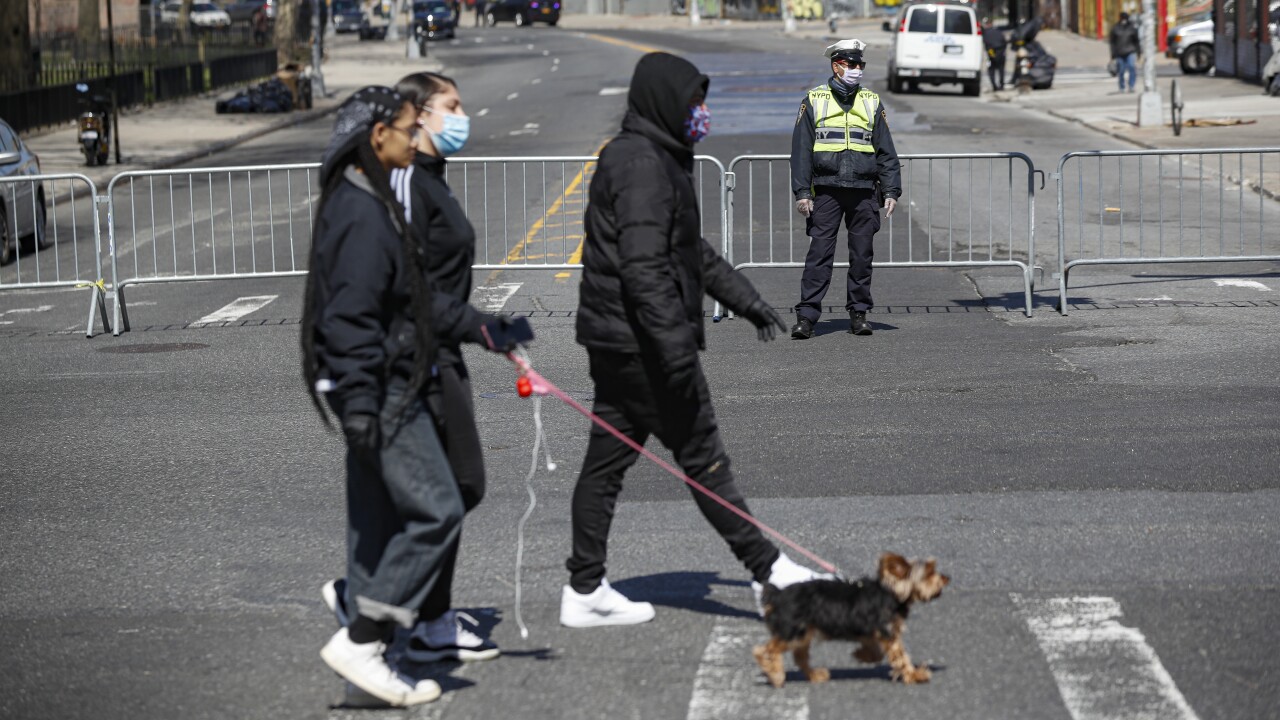 John Minchillo/AP
An NYPD traffic officer wearing personal protective equipment stands at a barricade after the city closed down a section of Bushwick Avenue due to COVID-19 concerns, Friday, March 27, 2020, in the Brooklyn borough of New York.

NEW YORK — New York City officials are working on a plan to open 40 miles of streets for pedestrian use as New Yorkers try to enjoy the spring and summer while continuing to follow social distancing rules amid the COVID-19 outbreak.

Mayor Bill de Blasio said he has reached a deal with the City Council to craft a plan that could eventually expand to 100 miles of open streets in the five boroughs. A similar program was introduced in the City Council last week.

The plan will balance safety and enforcement along with New Yorkers’ need to stretch their legs while social distancing, the mayor said.

Representatives from the mayor’s office, City Council, NYPD and Department of Transportation will first focus on opening streets surrounding existing parks, though specific locations will be announced at a later date.

“I’m very concerned about the streets on the outsides of parks that often times we're seeing that immediate area getting very crowded,” de Blasio said. “That’s an obvious opportunity to open up more space.”

The mayor said they will be working to get the first round of streets open as quickly as possible through May.

Earlier this month, the mayor’s office ended a similar pilot program that had closed six to seven blocks in four boroughs, citing the need to shift NYPD resources.

While the pilot program was a much smaller endeavor than what de Blasio outlined on Monday, the NYPD at the time was also facing a massive staffing shortage. More than 6,000 uniformed officers were out sick the day before the program was ended.

The NYPD has since begun to rebound. On Sunday, 3,166 uniformed members were out sick. To date, more than 4,800 officers have recovered from COVID-19 and returned to work.