NYC streets open for pedestrian use amid COVID-19 outbreak 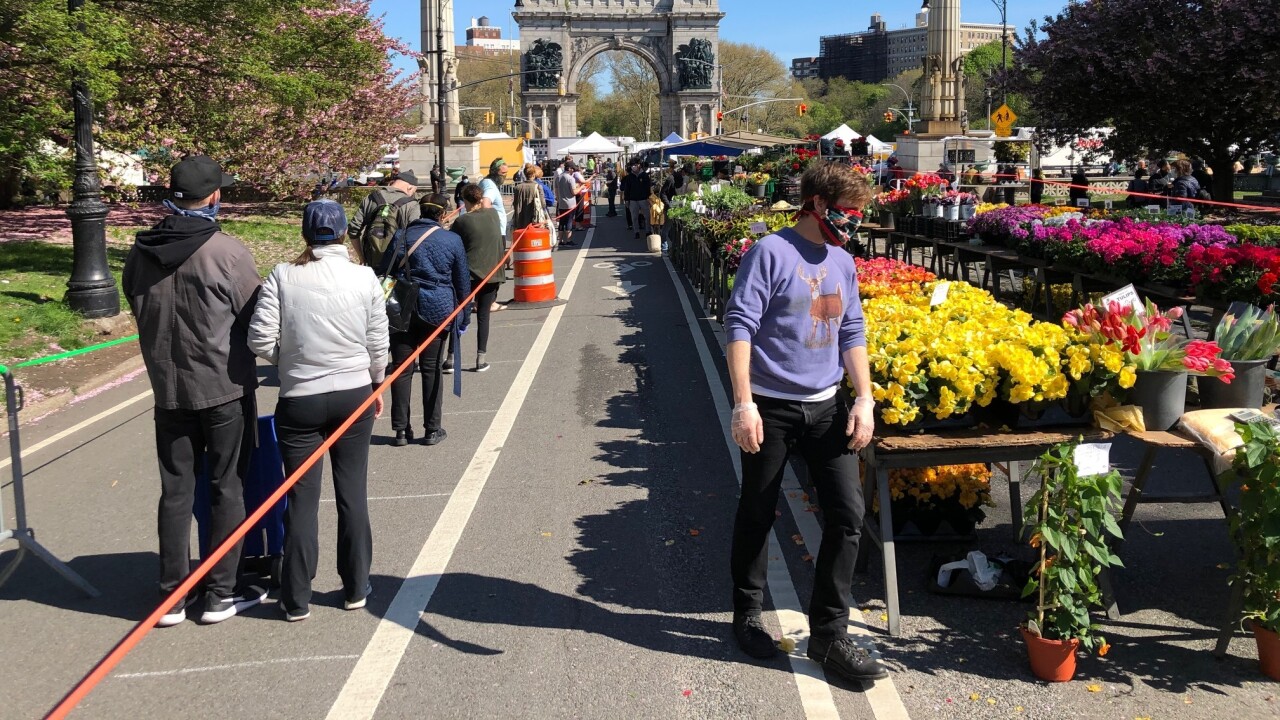 Peter Morgan/AP
Shoppers wait on one of several lines to make purchases at the farmer’s market at Grand Army Plaza in Brooklyn on Saturday, May 2, 2020.

The program was initially set to begin on Monday, but Mayor Bill de Blasio pushed for an early start citing concerns that “spring fever” could create overcrowding in and around New York City’s parks this weekend.

The streets will be closed to vehicle traffic from 8 a.m. to 8 p.m. every day.

Some of the designated roads are located within parks while others are adjacent to greenspaces.

Here’s a breakdown of the pedestrian-only areas:

4.5 miles of streets inside parks

2.7 miles of streets adjacent to parks

The city is working toward expanding to 40 miles of pedestrian-only streets by the end of the month. Depending on how long the outbreak lasts, the city could see up to 100 miles of road incorporated into the program.

With warm weather on tap for the weekend, de Blasio is urging New Yorkers to continue to follow social distancing rules.