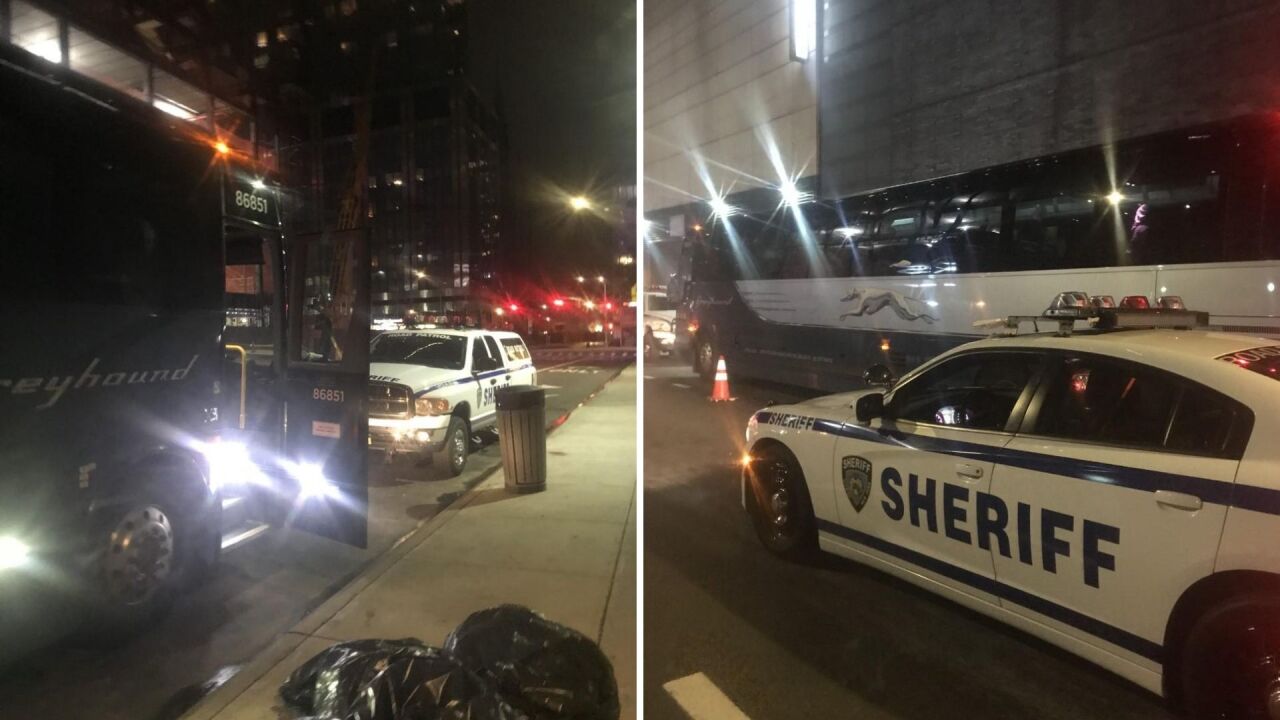 New York City sheriffs pulled over their first bus traveling from out of state Thursday night.

A Greyhound bus from Atlanta that made stops along the way was pulled over coming off the Lincoln Tunnel around 10 p.m. Thursday, the source said.

The bus was headed to Port Authority.

This is the first bus pulled over by the city sheriff’s officers as they enforce New York State’s travel order, according to a law enforcement source.

No tickets were handed out, but about half the passengers were told to fill out a traveler form. The other half told authorities they had boarded the bus in New Jersey, the source said.

The stop, which took less than 30 minutes, comes as the NYC Sheriff’s Office has stepped up patrols at the city’s bridges and tunnels under orders from Mayor Bill de Blasio.

Last Friday, officers issued their first summonses to a driver and passenger who traveled to South Carolina and refused to quarantine.

More patrols are expected this weekend.