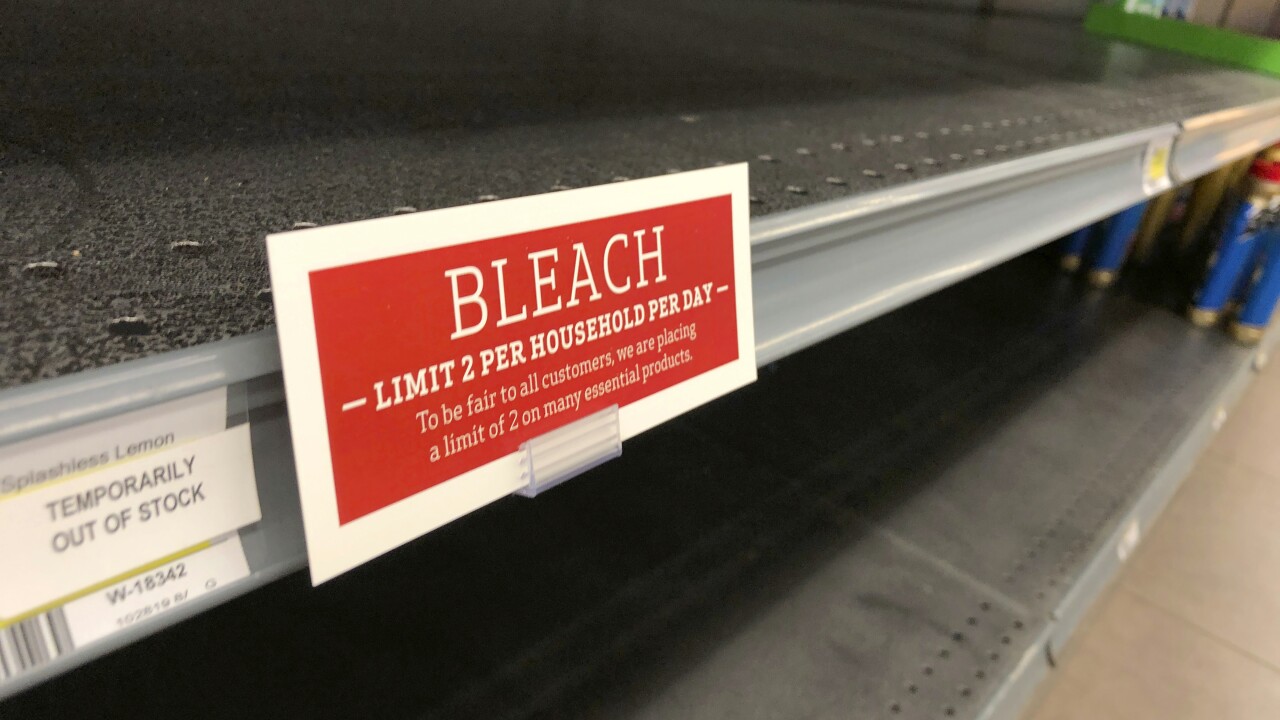 Reed Saxon/AP
A sign advises only two bottles of bleach per customer amid the coronavirus outbreak.

NEW YORK — New York City Poison Control experienced a major spike in exposure calls related to Lysol and other household cleaners after President Donald Trump suggested experts look into whether injecting disinfectant into the body would rid it of COVID-19.

None of the exposures resulted in hospitalization or death, according to the spokesman.

By comparison, during the same 18-hour period of 2019 there were 13 cases of exposure to a household cleaning product, including two related to bleach. No cases were connected specifically to the Lysol brand, the spokesman said. The data was first reported by NBC New York.

Health officials and cleaning companies such as Lysol have been warning the public not to inject or ingest any disinfectant or cleaning product since the president’s comments during a Thursday press briefing on the COVID-19 pandemic.

During the news conference, Trump had turned to William Bryan, Under Secretary for Science and Technology at the U.S. Department of Homeland Security, and the White House’s coronavirus task force coordinator Dr. Deborah Birx, inquiring, “Then I see the disinfectant, where I see it knocks it out in a minute. Is there a way we can do something like that? By injection inside or almost a cleaning, as you see it gets into the lungs and it does a tremendous number.”

Trump’s suggestion is not backed up by any science, and people should not inject a disinfectant in hopes of killing off the virus.

To be clear, disinfectants are not intended for ingestion either by mouth, by ears, by breathing them in any way, shape or form. And doing so can put people at great risk. https://t.co/QFuGdXIPcp

New York City Health Commissioner Dr. Oxiris Barbot issued a warning on Friday, saying, “To be clear, disinfectants are not intended for ingestion either by mouth, by ears, by breathing them in any way, shape or form. And doing so can put people at great risk.”

Trump later said his comments were an attempt at sarcasm and misinterpreted.

This story comprises reporting from Justin Boggs and The Associated Press.