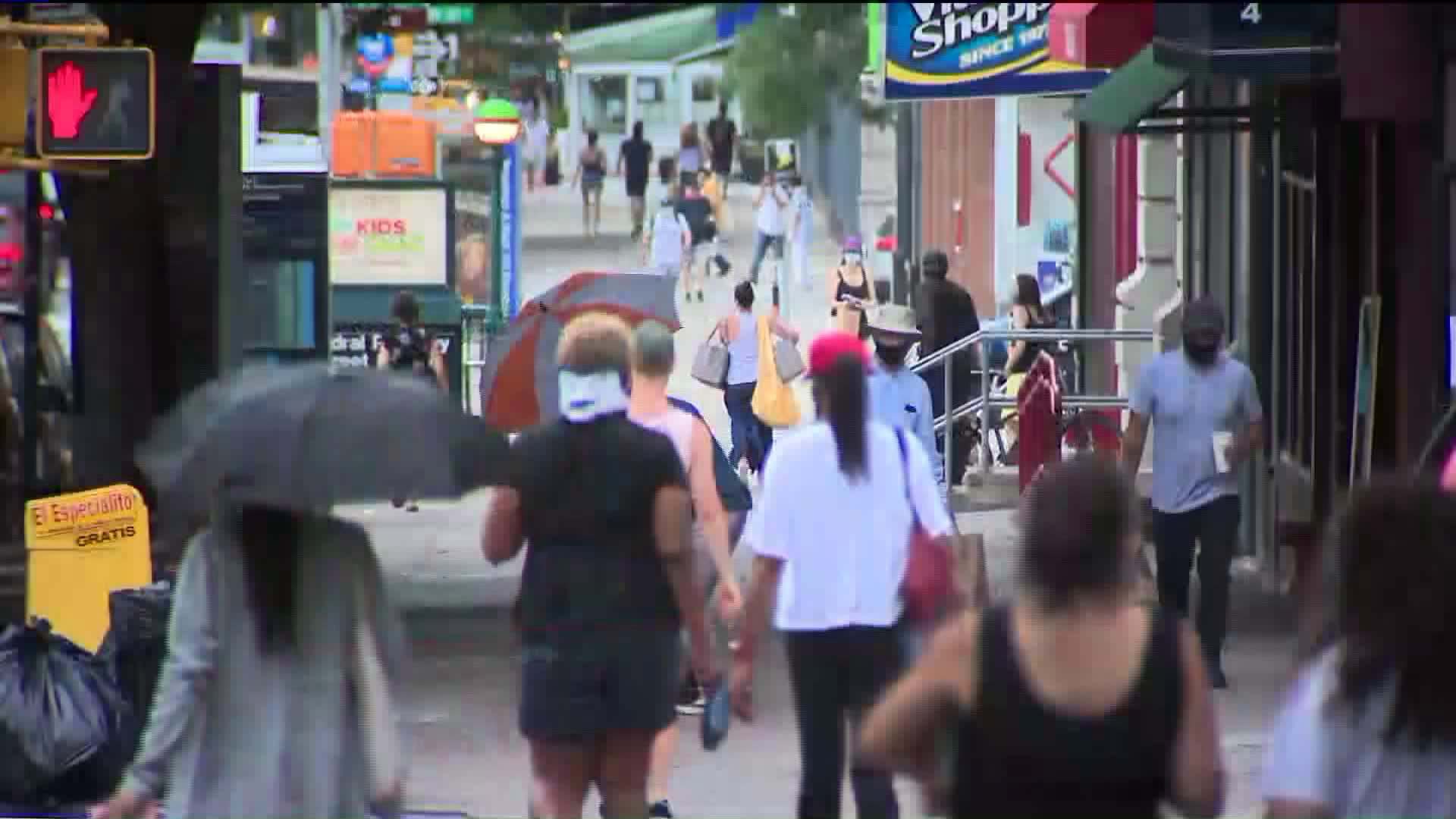 The U. S. economy created 4.8 million jobs in June as the national unemployment rate fell to 11.1% but NYC's reopen has moved a little slower.

NEW YORK — The U. S. economy created 4.8 million jobs in June as the national unemployment rate fell to 11.1%

"This was the largest monthly jobs gain in the history of our country," President Donald Trump said in a press briefing touting the new numbers.

The president added "retail sales went up an astonishing 18% in May." National progress was made as states across the country began to re-open, just before a new spike in COVID-19 passes.

Here in New York City, "we’re moving a little bit slower and that’s in part because we were the epicenter of the pandemic," explained Randy Peers, CEO of the Brooklyn Chamber of Commerce

Initial New York State unemployment claims are up 661% over the past year.

A report from The New School's Center for New York City affairs found the city could end 2020 with 600,000 fewer jobs.

"Brooklyn gets hit harder because neighborhood retail, arts and entertainment, arts and hospitality tend to be larger business sectors for us," Peers told PIX11 News.