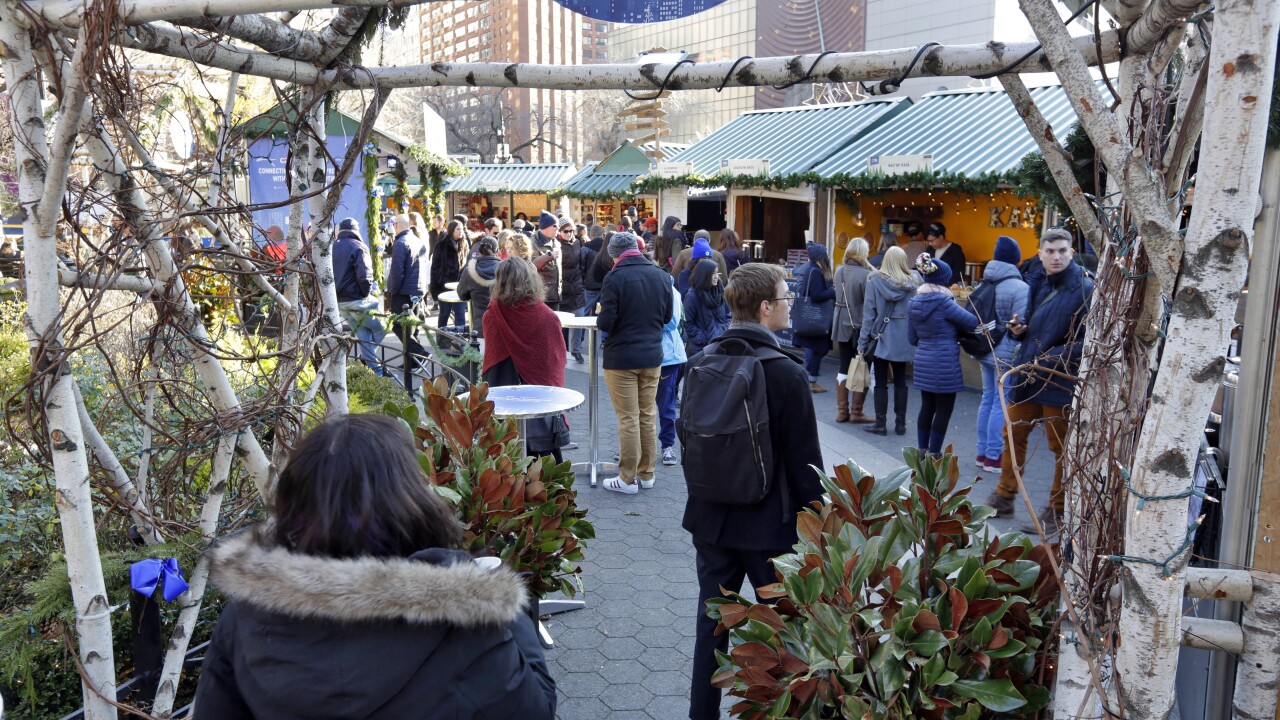 (Copyright 2020 The Associated Press. All rights reserved. This material may not be published, broadcast, rewritten or redistributed.)
Richard Drew/AP
shoppers pass through an archway into the Union Square Holiday Market in New York City on Dec. 7, 2017.

NEW YORK CITY — Another revered New York City holiday tradition is at risk of being put on pause this year amid the coronavirus pandemic.

This winter, you might not see the city's famed and beloved holiday markets, based on Mayor Bill de Blasio's response when asked Wednesday at his daily press briefing.

"In general, as every month has passed, we've made the decision not to extend the kind of permits that existed in the past," the mayor said. "We can't have those kind of gatherings. We need to keep streets clear."

De Blasio said the city will announce more details on the decision around holiday markets "soon."

"Everything is going to be decided based on the data and science. Health and safety first," he said.