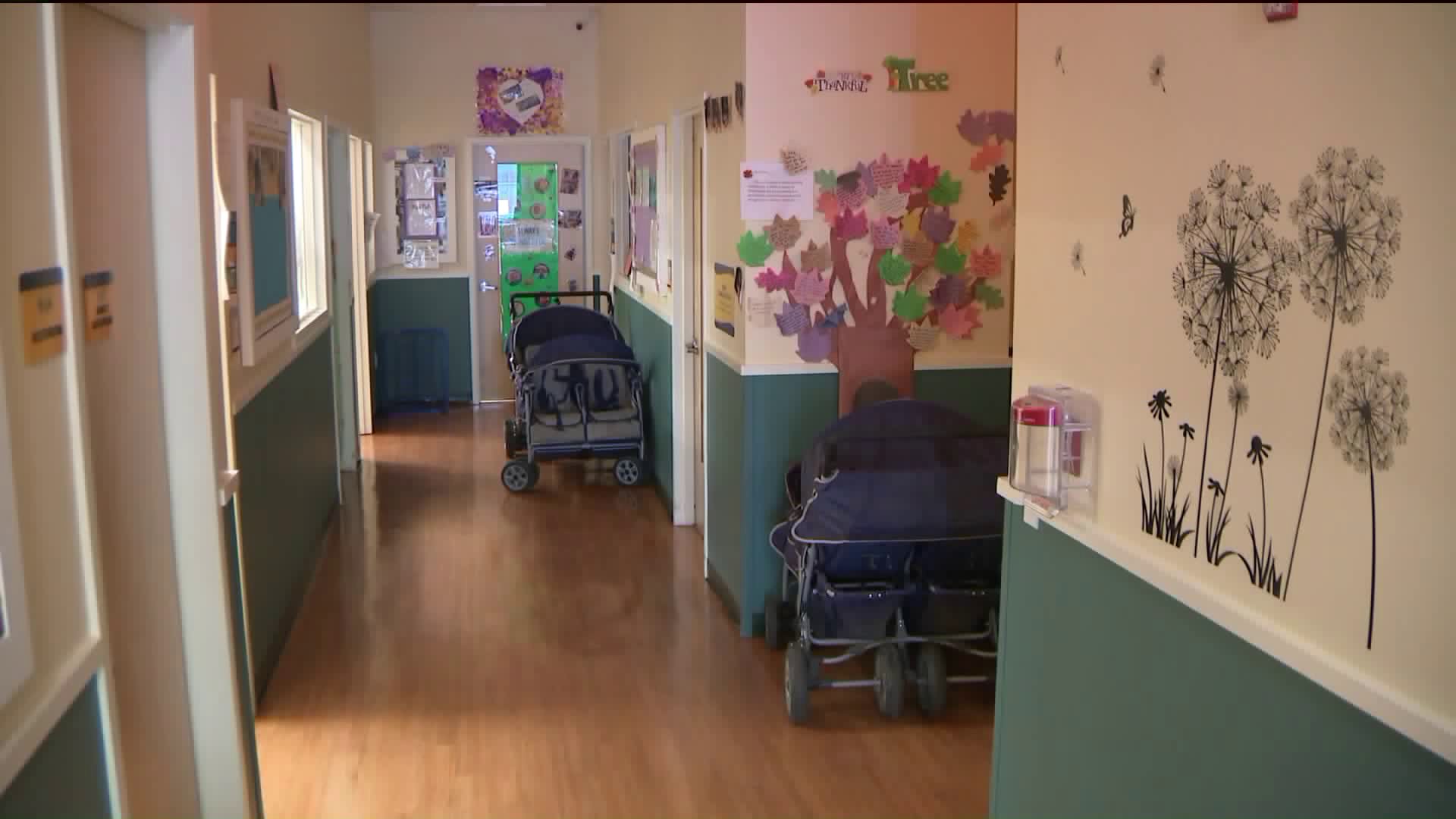 The NYC Department of Health ruled that day care centers can reopen beginning next week.

LONG ISLAND CITY, Queens — By a unanimous vote, the members of the New York City Board of Health have cleared the way for more than 3,000 day care centers to reopen, beginning next Monday.

That approval came late Tuesday afternoon, but getting families on board is going to be a challenge. Still, both the city and some day care centers say they're ready for it.

At his daily morning briefing, Mayor Bill de Blasio said that as the city continues the process of reopening, "It’s really important to be able to tell people they may have day care as soon as Monday."

By contrast, parent Chantal Coleman said something that may be on the minds of many mothers, fathers and guardians.

"Kids are so germy, and they carry everything," Coleman said, as she watched her child, niece and nephew at a local playground. "So they've got to figure out a way to not have them spreading everything around."

The mayor, along with Health Commissioner Oxiris Barbot, M.D., said during the daily briefing that the city will limit the number of children per room to 15. It will also require face coverings be worn by staff members and children. Facilities will also have to have daily health screenings, frequent cleaning and disinfecting, and have limited sharing of items, such as toys.

At the Kiddie Academy of Williamsburg, education director Nicole Barnhardt spoke with PIX11 News about her school's preparation process for the reopening. However, she only spoke after putting the camera crew and reporter through a lengthy health screening.

"We can open as early as next week," Barnhardt said, but added that the protocols for doing so will result in an environment that's different from what families had been used to.

"Now we're having to create what's called cohorts," or separated groups, she said.

By keeping each group of students separate from other groups at all times, Barnhardt said, "if there's an outbreak, or if someone gets sick, we're able to target that it came from one particular group."

In other words, the preschool itself can test and trace children, she said.

About 150 child care centers have been open in New York City during the pandemic, for the children of essential workers. The Board of Health's approval will expand that number to more than 3,000 centers next week, serving about 150,000 families.

There is another form of daycare, as it were, on some parents' minds — public schools. PIX11 News asked Mayor de Blasio about plans for their reopening.

He said that the Department of Education had sent out a survey for which it received 400,000 responses from families.

"Seventy-five percent of them want their kids back in school in September," the mayor said.

That overwhelming lean toward reopening, he added, will strongly influence the city's course of action regarding schools, going forward.

"We're going to have more to say on it this week," the mayor said.