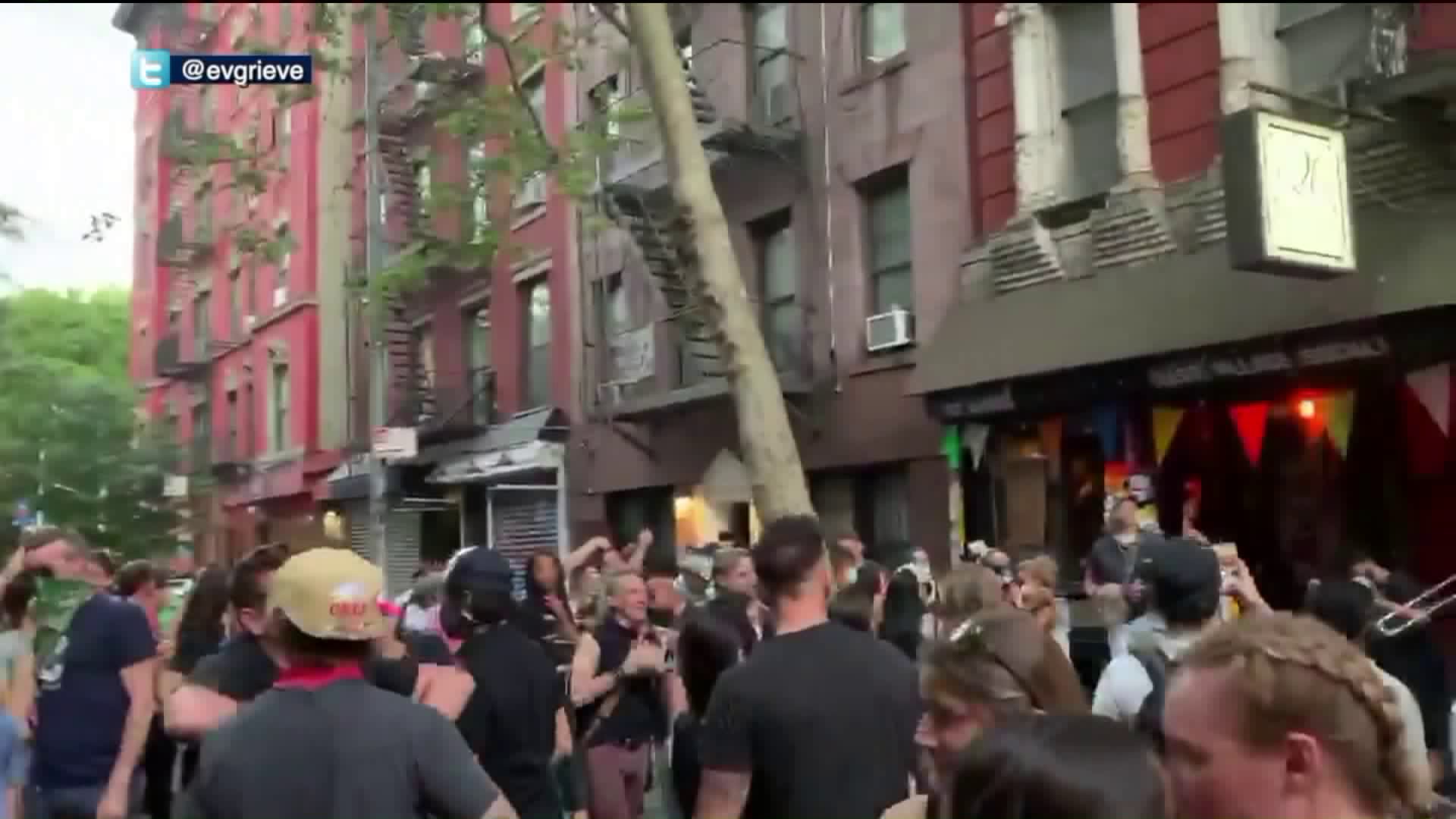 The governor called out East Village partiers that seemed to ignore social distancing guidelines over the weekend.

EAST VILLAGE, Manhattan — After Gov. Andrew Cuomo put New Yorkers on notice over the weekend and warned local businesses to comply with social distancing guidelines, crowds were much smaller Monday.

Still, images of packed streets and block party-like crowds outside Manhattan bars from over the weekend did not sit well.

“There is a very real possibility that we would roll back the reopening in those areas,” Cuomo said.

As of Sunday, the state had received 25,000 complaints about businesses violating the phased reopening plan, primarily from Manhattan and the Hamptons.

"We've never received so many complaints in such a short period of time," the governor said.

New York City — widely considered the epicenter of the coronavirus outbreak that killed more than 24,000 people statewide — is currently in Phase 1.

While curbside pickup of food and alcohol is allowed, outdoor dining is prohibited until the city’s health data improves enough to move into Phase 2.

Restrictions on outdoor gatherings have also been loosened, however, officials say people should still wear masks and keep 6 feet apart when possible.

The governor said he personally called several owners after seeing photos of those establishments breaking the law.

Bars and restaurants that do not stick to rules of the phase their region is in can lose their liquor license, Cuomo said.

Of course, the fear is that with large crowds — coupled with crowds of protesters citywide calling for police reform — coronavirus cases could rise as the days and weeks go by.

Still, on Monday, Cuomo said the numbers are exactly where it should be.

Some regions, like Western New York and the Capital Region, will enter into phase 3 of reopening later this week. However, the state’s epicenter of the COVID-19 crisis, New York City only entered Phase 1 last week.

Thankfully infection rates are way down, but the city and state have said that to ensure that trend continues, 3,000 contact tracers were hired.

They started their work June 1, and so far, the information they've collected is critical.

Dr. Ted Long heads up the efforts for the city and he said 50% of the new tracers were hired from the hardest hit boroughs and speak about 40 languages.

“On that first phone call that you get from us, we’re going to figure out what resources you need,” said Long.

Resources can mean arranging temporary housing with partnered hotels but most importantly, tracers will track exposure.

A recent report indicated contact tracers will not ask New Yorkers if they have attended a protest.

However, city officials clarified that point today with PIX11 and said while it is not part of the scripted questioning for tracers, should the subject of attending a rally come up, it will not be ignored.

In fact, Long emphasizing all New Yorkers should take full advantage of the city’s universal and free testing locations for COVID-19.