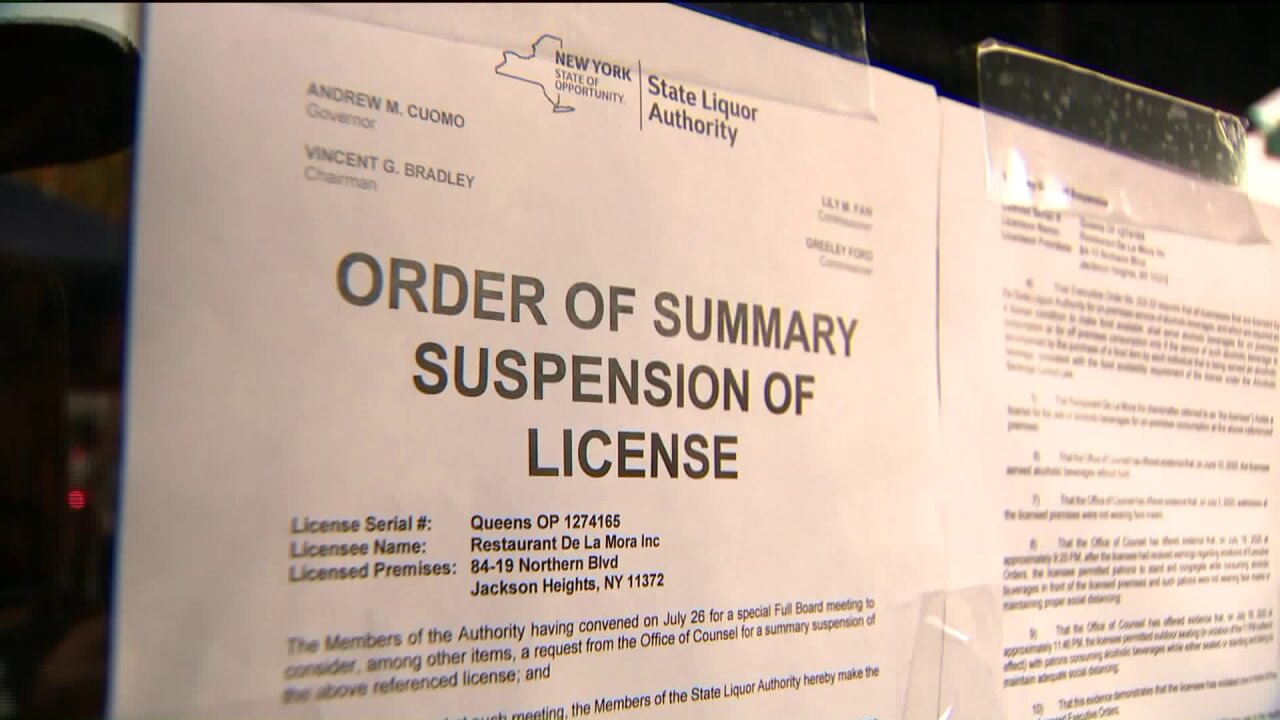 Several establishments have had their licenses suspended by the State Liquor Authority, July 2020.

In total, 162 bars and restaurants have had their liquor licenses suspended for repeated or egregious violations since the pandemic began, according to the governor.

"Now is not the time to lose sight of our goal, and if compliance slips, all of the progress we've made over the last five months could be undermined,” Cuomo said Monday in a statement. “These establishments put the health of their staff, their patrons, and all New Yorkers at risk — and their actions are simply unacceptable."

The 14 new suspensions are located in New York City, Long Island and the Capital Region.

Task force investigators reported that one Brooklyn establishment, La Perla Del Ulua Restaurant, threw an illegal street party on Saturday with a DJ and nearly 40 people drinking and dancing, according to state officials.

The SLA can suspend a liquor license for either repeated violations or if one violation is particularly egregious, according to officials.

Violators of the state’s coronavirus executive orders and guidelines can face fines up to $10,000 per citation.

The crackdown on restaurants and bars continues despite progress in slowing the spread of the virus.