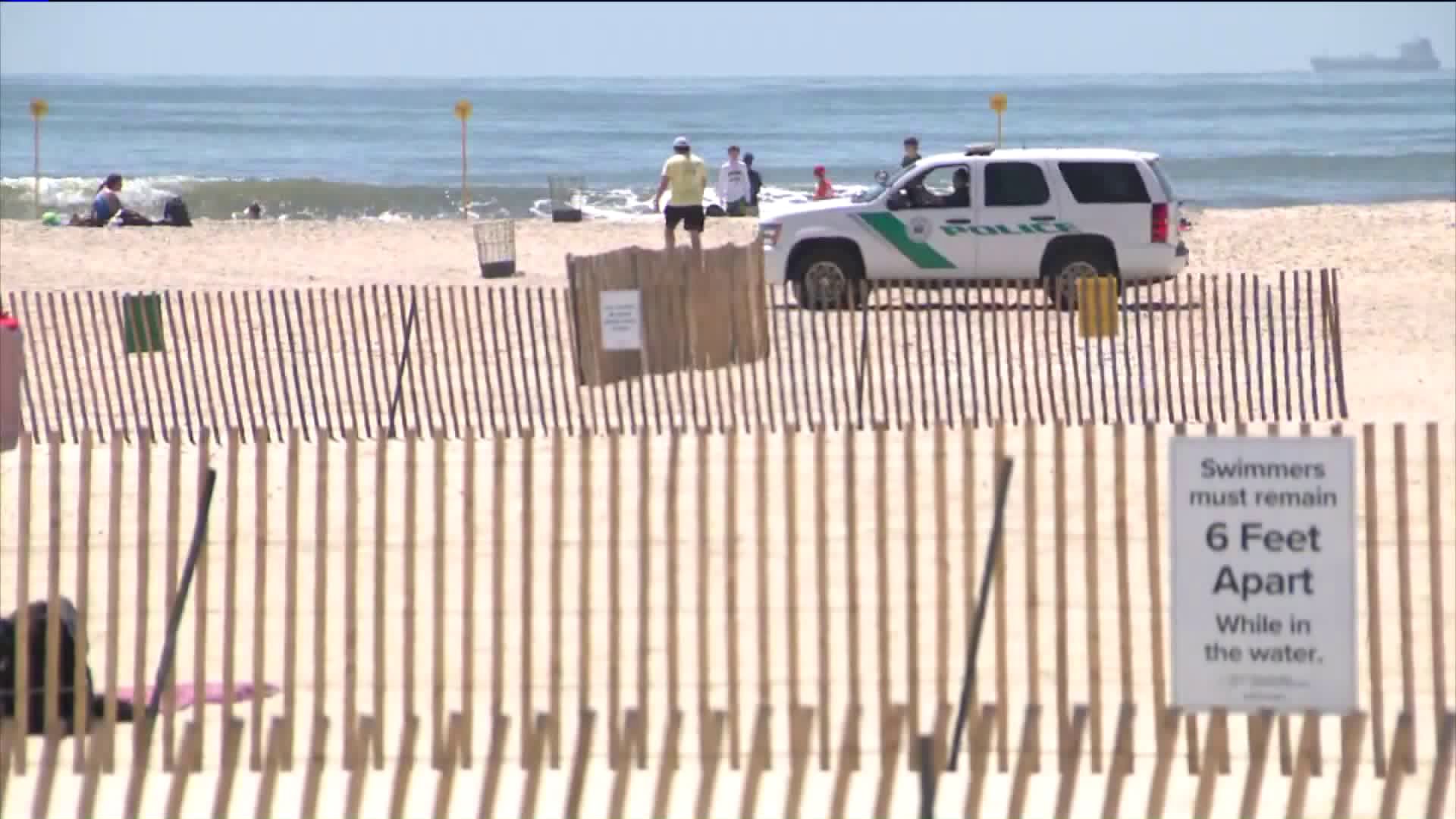 JONES BEACH, L.I. — State-run beaches opened on Long Island on Friday amid strongly enforced social distancing standards, but only moderately sized crowds. Meanwhile, locally operated Long Island beaches prepare to open on Saturday for swimming, but their boardwalks and sand were accessible to the public on Friday, as well.

Pat Colangelo, of Bellmore, had come out to a Hempstead beach to walk the boardwalk with his wife, Ann.

"It's kind of dead," he said, "so I guess some people are just staying home."

At Jones Beach, which is operated by the State of New York, there were some stretches of sand and boardwalk where people in uniform, including state troopers and lifeguards, outnumbered beachgoers.

The state parks commissioner said it's an appropriate precaution.

"Normally, you don't see all these rangers here on the beach," Erik Kullesaid told PIX11 News, "but we want to be a presence here to remind people that they can enjoy the beach, but need to observe some very simple rules."

Still, the commissioner added, "It is a funny thing to see people in bathing suits and masks."

The social distancing enforcement, combined with temperatures in the upper 60s, and partly cloudy skies made it easy for the crowds to stay relatively sparse.

"Everybody's a little more spread out," said one beachgoer, as he walked across an overpass to the sand with his wife and two small daughters.

Among other changes, every other sink in the wash house bathrooms was taped over with caution tape, and every other urinal in the men's rooms were sealed with plastic bags.

Lifeguards are on duty, as always, but signs are posted saying that beach blankets have to be at least 10 feet apart.

All food and drink has to be brought in, since concession stands are closed, in order to further promote social distancing.

Also, to ensure only 50 percent capacity, every other parking spot is blocked with a cone. Overall, it's a very different beachgoing experience than New Yorkers have been used to.

However, as Carol Giorgio, a local resident who walks the boardwalk regularly pointed out, it's an emotional lift to have full access to the beach, as the pandemic slowly wanes.

"If the beaches were not open," Giorgio said, "I'd be in a deep depression."

Her friend Pam Madison, a fellow boardwalk agreed, and said that the adjustments are palatable, in order to have access to the water and the sand all summer.