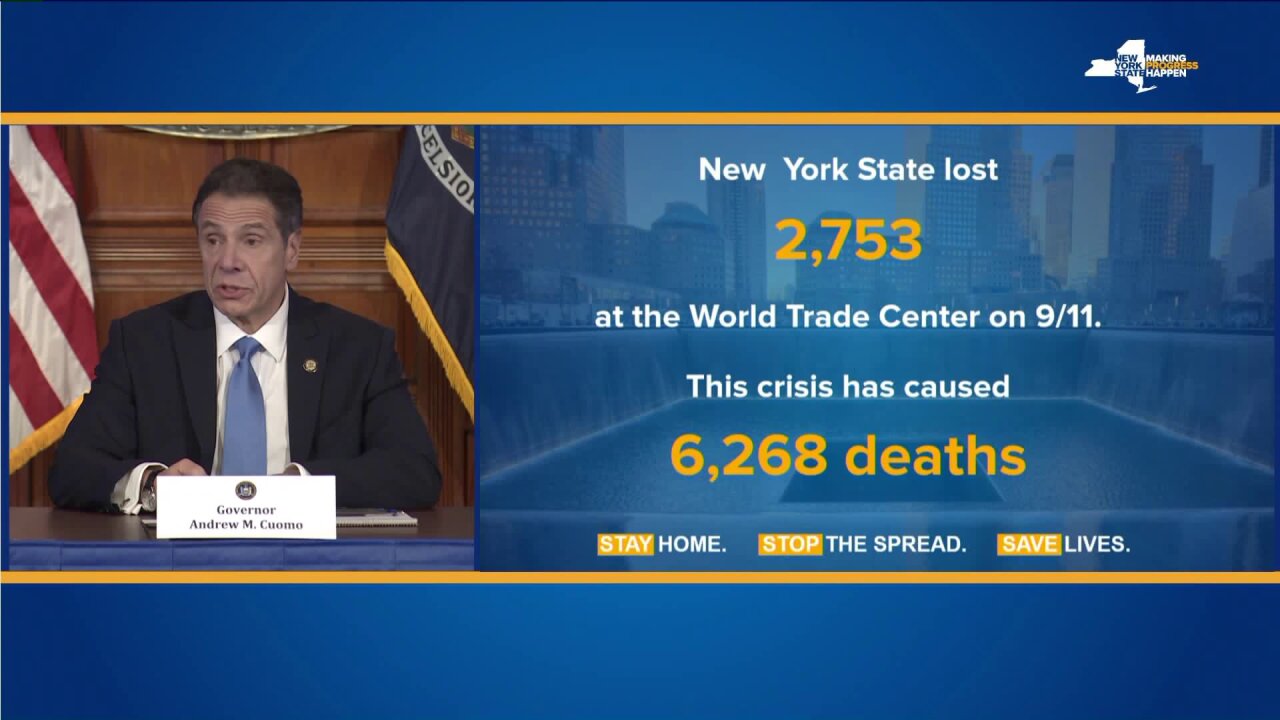 There were another 779 deaths in New York from "this vicious predator of a virus," Cuomo said. It was the second day in a row that New York had an increasing number of deaths. Cuomo announced 731 deaths on Tuesday morning.

"The number of deaths will continue to rise as those hospitalized for a longer period of time pass away," he said. "The longer you are on a ventilator, the less likely you will come off a ventilator."

"When you get up tomorrow morning, the news could be just as bleak," Cuomo said.

He said there's also a possibility the state is under-counting because data isn't available on people who die at home.

"There could be a deviation, no doubt about that," Cuomo said.