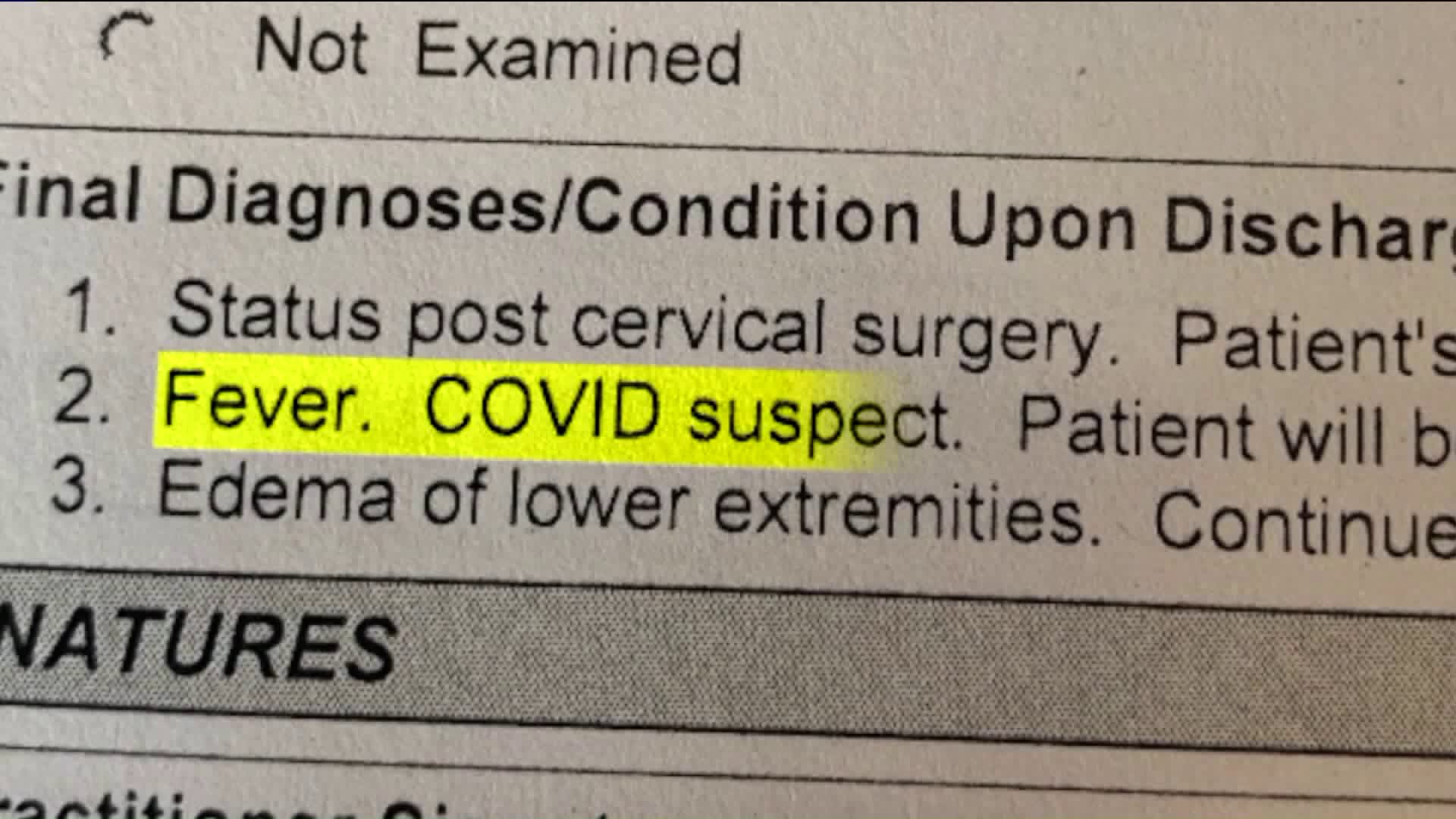 The legal recourse for families whose loved ones died in nursing homes during the pandemic is limited.

NEW YORK — The New York State Department of Health started investigations many weeks ago about the way COVID=19 deaths are being counted in nursing homes.

Michael Arcuri wants to know if his mother, Louise’s, death on April 16 from COVID-19 pneumonia was listed as a nursing home—or hospital—death.

His 74-year-old mother technically died at Plainview Hospital, across the street from the nursing facility where she contracted coronavirus. Louise Arcuri got sick with a fever five days after a state directive said nursing homes could not turn down patients with COVID-19.

Her son, Michael Arcuri, pointed to a blank line on the death certificate.

“I think it’s like line 4-G,” he said. “It doesn’t have where she was transported from, which is Central Island, right across the street.”

Personal injury lawyer, Sanford Rubenstein, told PIX11 more than 20 families had contacted him, complaining about the way their elderly mother or father was treated in a nursing home as the crisis escalated.

“People have a right for damages,” Rubenstein insisted, pointing to shortages in protective equipment and staffing at many nursing homes, which could have led to increased infection rates.

But Rubenstein knows a state provision added to the current budget by the Cuomo Administration makes it very difficult to sue long-term care facilities in the current pandemic climate.

"[It] requires gross negligence to bring a case against a nursing home,” Rubenstein said.

Professor Nina Kohn of Syracuse University, who specializes in elder law, said the New York State legislature really protected nursing home owners and board members with its vote for the provision.

State Assemblyman Ron Kim, a Democrat from Flushing who’s tangled with the Cuomo Administration in the past, said the legal protections given to nursing homes led to owners not having a major incentive to spend large amounts of money on PPE—personal protective equipment—for staff.

“Now, when you’re given corporate immunity,” Kim said, “when you can’t be charged with standard negligence, they’re no longer incentivized to invest in PPE, extra beds, extra staffing.”

Azzopardi pointed out the public should not forget how dire the situation was in mid-March, when the state worried that tens of thousands of patients would be overwhelming hospital emergency rooms and intensive care units.

He reminded us the state needed to recruit health care workers from around the country and put them into nursing homes and other facilities.

“The immunity was needed to get the nursing homes and hospitals to work as one system,” Azzopardi said. “Everyone was telling us we had to quadruple the size of our hospital system.”

“Many states did some form of these laws," Azzopardi said. "The provision was negotiated with the legislature;111 members voted for it.”

PIX11 called Central Island Health Care to ask about the blank line in Louise Arcuri’s death certificate and we're waiting for a response.

PIX11 has been monitoring the COVID-19 death rate at the state’s nursing homes and adult care facilities.