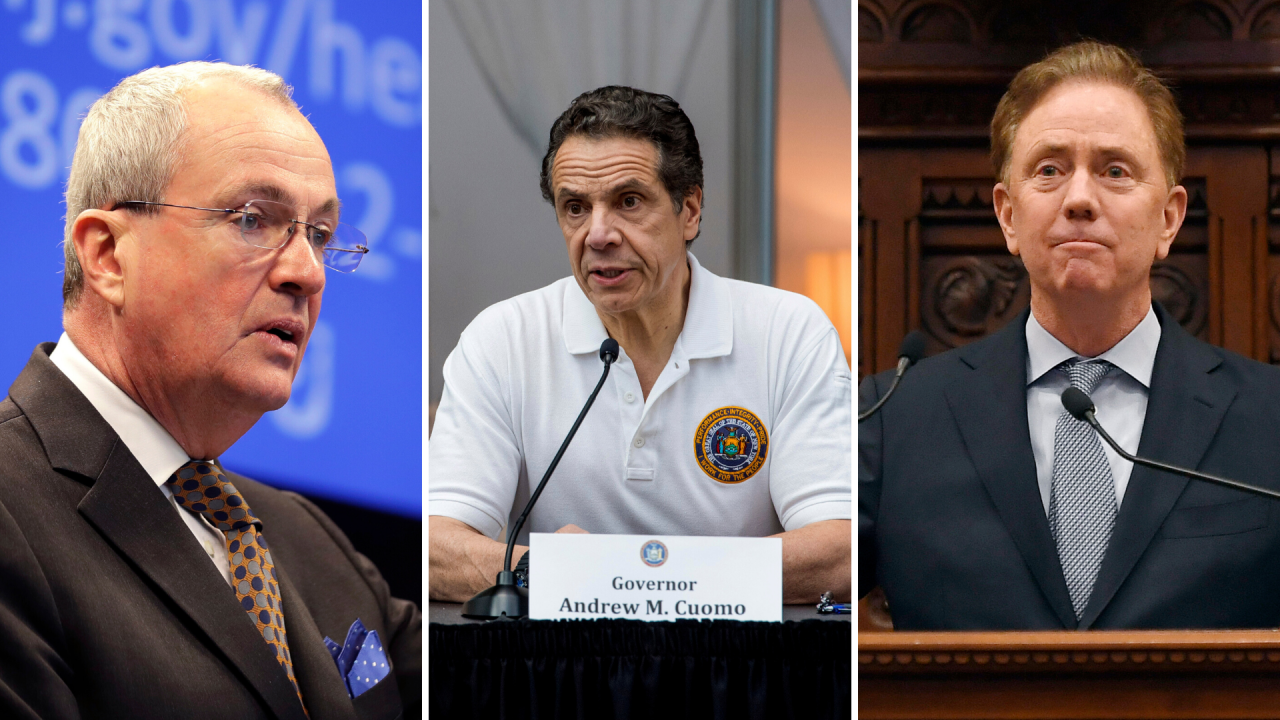 The governors of New York, New Jersey and Connecticut reacted to President Donald Trump's declaration that he had spoken about enforcing a quarantine on parts of their states with a mix of confusion and anger Saturday.

President Trump said he had spoken with some governors and was considering some type of an enforceable quarantine to prevent people in New York and parts of New Jersey and Connecticut from traveling.

He told reporters at the White House that it would be for a “short period of time, if we do it at all.”

"I didn't speak to him about any quarantine... I don't even know what that means," said Cuomo in his daily press conference Saturday. The president said he'd spoken with Cuomo, as well as Florida Gov. Ron DeSantis, who has asked people traveling from the state to Florida to self-quarantine.

“I don't know how that could be legally enforceable," he added. "Not even understanding what it is, I don't like the sound of it.”

"Nothing like quarantine came up," he said Saturday. "I literally saw the story as I was walking into this room. I've got no more color on it.”

"I literally saw the story as I walked in," he added. "Do we consider taking further steps? You bet, whether prompted by the President or not."

Connecticut Gov. Ned Lamont released a statement expressing his concern at the idea.

“Regarding the President’s consideration of a quarantine of New York, as well as parts of Connecticut and New Jersey, our state has already called on residents to stay at home," he said. "Further, if interstate travel is absolutely necessary, our state has directed travelers to self-quarantine to prevent against further transmission of the virus. I have been in close communication with Governor Cuomo and Governor Murphy, and I look forward to speaking to the President directly about his comments and any further enforcement actions, because confusion leads to panic.”

New York is the country's epicenter of the coronavirus pandemic, with New Jersey — especially the northeast part of the state — close behind.

"Some people would like to see New York quarantined because it's a hotspot, New York, New Jersey, maybe one or two other places, certain parts of Connecticut quarantined," the president said. "I'm thinking about that right now. We might not have to do it but there's a possibility that sometime today, we'll do a quarantine, short-term two weeks on New York, probably New Jersey, certain parts of Connecticut."

Over 60,000 people have tested positive for coronavirus between the three states.