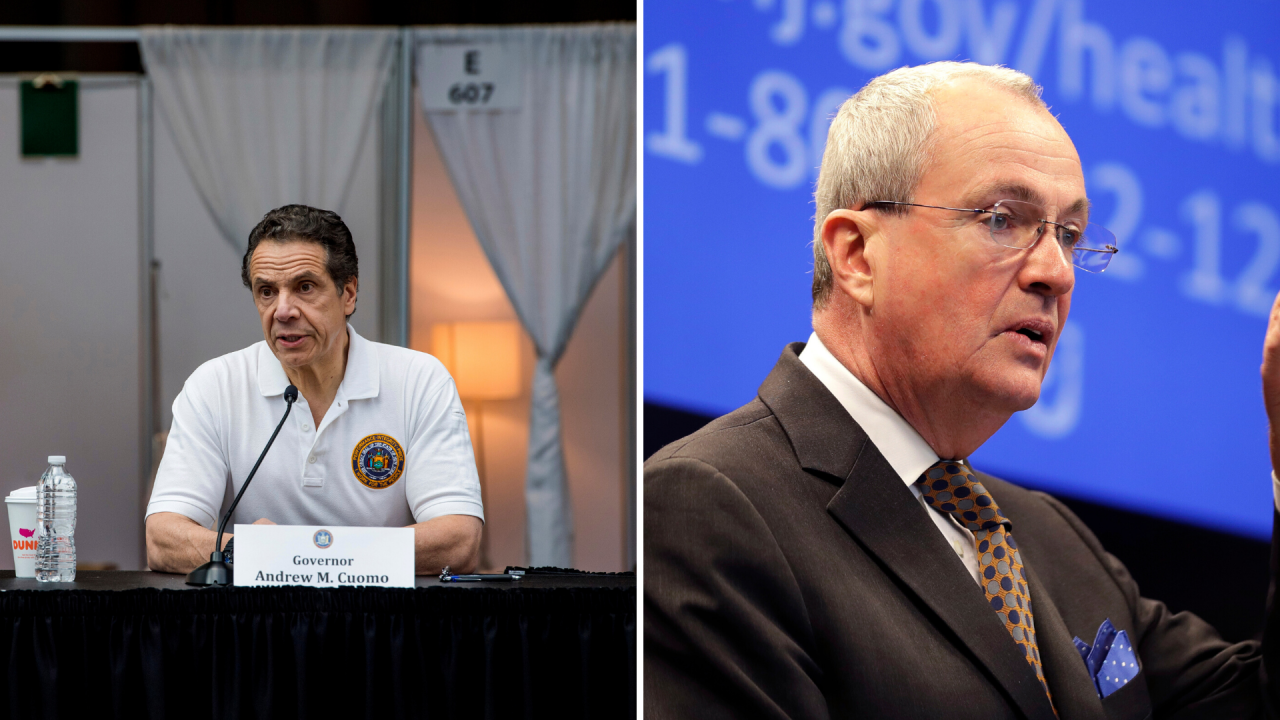 New York's coronavirus death toll hit 5,489 as of Tuesday morning, an increase of 731 people since Monday.

Gov. Andrew Cuomo confirmed Tuesday morning that this was the largest single-day jump in the state. There are now 138,836 COVID-19 cases statewide.

In New Jersey, Gov. Phil Murphy later announced another 232 deaths for the same time period, increasing the state's total to 1,232. This is almost triple the daily deaths reported Monday, and is the Garden State's largest one-day jump.

New Jersey's statewide total of positive coronavirus cases was 44,416 as of Tuesday afternoon, according to Murphy.

The governors noted, however, that ICU admissions are down in New York and total new cases have decreased in New Jersey.

Cuomo added that he is working with Murphy and Connecticut Gov. Ned Lamont on a regional approach to continuing to fight the virus and eventually restarting life once it is under control.