NY may be managing the 'worst week' in the coronavirus crisis; Cuomo warns against over-confidence 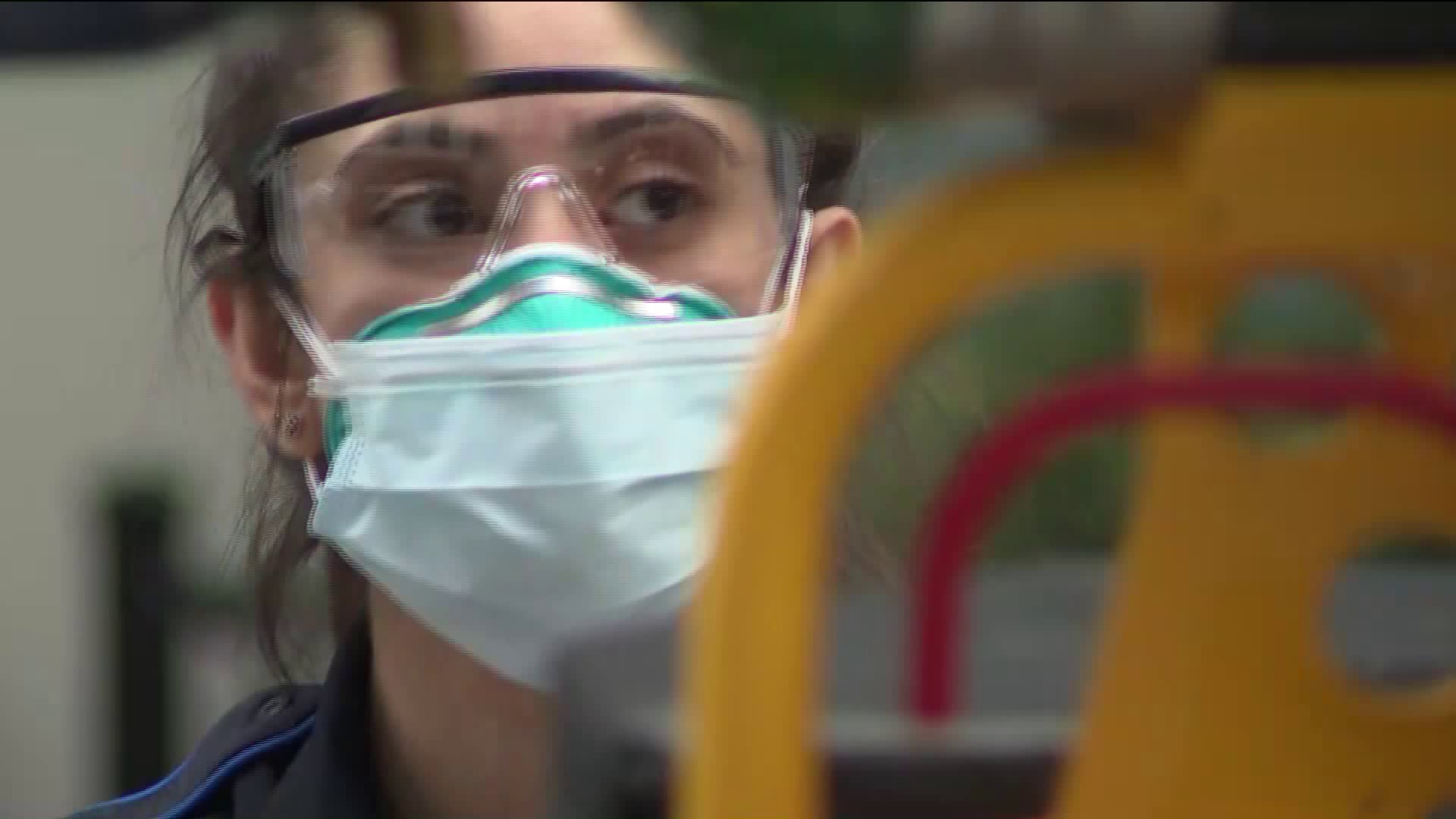 New York Gov. Andrew Cuomo says he is extending stay-at-home restrictions through the end of the month and increasing fines on violators to up to $1,000. He cited fresh evidence Monday that the outbreak-fighting rules could be helping the state avoid a worst-case catastrophe.

NEW YORK — The worst week in the coronavirus emergency may have just begun. That's the assessment from experts from the federal level, down to emergency managers at the local level.

As bad as the next five to seven days may be -- and all indications are that it will be bad -- analysis shows that New York is managing the crisis as well as possible.

Despite that silver lining, Governor Andrew Cuomo warned against New Yorkers becoming overly confident about how the state is handling the virus's spread.

On a similar note, Mayor Bill de Blasio confirmed that New York City is making plans for temporary burials of COVID-19 patients. It puts into focus just how potentially grim the situation may become this week.

It's when when the number of cases is expected to reach its highest level, called the apex, in the curve tracking COVID-19 numbers.

In any case, said the governor, "It doesn't really matter."

In other words, emergency rooms, and all other parts of the hospitals in our area, are already packed.

Cuomo pointed once again to the Javits Center's 3,500 hundred beds being able relieve some of the load, since COVID patients are now being taken there -- they weren't, originally.

Meanwhile, Mayor Bill de Blasio pointed out at a briefing on Monday morning that shipments of 800,000 N-95 surgical masks, as well as some local companies stepping up to make hospital gowns, should get the city's hospitals through this tough week.

De Blasio also gave an indication of just how tough it will be.

"We need to do temporary burials to be able to tide this over to pass the crisis," said the mayo. "Then work with each family on their appropriate arrangements [later], we have the ability to do that."

It was an acknowledgment that the death toll could be remarkably high.

Despite that, there are signs that the state and city are preventing the worst from happening.

"Deaths are down," said the governor at his daily briefing, "new cases are down, intubations are down."

Also, one of Cuomo's advisors, Jim Malatras, presented analysis of three different projections that the state's coronavirus task force had looked at. One projection showed that 110,000 extra hospital beds would be needed to get through the crisis.

Another projection showed half that many beds will be needed. However, the current assessment, in real numbers, was favorable.

"The bottom line, the purple line, is where we're tracking today," said Malatras, pointing to the a chart showing the number of extra beds that have actually been required.

That number is 22,000 beds. It's still a high number, but far lower than the worst projections.

"It's because social distancing is working," Gov. Cuomo said.

It's why, on Monday, he extended his stay-at-home order, called PAUSE, through April 29th, at the earliest. The governor also gave a warning.

"There’s also a real danger in getting too confident too quickly," said Cuomo.