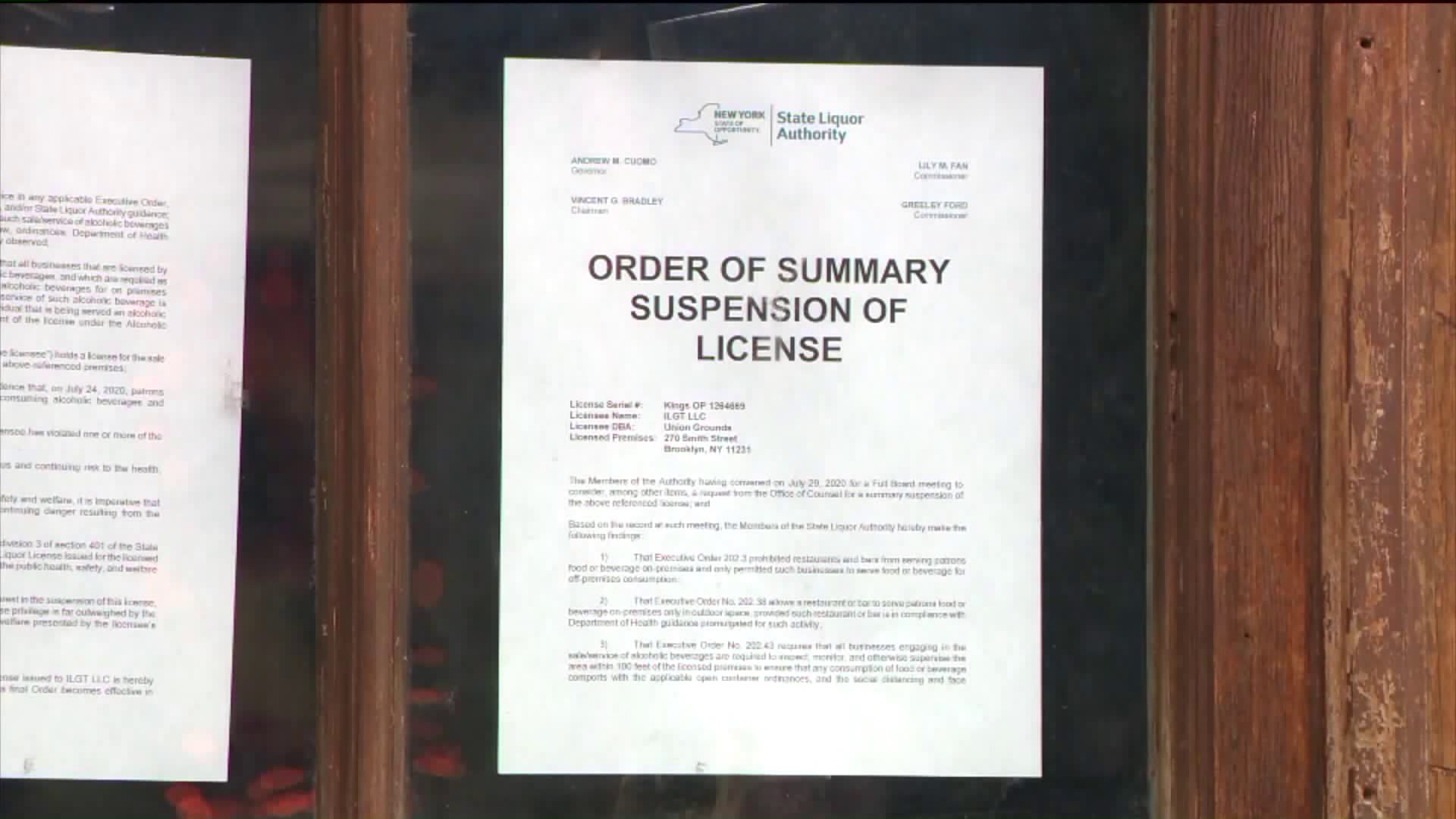 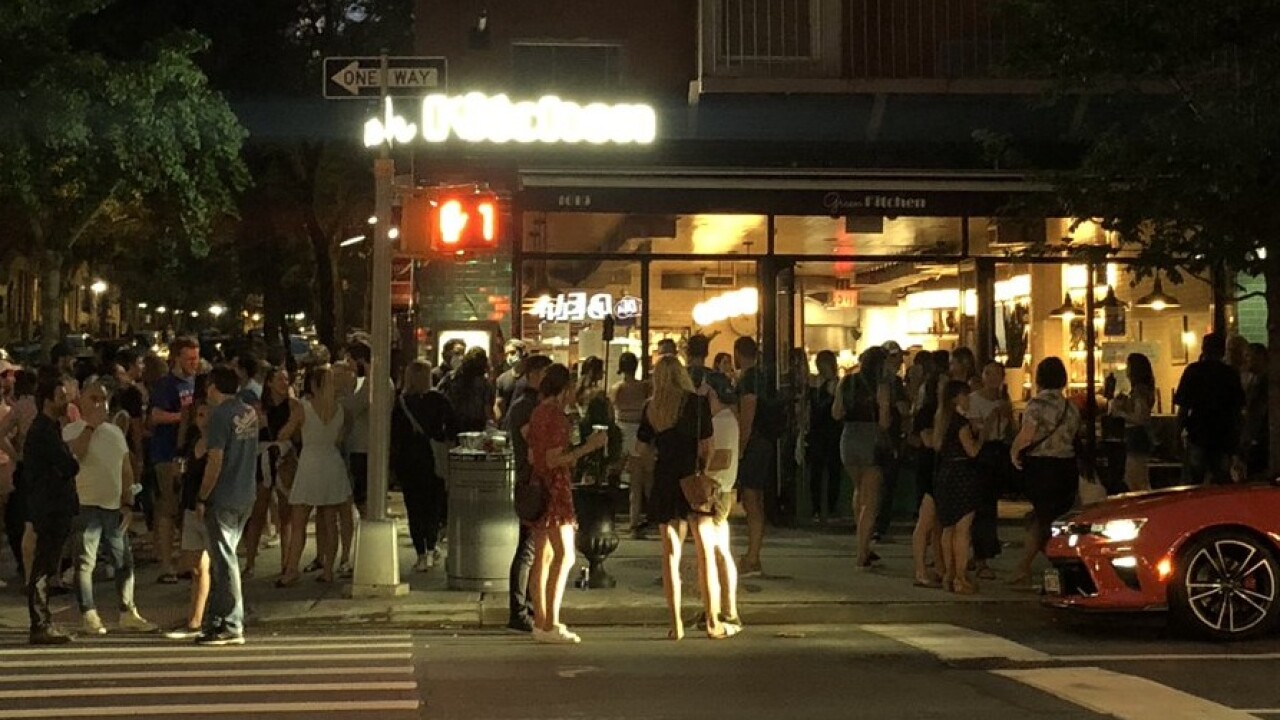 NEW YORK CITY — On a Saturday night at Bar Tabac on Smith and Dean Streets, it’s usually packed with customers on the sidewalk in pandemic times waiting for outdoor tables but not tonight after Governor Cuomo suspended this popular French restaurant’s liquor license until further notice for flouting COVID-19 rules.

“They were serving liquor after they were no longer serving food and they got caught,” Louis Rios, a Boerum Hill resident, told PIX11 News.

Next door, the owner of Cubana Café said he knows he’s got to play by the rules.

“We have to close by 11 and wear the mask not just for business, but for everyone,” Jose Torres said.

Seven additional establishments — three in Manhattan, three in Queens and one in Staten Island — had their liquor licenses suspended on Friday, according to Cuomo.

Of the 41 violations, 27 were in Manhattan, five were in Queens, two were in the Bronx, one each in Brooklyn and Staten Island, three were in Nassau and two were in Suffolk.

“We need the NYPD to step up and do enforcement,” the governor said.

The state has been cracking down on bars and restaurants not following guidelines under Cuomo’s phased reopening plan amid the coronavirus pandemic.

Crowding outside of New York City bars and restaurants has been an issue since the weather began to get warmer and the number of new coronavirus cases started to drop in May.

Cuomo has warned that bars and restaurants who flout dining guidelines, sale of alcohol rules and social distancing restrictions will be held accountable.

He has also repeatedly called on the city and NYPD to step up enforcement.

“I think it’s really a challenge for restaurants and bar owners,” Laura Goldberg, a Brooklyn Heights resident, told PIX11 News. “But they must do everything they can to keep residents and those visiting the city safe,” she added.