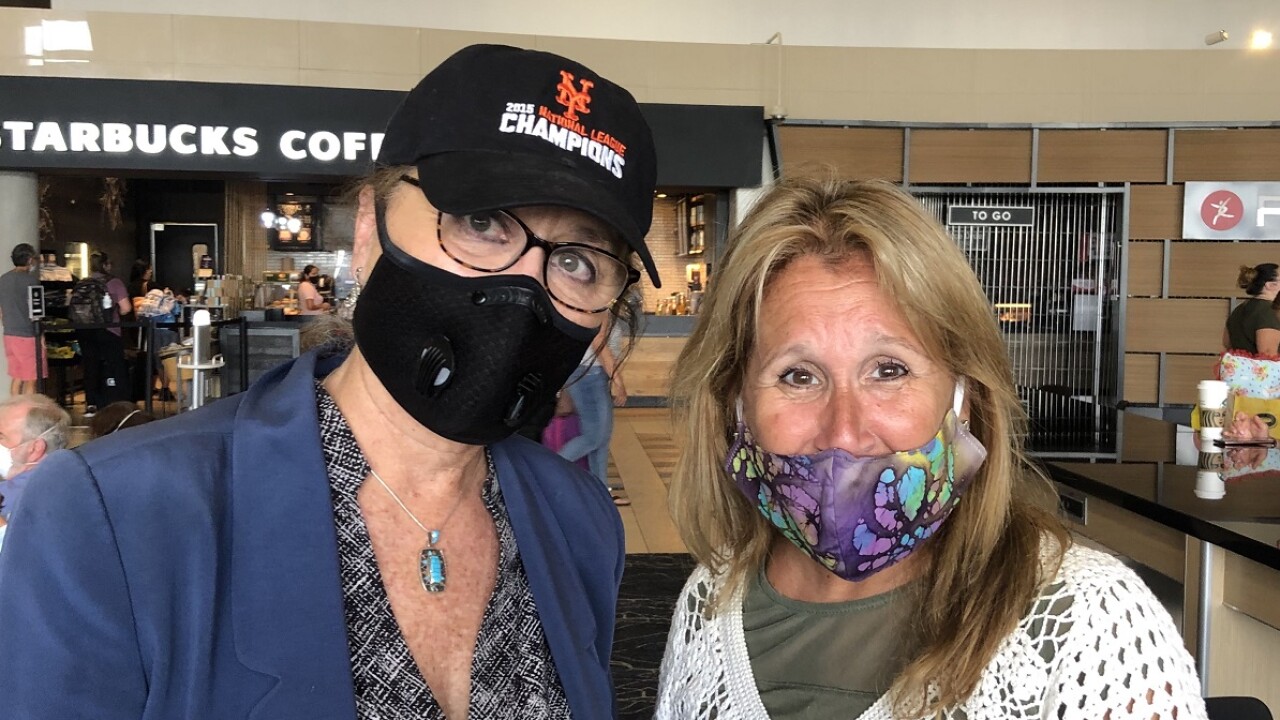 TAMPA — A veteran nurse from New York who has been treating COVID-19 patients in Florida says the cases she saw there were milder.

Shari Layton Ferreira, a 37-year veteran nurse, was leaving Tampa International Airport for a return trip to New York City Wednesday when she shared her thoughts on Florida’s recent surge of COVID-19 cases compared to what happened in New York this spring.

“The patients are less sick; the cases are milder for sure,” Layton Ferreira said of her recent work in the emergency room at St. Anthony’s Hospital in downtown St. Petersburg. “I’m seeing a lot of positive cases, but we’re sending them home to self-isolate.”

Over the past five weeks, Layton Ferreira said she only had one patient who needed to be intubated.

“And he was actually COVID negative. He had a lot of other comorbidities,” she added.

Florida has made headlines in recent weeks for a surge in COVID-19 cases, climbing to 4,000 per day late last week — nearly double the number of cases 10 days before that.

But Layton Ferreira, a travel nurse, said she saw much worse in New York.

“I was at NYU Langone a few months ago, and those patients were super, super sick,” she said. “At the beginning, it was much worse.”

Florida Gov. Ron DeSantis issued an order in late March directing travelers to his state from New York and New Jersey to self-quarantine for 14 days after arriving.

Now, New York Gov. Andrew Cuomo and other northeast governors are thinking of applying a similar policy for visitors from Florida.

DeSantis initially attributed the increase in Florida to more testing as well as illness among day laborers.

However, he recently acknowledged the surge was partly due to younger adults between 20 and 40 years old testing positive.

Florida started reopening businesses in May, with bars and gyms opening their doors by early June.

The mayor of St. Petersburg issued a directive this week that people must wear masks when entering business establishments in the city.

Miami-Dade and Broward counties in southern Florida have racked up much higher numbers of COVID-19 cases than other regions — although the Tampa and Orlando areas are experiencing surges, too.

Layton Ferreira, a Long Island native, was returning to New York City Wednesday on a contract to work in COVID-19 wards set up at Coler Hospital on Roosevelt Island.