'Nothing more could have been done': Trump's final phone call to Woodward 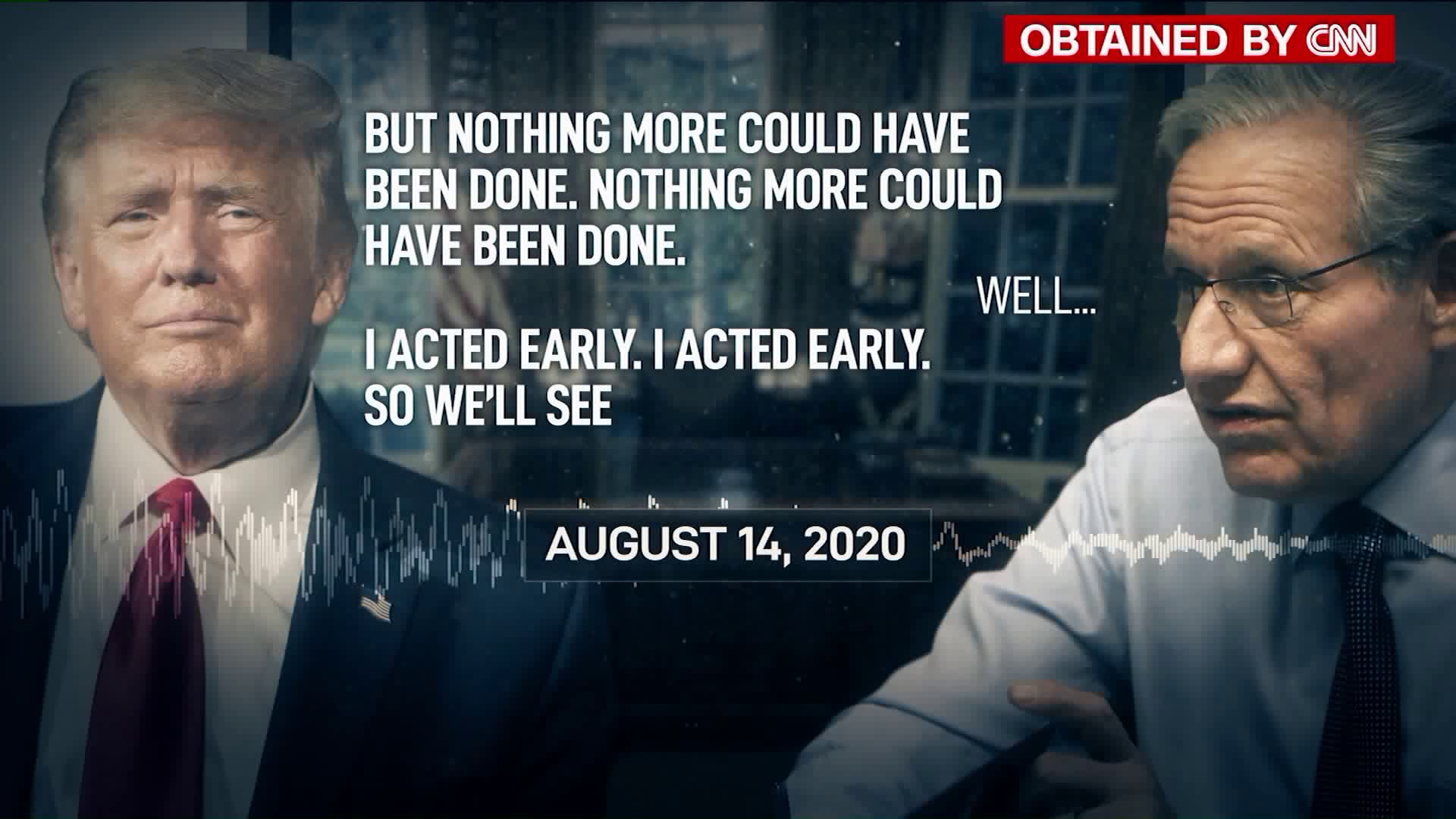 President Donald Trump told journalist Bob Woodward that “nothing more could have been done” in his response to the coronavirus.

President Donald Trump told journalist Bob Woodward that "nothing more could have been done" in his response to the coronavirus.

Trump spoke to Woodward in August after he learned the journalist had completed his latest book, “Rage," to get a better idea of how he would be portrayed. That's according to CNN, which obtained excerpts of the 10-minute conversation.

Woodward had 18 interviews with Trump for the book.

As the two discussed Trump’s performance on COVID-19, the president said, “Nothing more could have been done. I acted early.”

Almost 195,000 people in the U.S. have died of the coronavirus, far more than in any other country. There are more than 6.5 million confirmed cases in the U.S.

In another part of the conversation, Woodward tells Trump there are parts of the book that he won’t like. When Woodward talked about the virus, Trump reminds him that the stock market has come back strongly and wanted to know if he covered that as part of the book. Woodward assured him that he did.