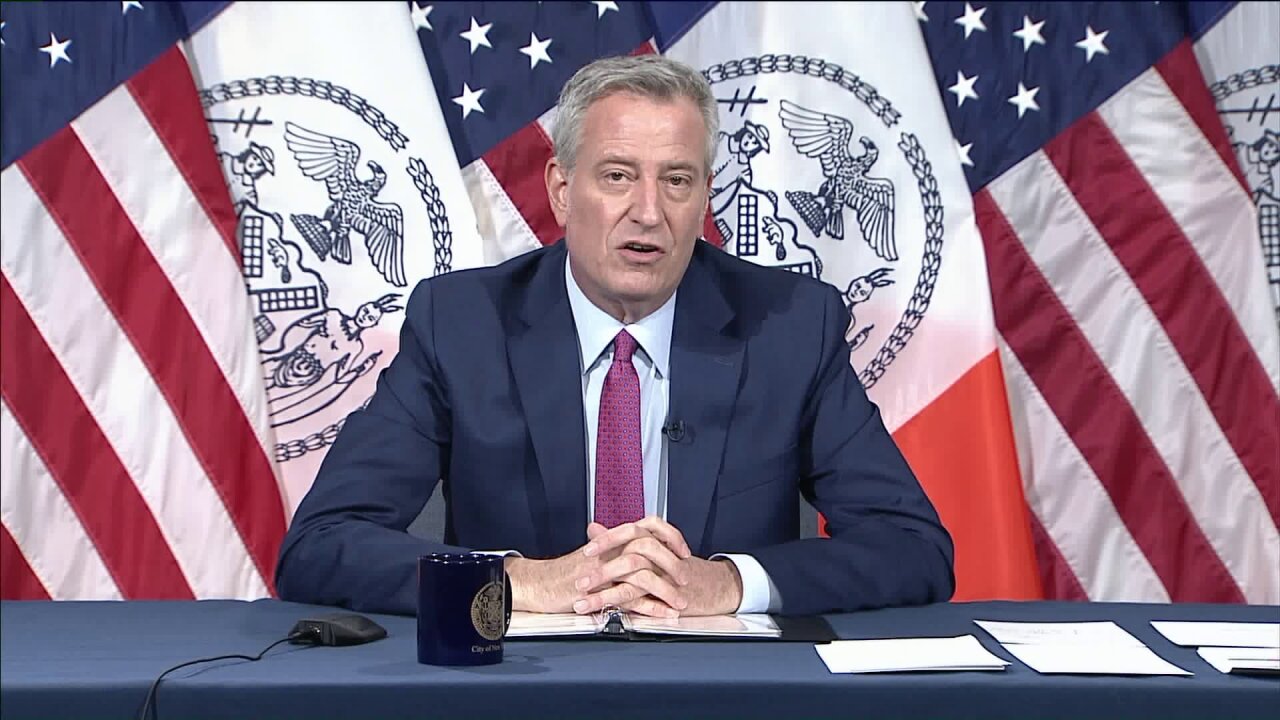 NYC Mayor Bill de Blasio gives an update on COVID-19 in the city.

Currently, New York's PAUSE plan is in effect through Friday, and the governor has indicated some northern regions of the state could reopen businesses if they meet the criteria and health data needed to do so.

The mayor, however, said health indicators for both the state and the city show "we're not ready yet."

“We’ve got to bring it back to the science and data," de Blasio said.

The mayor and Cuomo have been critical of states that reopened early, warning that doing so could create a spike in new coronavirus cases and fatalities.

“We need to see it sustain in a deeper way ... Right now, that takes us into June," de Blasio said of the health data tracking the outbreak. "Will assess what will happen by the end of May, early June."

As of Sunday, 178,766 cases of coronavirus have been confirmed in New York City since the outbreak began and 14,753 people have died. An additional 5,178 deaths are under investigation as likely related to COVID-19, according to the city Health Department.