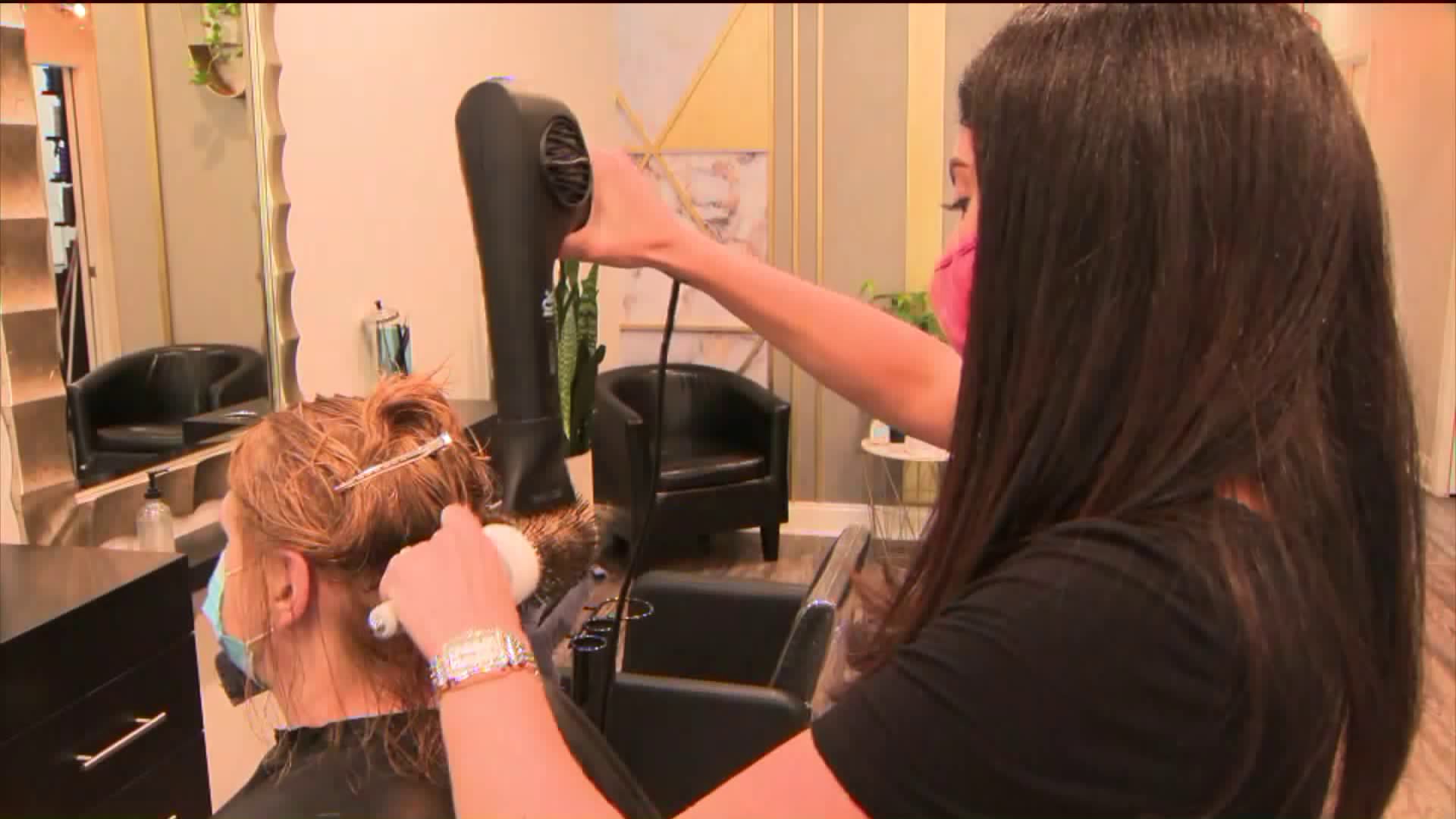 New Jersey small businesses will get a boost with $15 million in federal funding from the CARES Act, Gov. Phil Murphy said Tuesday.

Murphy said Tuesday the funds stem from the federal Coronavirus Aid, Relief and Economic Security Act and is in addition to more than $100 million in aid administered by the state’s Economic Development Authority.

The governor made the announcement outside the A-List Hair Studio in North Brunswick, a town he hailed as being very supportive of its small businesses.

Qualifying businesses with 25 employees or less could receive up to $10,000 in grant money.

So far, nearly 11,000 businesses have been approved for grants, according to the governor.

Murphy said the program is not currently accepting more applicants but the additional funding will allow the state to help more business owners who already applied.

Angela Kriz, April Pluhowski and Anna Scelsa are the three “A’s” behind A-list Hair Studio in North Brunswick. With their doors closed — they applied to the state for emergency grant funds to help them survive.

"There was a lot of uncertainty in the beginning of, you know, when, how we would reopen," said Angela Kriz, co-owner of A-List Hair Studio.

"We actually got denied for having what they considered too many full time employees," said Pluhowski.

When the second round of funding opened up in June — with $50 million available and less stringent requirements — they reapplied and were approved.

With the money, they bought disinfectant and cleaning supplies, personal protective equipment, air filters and they’ve been fumigating the salon in off hours to kill any airborne illnesses.

"Definitely the grant has helped so we don’t have to go red!" said Kriz.

Eligible small businesses in New Jersey can get up to $10,000 dollars. But thousands are still waiting. Today’s $15 million infusion will bring the state’s total aid from this program to $70 million.

"Our small businesses are the backbone of our economy," said Murphy. "More New Jerseyans work for a small business than anywhere else."