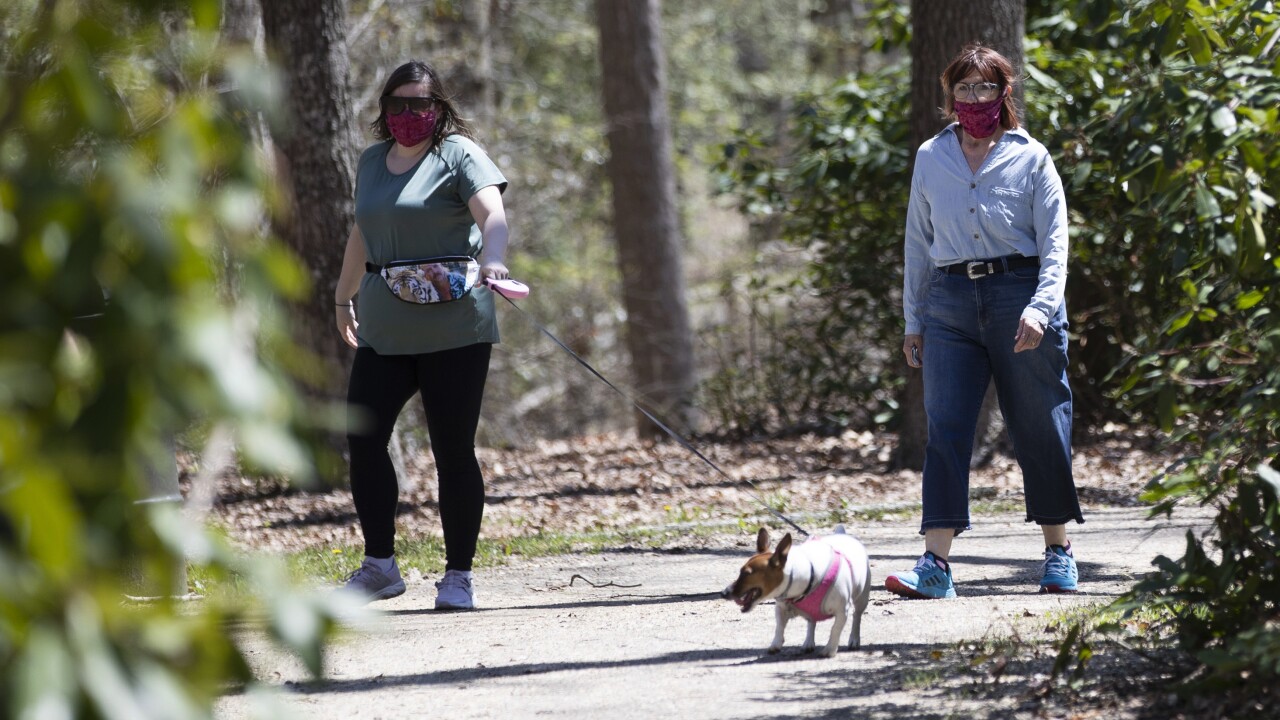 “I want to thank the overwhelming number of you who did the right thing,” he said during a coronavirus briefing. “We heard very few instances of knucklehead behavior that would require me to reverse course and close them again.”

This past weekend posed a potential perfect storm of overcrowding amid the COVID-19 crisis as the reopening of recreational spaces coincided with beautiful spring weather.

Murphy praised residents for respecting social distancing rules at parks and beaches, however, the governor said he would like to see more people wearing masks.

While out for a run in Thompson Park in Middletown on Sunday, Murphy said he noticed the park was set up perfectly for social distancing and there weren’t any gatherings, but about 80% to 90% of people were not wearing masks.

“The only exception, I would say, not enough masks,” he said. “That’s something that we have to continue to pound upon.”

State Police Superintendent Patrick Callahan said almost no executive order violations were issued at state parks, though some people received summonses for parking outside of lots when they hit 50% capacity and were closed.

“I also had a call yesterday morning with all the police chiefs from the entire state, and from Sussex to Cape May there was just overwhelming compliance on what everybody knows were two gorgeous days,” he added.

Murphy said parks and beaches will continue to be monitored and warned the recreational spaces would be closed again if there is a reversal in progress on key health indicators related to the COVID-19 outbreak.

As of Monday, there were 128,200 confirmed cases of coronavirus statewide and 7,910 fatalities.