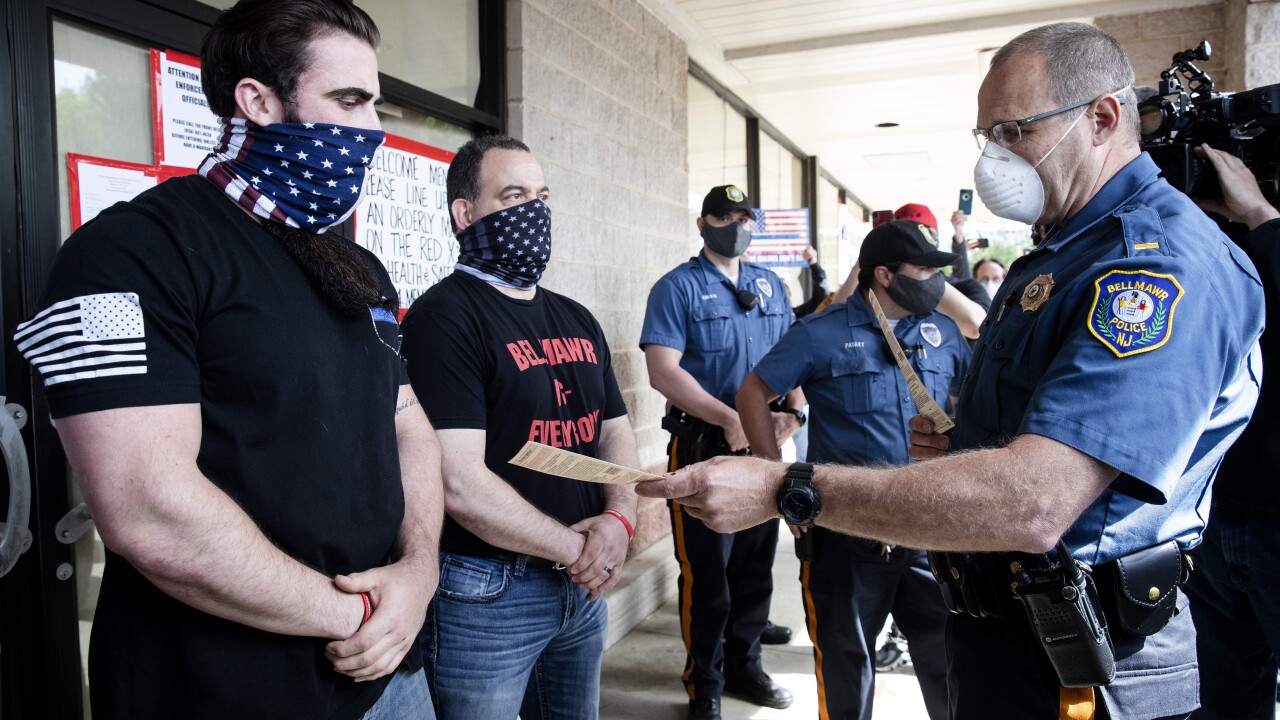 BELLMAWR, N.J. — The owners of a New Jersey gym who have repeatedly defied the governor’s order to remain closed during the COVID-19 pandemic have been arrested on contempt charges.

Ian Smith, of Delanco Township, and Frank Trumbetti, of Williamstown, were also charged Monday with obstruction and violating the Disaster Control Act.

The two men were processed at police headquarters and released later Monday morning. They and their attorney could not immediately be reached for comment.

The pair operate the Atilis Gym in Bellmawr.

The owners reopened the gym's doors to customers in May in defiance of Gov. Phil Murphy's stay-home order, sparking a legal battle over whether the order was constitutional.

A state judge had ruled Friday that New Jersey authorities can shut down the gym.

The ruling authorized the state health department to put locks on the doors or put up barriers to ensure compliance.